In the current political saga that ended with Nawaz Sharif going abroad for treatment unconditionally – for four weeks, the role of Shehbaz Sharif cannot be overlooked. It was him who played at the front-foot with keen observation of political and legal scenario. Ended the entire political turmoil with sagacity. He played a crucial role in fighting legal battle against arch-political rival Imran Khan. Big brother convicted in Al-Azizia reference was languishing in prison, Shehbaz took reins of the party and used his diplomatic style to gain ultimate task of sending Nawaz abroad with objective to have medical treatment in London.

Shehbaz Sharif appeared before Lahore High Court in a bid to defend his ailing brother. He remained in touch with his legal team and gave guarantee of his brother that he would come back once he gets hale and hearty. 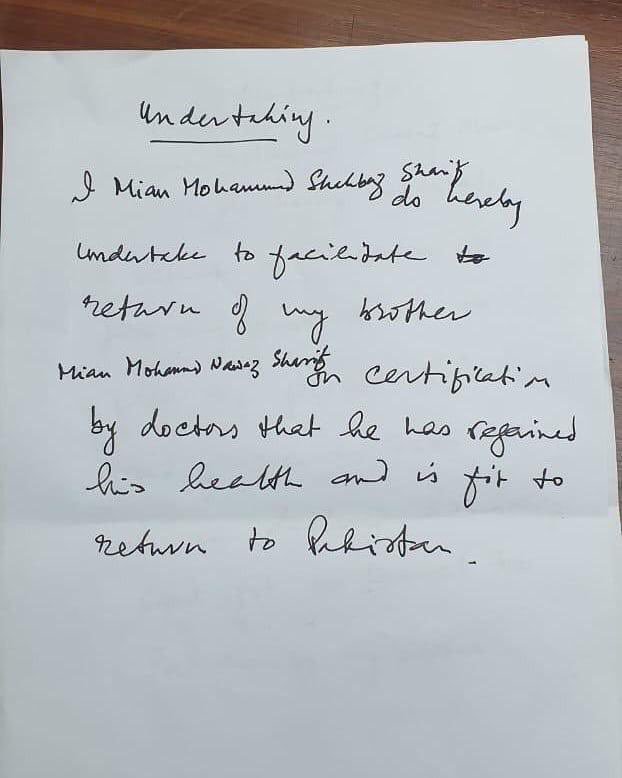 Shehbaz Sharif’s guarantee on plain paper regarding his brother return upon getting recovered.

Some opine he held better understanding with the men in power. In spite of being in bad books of PM Imran Khan and even NAB, he presented Sharif family views to the best extent possible at places where required.

On the other side and before this political turmoil, political opponents of Shehbaz Sharif were of the view that a clear and wide contradiction can be found between Shehbaz’s and Nawaz’s narrative. They termed it fighting for party’s leadership. Time and tide proved these brothers were one and the same. And not only they but their offspring too as no clash evidently surfaced.

During the entire process, Shehbaz remained active as he used to be during his tenure in Punjab. He used to be on roads early in the morning and was well conscious of handling complex matters. Unlike Buzdar he was a strict administrator who had knack to handle bureaucratic puzzles with astute mind and even appease common man by taking swift actions against law-breakers.

During the last years of PML-N’s government when Nawaz Sharif was facing severe backlash due to Nawaz’s manifest tussle with establishment, Shehbaz Sharif remained silent and cool-minded. He adopted smooth stance that left room for him to come to agreement with institutions. He even attempted to mend ways with Imran before and after elections, but on receiving cold response, and seeing his brother and niece going behind bar, he jumped on scenario, holding pressers, sharing stage with Maulana and even Bilawal. 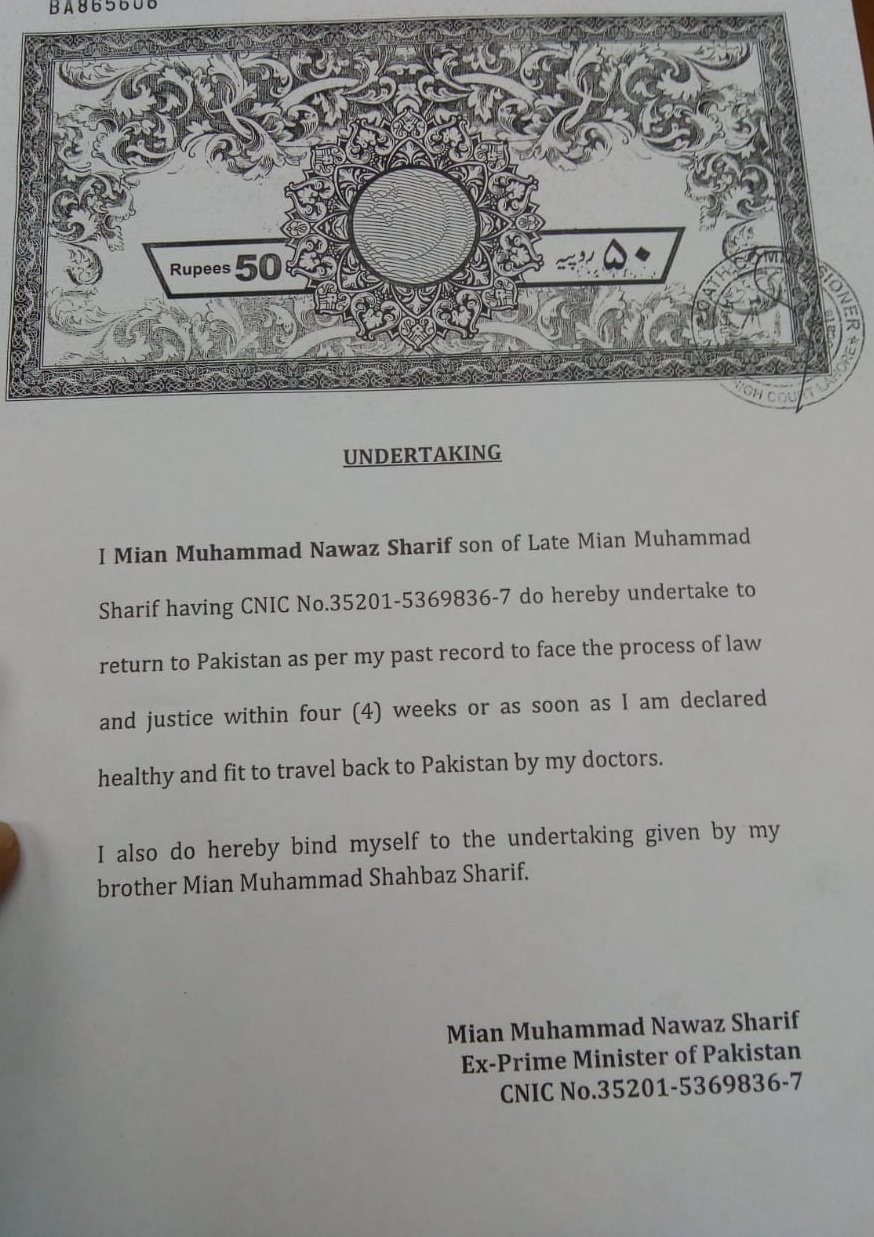 Nawaz Sharif’s undertaking that he would get back after medical treatment.

During the entire process, Shehbaz remained active as he used to be during his tenure in Punjab. He used to be on roads early in the morning and was well conscious of handling complex matters. Unlike Buzdar he was a strict administrator who had knack to handle bureaucratic puzzles with astute mind and even appease common man by taking swift action against law-breakers.

Even now Shehbaz Sharif is accompanying Nawaz Sharif to London. He has been with him through thick and thin. And all rumors of contradictions between them have proved to be fabricated. Keeping his track record in consideration, it would be justified to say that Shehbaz has been an extraordinary supporter of his brother who efficiently and shrewdly did not let his brother in particular and family in general down. Thus this really makes a true ‘GAME CHANGER’ in the contemporary time of political upheavals!

Imran Khan – The ray of Hope