The Forgotten Days of Innocence: Olden Vs. Modern-Day Cartoons

Who could ever forget that feeling of joy as a little child when we are finally allowed to watch TV after a day of school, homework, and chores? Many children live for those few hours of primetime entertainment and what better ways to be entertained than by rolling films of animated cartoons? The characters in cartoons appear genuine to toddlers and youngsters who, through their influence, enjoy imaginary friends and playmates, learn about etiquettes and manners, ways of conduct and the principal qualities of life, while still having fun!

The gradual decline in the fun, positive outlook and disposition of cartoons made in the 90’s to the negative, dark and violence-encouraging animation being developed in modern times is an enormous shock to people who grew up back then and are now parents to tiny humans who need all the love, protection and care they can get. Being shown violent scenes, guns, protests, bullying, deaths, and many more obscene, grueling sights is definitely not sheltering them. This may be the reason why we hear of children bearing guns to school and killing or injuring their classmate. A child of six! Stories are reported of repeated bullying, animal cruelty, and the likes among children which ought not to be.

Powerpuff Girls (Official debut: November 1998, executive producer: Craig McCracken) brought about positive changes in the Girl Power movement, years before individuals and society properly started taking it seriously. A cartoon, whose main characters are female, striving to save their town and the universe from dangers every single time, isn’t that wonderful? 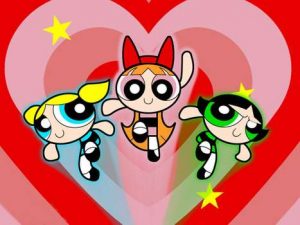 Now let’s take a look at this animated series which premiered on January 7, 2011, on YTV. The title alone is a turnoff for responsible parents carefully searching for good entertainment for their innocent children: Almost Naked Animals. What exactly would be the reasonable expectation for the animated series? Discovering naked animals? Or to alter the innocent perspective of children towards animals? 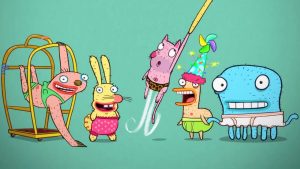 Tom and Jerry (created in 1940 by William Hanna and Joseph Barbera), the famous cartoon whose fame was achieved through its producers; creative ways of bringing out many spinoffs and episodes that interested kids and brought out their do-good side because evil never pays. The cartoon portrayed Tom as a mischievous cat who never relents in pursuing Jerry, a mouse. It is drafted from the behavior of cats in relation to rats. What makes it interesting is that many obstacles, traps, and distractions are set most often before Tom by Jerry which often results in a hilarious, dreadful misfortune suffered by Tom. Some traps are also set by Tom. In the end, Jerry always wins. Even if he is captured, he manages to escape. Yet Tom never retires. This could appeal to children to continuously pursue their dreams until they achieve it and view every stumbling block as a cloaked blessing in disguise. It could also be seen the other way round, that is, to always be smart in their dealings and endeavor not to be ensnared in the traps set by deceiving people. 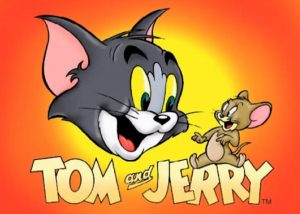 Ren and Stimpy Adult Party Cartoon is an adult animated series developed by John Kricfalusi for Nickelodeon. This show is simply one of the worst shows ever made. It is a spinoff from the original cartoon Ren and Stimpy which was much loved by children. Six episodes were developed to be aired, however, due to the overwhelmingly negative reactions by members of the society, three were suspended and later the show was canceled altogether. One of the episodes, Ren Seeks Help is easily regarded as the worst cartoon episode ever made. Ren seeks help from a horse doctor, then we are shown a lot of horrible, ugly, grotesque pictures of Ren’s birth, the torturing of innocent animals, and his parents sharing intimate moments which is clearly inappropriate for toddlers, youngsters and preteens. 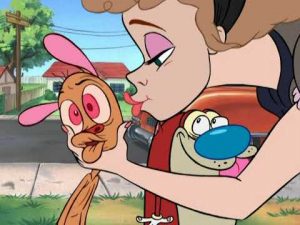 Pinky and the Brain were a favorite in many homes. It featured two creatures, one called Pinky, the other called Brain. This cartoon simply portrayed intelligence. Pinky teamed up with Brain and through any obstacle or highly insurmountable problem, they would always manage to find their way out of it. The key emphasis in this animation is superior intelligence and teamwork, as with Power Puff Girls. Children are encouraged to work in groups at school and regular test their knowledge and intelligence skills. 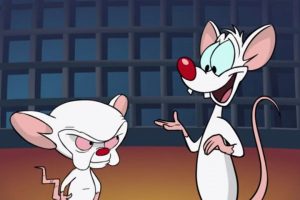 How about a show where a dog kills victims at the slightest whim, then resurrects and kidnaps them to an underground lair thereby making them captives who do his bidding? This is the major storyline for Mr. Pickles, an adult animated cartoon series. This is unsuitable for young children who have pets. As wild as the minds of the young ones’ are, they would begin to be insanely inquisitive and curious wondering if perhaps, their pets possess some secret superhuman powers they are unaware of. This could equally generate animalistic tendencies and desires to create their own lairs with the wrong mindset that they are doing it for the greater good of their community and mankind. This is how serial killers are made. 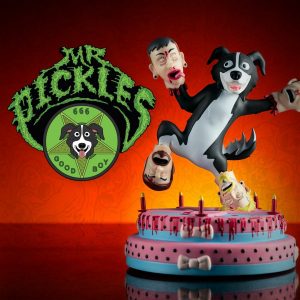 Characters created by Warner Bro and its sister companies such as Donald Duck, Mickey Mouse, and Bugs Bunny continue to bring laughter and happiness through generations of children. In the next 100 years, that generation will still be greeted with the smiling faces of that yellow beak ed, blue sailor cloth wearing duck, the carrot eating rabbit, and that mischievous Mouse.

Chip n’ Dale, the trouble causing, naughty cartoon squirrels whose names are derived from the famous furniture and cabinet maker of the early ’90s, Thomas Chippendale made watching cartoons all the more funnier because they were the archenemies of Donald Duck and Pluto . Children would take sides between the cartoon characters and argue vehemently and ever so earnestly with their playmates about which character is better, then forget it all in a jiffy in a frantic, hilarious dash to play at the swings. We need not to say much about Popeye whose tremendous efforts made him a hero in the eyes of babies. 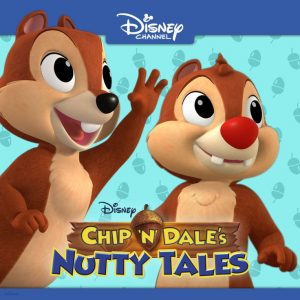 All is not to say that there aren’t any really good, modern cartoons that make children want to do good, be helpful and kind to their neighbors, and eventually grow up to be upstanding citizens of their community. Examples of these modern cartoons are Miraculous: Tales of Ladybug and Cat Noir which is currently in its third season, My Little Pony: Friendship is Magic, Gravity Falls, Rick and Morty, Sponge Bob Square Pants, The Simpsons, Sofia The First and many more.

It is appropriate to conclude these particular modern cartoons have the same appeal and credibility as the ones created in the 90s. However, many are generally tilting towards a violent, inhuman, grotesque, and degrading nature. In times past, even when the cartoon is bordered on using weapons, there never used to be any blood and gore in scenes, and it was presented in very good graphic designs, and bright colors. Nowadays, the case is not usually the same. What are we teaching our young ones? On this note, parents should beware the kinds of cartoons they put out for their kids to follow.

Men in a male dominated society

Trucks In Pakistan, A Death Trap