Players To Watch Out For Pakistan In World Cup

The Green Shirts will be entering the World Cup with a well balanced squad. Many experts have deemed Pakistan as the favorites to lift the trophy at the 2019 World Cup given the strong record Pakistan possess in UK. The inspirational come from behind victory in the champions trophy 2017 warned other teams that you just can’t take Pakistan lightly.

A lot is at stake during cricket’s most prestigious tournament. Teams leave no stone unturned to bring out their best at the big stage. The margin for error is minuscule.

The single team round-robin format has also been reintroduced after a gap of 27 years. This implies that each team will play the other team once and play 9 matches during the group stage.  Same format was used in the famous Cricket World cup 1992 in which Imran Khan’s cornered tigers stunned the world.

In such format, a team must show consistency to remain in contention for the top four spots. Each and every team in the world cup have bunch of players who can be match winners on their day. England has Joe Root, Eoin Morgan and Jos Buttler.  India has Rohit, Kohli and Bumrah. These players can turn the game on their heads and can win matches for their team single handedly.

But what does Pakistan have to offer? Let’s see some of the players to watch out for in Team Pakistan: 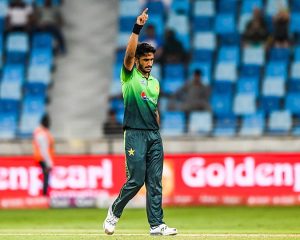 Hasan Ali is currently the best fast bowler in the current team. He is kind of a player who can rip through batting lineups in the middle overs which is the most important and match defining phase of a match. He announced himself at the biggest stage when he was instrumental in Pakistan’s historic champions trophy victory in 2017.  He finished as the tournament’s leading wicket-taker with 13 at an average of 14.69, while only conceding 4.29 an over. Hasan’s ability to strike regular middle-overs blows was a key factor in Pakistan lifting their first global ODI trophy since the 1992 World Cup. With summer expected to be hotter than usual this time in UK, pitches are expected to be dry and if there is any reverse on offer, this will make him more lethal in such conditions and he will be a really key factor for Pakistan’s chances in the world cup. 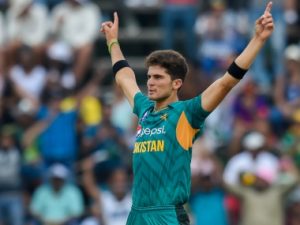 Shaheen Afridi is one of the most exciting emerging pace prospect of Pakistan cricket. With raw pace, brilliant line and length, excellent wrist position and tall height he has everything to become a future all-time great for Pakistan.  His ability to blow regular strikes in early overs give Pakistan a head start and advantage in early stages of a game. Shaheen rose to the prominence when Indian Legend Rahul Dravid praised him and said he has all it takes to be a future star and become a real asset to the national side. Afridi finished with 12 wickets in five games, the best for Pakistan and joint-fifth in the overall list. A string of decent performances in PSL 2018, followed by Windies tour to Pakistan, a dip in Amir’s form helped Shaheen to feature in ODI’s regularly for Pakistan. He never looked back since then and is a regular feature of Pakistan’s ODI team. With 19 wickets in 10 ODI games with impressive average of 19.36 and decent strike rate 24.2, he can be the X Factor for Pakistan going into this year’s mega event. 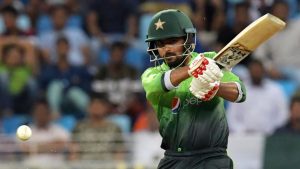 “Play the first and the last ball of a match” was the advice a 15-year-old Babar Azam got from his club coach in Lahore and that advice Babar has learnt off by heart. Top 3 of any team plays an important role to build the foundation for a team to get to a decent start and then provide a platform to lower order batsman to hit big in later overs. And he is playing that anchor role at number 3 perfectly for Pakistan for a while and he is currently considered as the backbone of Pakistan’s batting lineup. The maturity and calmness he possess on the field, he is considered as the next big thing in Pakistan cricket. Since cracking three consecutive centuries against West Indies in 2016 – just a year after his international baptism, Babar has risen to number fifth in ODI rankings. Cricket pundits compare Babar to current world’s best batsman Virat Kohli of India. Babar’s stupendous start to international cricket hints he has the ability to match the Indian superstar, if not overtake him. For a fact, Babar has scored 1,000 and 2,000 ODI runs faster than Kohli. The last four years have seen him mature as one of the top batsman in limited-overs cricket.  Pitches in England will suit batsman and his role at number 3 will be really vital for Pakistan to get big scores regularly at the world cup.

Although the Pakistan team is as unpredictable as English weather, but you can’t write them off. They have a history of doing well in England, perhaps due to their bowling. Even though selection committee made a huge statement by excluding non-performing Amir from 15 men squad for the world cup, but this team still have enough firepower to demolish any opposition on their day and the passion and hunger for success these guys have, could well turn out to be the spark Pakistan team needs to lift the much-coveted trophy.

‘Chap Soy’ sounds weird, but this pure organically prepared Desi style food can be found in the mountains of scenic Hunza Valley