Cold breeze is blowing on beach of mount Lavinia. Delegates of Commonwealth Heads of Government Meeting 2013 (CHOGM 2013) were getting ready to take a tour of city. It’s been two exhaustive days of diplomacy, public relations, negotiations and identifying common goals towards agenda for framework of cooperation among commonwealth countries which had 1.2 Billion population of youth. With last thrust to achieving Millennium development goals additionally this exercise was also helpful in providing base for identifying requirements of Sustainable Development Goals in commonwealth nations. Pakistan was not able to meet most of objectives laid out for it in Millennium development goals. 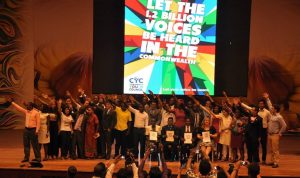 Prince Charles celebrated his birthday by cutting cake in Sri Lanka as he was there in place of HM Queen Elizabeth the Head of Commonwealth. Delegates from 52 countries of commonwealth were acting like big joint family.

Sri Lankans were the host to esteemed event of CHOGM 2013. And as the Irish proverb goes “A guest should be blind in another man’s house.” I made a few friends who belonged to government of Sri Lanka and they took me around the city. Friends from some other countries also joined in later at Old Colombo Dutch hospital court yard. It is a 17th century Dutch piece of architecture.

Discussion started from history then to Jasmin tea from there we stepped in 20th century. Migration of Muslims as Arab traders and living in Ceylon from 1200 years came to for front in this century. Their contribution to Srilankan economy as businessmen which extended to every sector of economy. Establishment of All Sri Lankan Jamiyat Ulma in 1924 even before independence of Sri Lanka (Ceylon) in 1948. When in 1980’s Srilankan ethnic conflict began Muslims were not party to it. But rifts between Government (with Buddhists elite who happen in power) and Rebels (Tamil Tigers which are mostly ethnic Tamils by religion Hindu but also include very small number of Muslim and Christians). Although there were issues with Bodu Bala Sena but they never amounted to such large scale. A civil war started in 1980 by minority of Tamils by religion which are mostly Hindu, stretching over three decades came to end in 2009. Large number of Tamil tigers and leaders of rebellion were killed by Sri Lankan Army. President Mahinda Rajapaksa hailing from Hambantota with help of Defense Secretary Gotabaya Rajapaksa completed the pledge he took in 2005.  He abrogated ceasefire and lead final expedition and restoring government’s writ. Report by Panel of experts on accountability in Sri Lanka  was submitted to Secretary General of United Nation in 2011 suggested that nearly 40,000 civilians were killed in last phase of this civil war.

This southern son of soil, Mahind Rajapaksa promised development and growth. He commonwealth was at the center of it. In June 2012 he addressed Commonwealth Economic forum at Diamond Jubilee Celebrations of Commonwealth.

In 2013 he was successful in grabbing international attention by hosting Commonwealth Heads of Government Meeting 2013. We continued to serve in our respective programs and committees to contribute for greater good of commonwealth and world while we kept an eye out for progress. 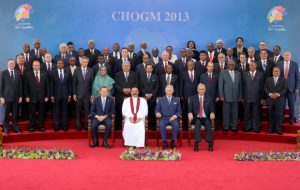 In long run economic benefits were not harvested according to the magnitude of event. However, Chinese investment gave thrust to much needed economic growth. But domestic economic mobility goals were not achieved. It has resulted in rise of foreign debt to 94 percent of GDP in 2015 from 2010’s 36 percent of GDP.

The incidents of communal violence risen, amidst the rise social and economic pressures. President Maithripala Sirisena’s government is accused from time to time failing to take action against groups that incite hatred against minorities.

Last Sunday 21st April 2019 there was a series of blast in major hotels and churches on Easter. After incident Rajitha Senaratne revealed in press conference that there were warnings from intelligence agencies about terror attacks on Easter. It was also pointed out that there was lack of coordination which could have prevented the 359 deaths, among them 39 are foreign nationals.

State Minister of Defense for Sri Lanka Mr. Ruwan Wijewardene in press talk admitted laps in communication of information. He also pointed out the fact that most of the suspects involved in bombing are well educated.

Differences between Prime Minister Ranil Wickremesinghe and President Maithripala Sirisena who is also head of police is president are one of major causes of acting upon failure on provided intelligence. Election in December 2020 are to be held. Internal rift in administration failed to prevent attacks. They are expected to grow as election approaches. 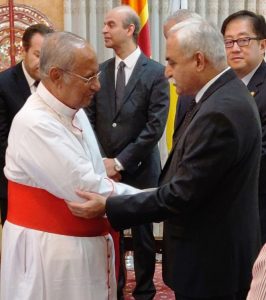 Writer works in special projects cell. He can be reached at ali.ehtsham@dunyatv.tv

The Seven Steps Of Goal Setting