The Dilemma of Pakistani Millennial

“Millennial” is a term coined by two pompous historians, Neil Howe and William Strauss, to simply make a convenient lens through which we can see people and divide them in specific boxes to satisfy our biases. So what does the word “Millennial” means? Children born between 1980-2000, so people around 18-34 years of age.

As we love to name generations, there is also “Baby Boomers” (1940-1960) and “Gen X” (1960-1980), but we are talking about 80 million people conveniently called millennials. This is a generation that saw the exponential growth of technology, grew up with computers and internet, and is often labelled as “lazy”, “entitled” and “narcissist” by the media and their previous generations.

Since I was born in 1987 and most of characteristics associated with the so-called “millennials” intersect with my traits and values, I have started to relate to this term and even begun to like it too. But I have realized that the predicaments faced by Pakistani millennials are different than the rest of the world.

First of all, I soon found out that being a liberal millennial in Pakistan is same as being Kevin Bacon in “Footloose”. Even though you believe that Islam is the most accepting and balanced religion of the world, your liberal views are still villainized as anti-Islam by the self-proclaimed defenders of Islam and you are branded as “nominal Muslim”. So what are nominal Muslims? In the words of great Mullah Omer “nominal Muslims–who don’t take faith seriously”. So you learn to keep quiet in fear of becoming a heretic. 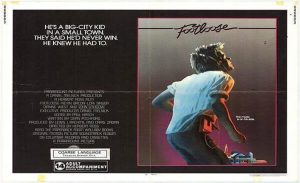 Then in Pakistan, there is no escaping from politics. Even though you are not interested in any aspect of the hot-mess called Pakistani Politics, you are expected to choose a side and with the advent of social media, everything in politics have become so black and white, and there is no room for grey. Everyone feel entitled to shout their opinion from the different podiums of social media. Each side is portraying themselves good and the other side as evil. These armies of Gondor and Mordor clash frequently on all platforms of social media leaving a millennial like me feeling guilty for not caring about the fate of “Pakistani MiddleEarth”. 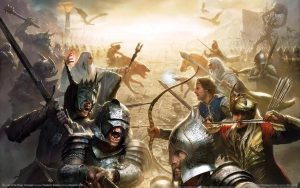 Since Gen. Musharraf gave permission to private channels to broadcast over Pakistani airwaves, millennials’ house-hold entertainment is confined to news (largely politics) and political programs. Don’t get me wrong, good family dramas like “Pyaray Afzal” and “Humsafar” are also aired but they are few and far between, and cater only toward female audiences and have very little to offer to male millennial demographic. Keep in mind as I am criticizing the Pakistani dramas, I love watching episodes of “Gilmore Girls”-which is an American tv drama for female audience. So why do I like American female-centric dramas but care nothing about Pakistani ones? Is it better acting? No. Am I more enamoured with western culture? No. Is it because of the cuteness of “Rory”? (Yes but that’s beside the point). The answer is simple, intelligent and quirky writing of the show. There are a lot of millennials like me who are hungry to consume intelligent media, and since Pakistani media is oblivious toward this demand, we get our fix from other media sources.

A lot of progressive social thoughts are also quashed by Pakistani society. Being a male feminist in our society is sometimes considered equivalent to labelling yourself as “sissy” and a threat toward Pakistani social structure. talking about sex openly is still a taboo. Saying no to cousin marriage is like sullying your family name. You feel ashamed to go to a doctor for anxiety or depression because there is no difference between mild, moderate and severe mental diseases, because they all are boxed as one and the same for our uneducated masses. The individual approach or the traditional collective approach? This is a question always on the mind of Pakistani millennials (or maybe it’s just me).

I am a liberal art major so it’s very hard to explain to my parents that why won’t I get a traditional job. Being different in Pakistan is still not acceptable in our society. At the end of my rant, I would like you, the readers, to propose some solution for me and my fellow Pakistani millennials because I feel like Tyrion Lannister without his quick wits to defend myself and find answer to this dilemma faced by me and some of my fellow Pakistani millennials. 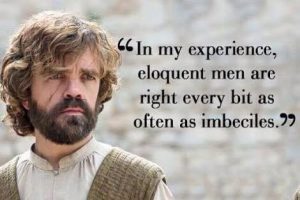 US War: A Salutary Lesson For Pakistan