CPEC and the Future of Pakistan

The China Pakistan Economic Corridor (CPEC), a project of China’s Belt and Road Initiative (BRI), is being seen as a game changer for Pakistan. The government believes that this project, which will connect China’s Xinjiang Uyghur with Pakistan’s Gwadar Port on the Arabian Sea, will help in stabilizing the country’s economy by bringing the technological advancements, creating jobs for the youth, generating affordable electricity, vitalizing the tourism industry and developing various infrastructures. Currently under development throughout the nation with the present value of $62 billion, the corridor is believed to be a plan of peace and development not only for China but for entire South Asia.

In the era of Pakistan Muslim League-Nawaz (PML-N), the development of many commercial infrastructures including the rapid transit services and motorways was started under the CPEC. Some of these projects are nearing their completion while some have been completed. Taking this project to new heights and improving the relations with an all-weather-friend China is part of ruling Pakistan Tehreek-e-Insaf’s (PTI) manifesto. The seriousness of the government about its collaboration with its neighbour could be understood by the fact that when Prime Minister Imran Khan visited China, 15 new documents were signed regarding economic, cultural, and political collaboration between the two nations.

CPEC is an engine of financial advancement for a country whose economy is on a ventilator since the very first day of the new government. While the previous administrations focused on physical infrastructures, PTI is giving the Chinese corridor a new direction. It desires to use this project for educational, agricultural, and cultural reforms.

Moreover, PTI blames the previous administrations for economic instability in the country. The commercial banks don’t offer cash for starting a business in the private sector. To gain the maximum popularity and to enhance its vote bank, the previous government borrowed Chinese money and invested it in the public sector for quick construction of roads. As a result, the economy started growing artificially. The new government is committed to make Pakistan’s economy genuinely grow.

Aside from this, you will now see CPEC shifting toward business-to-business interaction, unlike an entirely government-based collaboration. Meaning many new private companies will take part in the schemes and the entrepreneurs will get a chance to manage the corridor. By doing this, the government hopes to create new jobs in the private sector. Furthermore, the authorities are also inviting other countries to invest in this venture and many agreements have been signed with different countries including Saudi Arabia in this regard.

With the passage of time, there is a chance that the people of Pakistan will see a reflection of Chinese culture in their country. Already, there are many educational institutions that are teaching the Chinese language to the students to get the new generation ready for tomorrow’s Pakistan. There was a time when the English language was considered the most useful language to deal in the practical world. The parents used to send their children to the English-medium schools, and it was a norm for the people to give more respect to those who knew English. But today’s Pakistan is not the same as it was a decade ago. 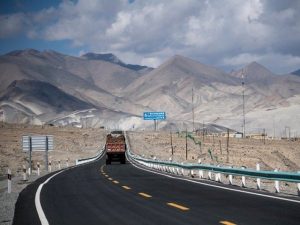 It seems like the time is changing. With the development of Chinese economic zones and the investments of Chinese companies in Pakistan, it is very likely that the public will start preferring the Chinese language over English. One reason behind the individuals learning Chinese language is that the projects under CPEC mostly require partner countries to engage Chinese businesses, thus cutting the advantages for local labor.

The province of Balochistan suffered badly due to the terrorist attacks in the past. But now, the situation is improving over there. A period of terror is coming to an end in this province and it is now on its way to the stages of socioeconomic development. The inhabitants of this province have elected a government that wants to develop this region with the support of the CPEC. The Gwadar Port will become a hub of trade and the individuals who are not much educated will also get jobs as per their skills.

A mega oil city will be developed at Gwadar Port to store the imported Gulf oil and to transport it to China. In comparison to the western route, which takes more than a month, this new route will take just a week to transport oil to China.

Furthermore, the women will also get a chance to contribute to the development of the nation and make their dreams come true. The changes are already visible for the inhabitants of Thar, where many women have been given employment in Thar Coal Power Project. Previously, Thar was the most underdeveloped region in Pakistan. But today, with the cooperation of China, the lives of people have started changing over there.

Pakistan’s economy is currently darkened by the clouds of financial crisis and its currency is falling day-by-day. China has come forward to help the country stand on its feet. For more than three decades, Pakistan has periodically grasped the finger of the International Monetary Fund (IMF) to walk through the mud of economic instability. The authorities maintain that none of the bailout programs by the IMF were successful in Pakistan. That is why the country is still facing financial challenges. Unlike IMF, which assists the developing countries by providing them with the money and a set of reforms to manage the economy, the Chinese corridor aims to offer relief packages to the nations in the form of investments in multiple ventures.

An internal supporting frame of the country’s economy has already been formed and the government is on its way to configure this structure. The authorities are keeping the people updated with every new development about CPEC and people are also aware that this project is the gateway to prosperity for Pakistan. But, one should also keep in mind that Pakistan needs long-term economic reforms to get relief in the days ahead. The future of this country depends on its capacity to repay Chinese loans.

Mehmaiz Ali is a student and a freelance writer who focuses on science and technology subjects. He can be reached at mehmaiz@ymail.com

Benazir Bhutto – One of the Most Influential Political Personalities in History