Effects of Sleep Pattern on Our Health

Good sleep is highly important for our physical and mental health. While we slumber and rest, our body gets rid of toxins, repairs injury, and reduces stress. Staying up till late night is considered as bad sleep pattern, which really interferes with natural sleep pattern and hinders all those processes which are very essential for natural repair of body and brain. A bad sleep pattern can lead to many types of disorders. Staying up till late nights, waking early on workdays and sleeping till late on days off may not be as restful as we think. A best healthy sleep pattern for us is designed by the nature, when we disturb it with our unhealthy sleep habits, our risk for diabetes and heart disease rises.The people with large differences in their sleep schedules on workdays and free days tend to have worse cholesterol and fasting insulin levels, greater insulin resistance, larger waist size, and higher body mass index (BMI). Interference with natural sleep rhythms increases risk of heart attack, increases risk of breast cancer, increases risk of depression, increases risk of workplace injury, increases the risk of road traffic accidents, changes metabolism, increases risk of obesity and diabetes. Not getting enough sleep in night prevents the body from strengthening the immune system and producing more cytokines to fight infection. This means a person can take more time to recover from sickness as well as having an increased risk of chronic illness.

There is a direct link between unhealthy sleep pattern and our mental and physical health; it is also called “social jet lag” which refers to the mismatch between an individual’s biological circadian rhythm “body clock” and their socially imposed sleep timetables. Social jet lag relates to weight gain and some pointers of cardiovascular function. Unhealthy sleep pattern can contribute to metabolic problems; these metabolic changes can directly contribute to the development of obesity, diabetes and cardiovascular disease.

Bad sleep pattern can have a profound impact on both emotional function and normal thinking abilities in healthy individuals, resulting in reduced tendency to think positively, bad moods, a decreased enthusiasm to solve problems, a greater tendency towards superstitious, illogical and magical thinking, intolerance and less empathy toward others, poor impulse control. The people with a sleep pattern against the nature rules are more likely to report increased feelings of worthlessness, inadequacy, powerlessness, failure, low self-esteem, poor job performance, conflicts with co-workers, and reduced quality of life. Finally, individuals with disturbed sleep pattern score higher on clinical scales measuring depression, anxiety, and paranoia.

Deprived sleep pattern also leads to increase the risk of accidents. In our country most of heavy vehicles travel during night hours, drivers, staff and passengers of heavy vehicles all are running against natural sleep pattern. Approximately, after 16 hours of staying awake, the body trying attempts to balance the need for sleep. If a person tries to resist the need of sleep and does not get enough sleep, the brain obtains sleep through short sleep attacks called micro sleeps. This is an uncontrollable brain response that makes a person unable to process environmental stimulation and sensory information for a brief amount of time.A person’s eyes mostly remain open during micro sleeps, but they are essentially “zoned out” and slept already.  As the nature of these attacks is unexpected and sudden, the consequences of a sleep-deprived individual who is operating heavy machinery or driving can be catastrophic to the individual and as well as innocent passengers, co-workers and by-standers. Micro sleeps will continue to occur despite person’s forced attempt to stay awake, and because of this inbuilt sleep mechanism, it is extremely difficult for an individual to remain awake for more than 48 hours straight. 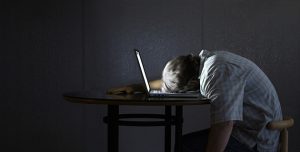 Unhealthy sleep pattern is a common problem in all classes of Pakistani society, especially people living in urban areas. Sleep pattern of new era is affecting majority of individuals at some point in their lives, school going children and young adults are more vulnerable. Although occasional sleep interruptions are generally no more than a nuisance.Ongoing bad sleep pattern, a routine of staying up till late nights and lack of sleep can lead to excessive daytime drowsiness, sleepiness, emotional difficulties, poor job performance, obesity and a lowered perception to quality of life. Having a bad sleep pattern alters normal functioning of attention and disrupts the ability to focus on environmental sensory input. It has been implicated as playing a significant role in tragic accidents involving airplanes, ships, trains, automobiles and even in heavy industrial plants. Children and young adults are most vulnerable to the negative effects of unhealthy sleep pattern.
The people who do not get enough sleep in night to stay awake and alert in day time, they begin to experience sleep deprivation with severe symptoms of sleep loss, daytime sleepiness, yawning, moodiness, fatigue, irritability,depressed mood, difficulty learning new concepts, forgetfulness, inability to concentrate or a “fuzzy” head, lack of motivation, clumsiness, increased appetite and carbohydrate cravings. As a developing nation we have to do struggle more to get a respectful status among the developed nations, so as a nation we cannot afford all above mentioned sickness caused by our bad and unhealthy sleep pattern.

A healthy sleep pattern is a night sleep pattern, as per new research specific age groups are recommended for following specific sleep hours.

In our society majority of people may consider sleep as wasted time and purposely deprive themselves of sleep to pursue other things such as educational goals, or money-making pursuits. But this practice has worst effects on their mental and physical health and also negative impacts on their educational and socio-economic growth. Others may unintentionally not get enough sleep because of demanding jobs, shift work or family obligations. Consistent sleep-wake patterns of going to bed late, waking up too early or sleeping till late in the day can lead to sleep deprivation, perpetuate the late sleep phase and the accumulation of sleep debt. Additional causes of sleep deprivation include depression, anxiety and other medical problems such as obstructive sleep apnoea, hormone imbalances, and additional chronic illnesses.

Imran Khan in the Apathetic System

Be a Part of the Solution Not the Pollution