Pakistan Super League (PSL) the glamorous baby of Pakistan Cricket Board (PCB) is now entering in its 4th year. For any newly organized event this isn’t a sufficient period to prove its mettle but yet PSL did that in style and so far, has earned massive popularity across the globe. In the beginning of first season in 2015; nobody, not even the owner knew what shape PSL will take. The only known thing was that it may have inspired from Indian Premier League (IPL). As far as the concept of format was concerned and it was to be played in Dubai so it was again a huge challenge to take off but still PCB and the franchise owners had already decided to get involved and go with the idea no matter wherever its planned but they were convinced that only corporate Pakistan can help to revive cricket in Pakistan. (Bring Cricket Back Home)

In a country like Pakistan, sports are not generally something parents ask their children to pursue. Because, if you reach to the top, only then, you get money, fame and can secure your future. Else you are just another unknown face. And you cannot earn a safe bread butter, because you are not a Doctor, Teacher, Army Officer or an Engineer but PSL has provided chance for all those ‘middle level cricketers’ from Pakistan and abroad, who were unknown faces. PSL provided them stage to put their performance and get instant recognition, with money & fame. Shaheen Afridi, Shadab Khan, Hassan Ali, Roman Raees, & Nawaz are prime example from Pakistan and players like David Melan from England.

Talking about experience, how amazing and invaluable would it be for these upcoming young cricket ers to share dressing rooms with the legends of cricket! What a learning it would be to play under the guidance of Wasim Akram, Waqar Younus, Deano, M. Akram. Generally, the international players do not play domestic cricket. So, these players never had the chance to interact with the greats of game. But with PSL, it is a One-month long journey that these youngsters can travel with the big daddies of cricket. Indeed, the most positive effect PSL.

Now how did it feel when Sammy and Jason Roy or Kamran Akmal came along with David Milan for opening the innings for Peshawar Zalmi in 3nd PSL edition? May be the most explosive opening pairs one can imagine. What a different site it was when Shaheen Afridi clean bowled Shahid Afridi and did not celebrate it wildly. This is another biggest effect of PSL. The iconic players rub shoulders together, forgetting their country monetarily, and bring out the best for their clubs. This is not just interesting to watch but also great professional lesson for every one of us as to how to value team more than an individual. 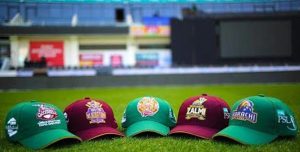 PSL also has given a rare chance for the ageing and fading icons to play cricket. This not only extends their innings in cricket but also gives chance to their fans to see them play again. It is always better to see players like AB De Villiers, Abul Razaq, Saeed Ajmal, Bred hidden in cricket ing jersey rather than 3-piece suit, isn’t it?

PCB is reviving cricket in Pakistan:

With a board like PCB which has so many challenges to meet controls cricket in Pakistan, it is striving its best to bring cricket back home.

Money-power is a must in every business and PCB has wonderful opportunity to invest the money back in the game. This can massively improve the conditions of the stadiums, infrastructure, support facilities, coaching institutes and what not!

This money, invested back in cricket, will enormously improve the domestic cricket. And Pakistan cricket will roll into wonderful circle of strong cricket generating money and that money generating strong cricket for country.

Have priorities of Pakistani players changed?

When Wasim Akram, Waqar Younus, Muhammad Akram and Aqib JAved speak, all of them say that playing for Pakistan, getting a Test Cap was their childhood dream. When Zahir Abbas, Sikandar Bakht are asked to prioritize cricket formats, they hold Test cricket at the peak. But, will the coming generation of cricketers have the same priority? Will they still be holding Test cricket above all other formats of cricket? Or will the easy money- less hard work- quantity over quality in PSL affect their sense of priority?

We need to find answers to following early retirements: Why did Shaun Tait opted out of Test cricket of Australia and instead played PSL? How was Pollard able to play for PSL and not for his national side? How come a certain Kamran Akmal plays exceptionally well for Peshawar Zalmi but fails to deliver at international level? What makes Kelvin Petersen to retire from all but T20 format of his national team? Why players avoid test cricket and prefer Leagues?

If players are going to opt League cricket or the club team over the Test cricket or National cricket, then who will play for country? How will the next golden generation of ‘Pakistan’ cricket come into reality?

Are Pakistani players and conditions getting overexposed to the foreign players?

Well, yes practically all Pakistani players play in the PSL where each player plays around 12-15 matches per season. In this way, he gets over exposed, which otherwise he would not have (at least to the foreign coaches/ staff). This can be a reason why foreign teams have a certain strategy against certain player from very beginning. It is like ‘an open source knowledge sharing’ about Pakistani players. All secrets of Pakistani players will be there with foreign coaches and players even before that Pakistani player makes his international debut.

In the nutshell, Pakistani players’ skill-set and knowledge-base is remaining almost stagnant, at the same time, the rival teams get to know strong and weak points of Pakistani players, in addition to this, they get to know conditions very well. All this ‘paid practice’ must be helping the visiting teams in their international tours against Pakistan team. (Some readers may think this is so cheap, but hey, international sports are war! And it’s fair to be cheap in war!)

Don’t Be Sissy, You’re a Man