Those were dark times, there is no denying. Shadow of the despondent environment kept on fluttering over the Muslims of the subcontinent. Suppressing them to the neck and neck and keeping them on the streak below to the majorities. With the advent of colonialism, Muslims lost not only political power but also economic opportunity and cultural autonomy. Hard to believe that these were the Muslims, who had ruled the very same land, are then living among the minorities, seeking for the ray of light that could be the source to pull them out of their darkest abomination, and help them live up to the gleaming harmony.

Darkness cannot drive out darkness; only light can do that. Out of the obscurest hour, and then, light emit in the name of Iqbal, to help Muslims out through the outrageous tyranny, usurpation and humiliation. A nation long forgotten, alienated and forced to leave their identity was once again unified by the truest ideology of the Iqbal on a single podium of self-hood. The struggle was thought-provoking to the people, who were offended by their insights, but the faith was sacred, the intention was celestial, and their determination for getting out of the miserable ailment was divine prophecy.

It was the consecrated intimation that led the Muslims to behold onto the hope of self-hood, and fight for their lost individuality. Iqbal’s vision and voice changed the fate of Indian Muslims, which bounded their hearts, bodies, mind and soul for the single purpose of their life, to get an independent Muslim state. The longer a nation waits to stand, the higher the price they pay for their atonement. The world had witnessed the price Indian Muslim had paid for their freedom and their right to live with liberty.

Hope lies in the dreams, in imagination, and in the courage of those, who dare to make dreams into reality. They were the zealous, frenzied, insanely determined people who dared to die in the struggle to achieve what they dreamt of, Pakistan. They were the conquerors of the death, the fanatical devotees who were keen to make up to come to Pakistan and got martyred in their way. Those were the blessed sacrifices made the implementation of the ideology possible into the dedicated veracity, so that now we can stand upon the land we call home, we call it our Pakistan.

After the years of dismissal and struggle, lastly – dignified and divine philosophies of self-hood, freedom of speech and the significance of the inspired knowledge and wisdom, collectively was able to make one nation, one voice, one Pakistan. The Muslims knew the substantial worth of the struggle they were making. They knew the worth of being the chosen one. They knew they were chosen to be the change they had ever craved for. 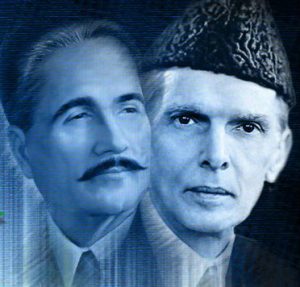 Today, we wake up to an independent state of Democracy and law. A state which was promised. A state which was taken from the claws of enmities of the humanity at the cost of largest human sacrifice the world could ever imagine of. Pakistan stands on the ground principles of the Iqbal’s ideology and the Quaid’s reformed establishment. As for today, even in the time of internally emergent enmities and externally terrorized, we stand together in one union against all odds. Prostrating all the elements who are speculating the extremism in the country have forgotten they still stand on the land of the sacrificial monument of the people who were the army of the sacred ideology. It might have gone missing from the lead, but not forgotten the philosophy of Pakistan.

Ideology, that had positioned all the Muslims unified as one at the time of Great Confrontation, still has the power, that craving, that allure to put together us again, as it does. Yet there are the ones, who are determined to go against their own country, to do the malevolent animosity, to terrify and spread the panic amongst the nation again, and fall them into the trap of the lost trail which is nothing mere a perversion. They are at the lost, lesser knowing the consequences they might be facing for speculating and planning against Pakistan. People who are indulging in venturing the venomous acts against the state not knowing the menace they are at on.

Pakistan is made by a nation which was forced to shaken up to the truth, to identify their own reality and get acknowledged with their supreme identity. We are the Pakistanis, who were taught the lessons in the life trials. We are the one trained by the lessons for fidelity, valor, and justice as the basics of the life, as these were the prime motives for leading the world in order. The enmities strategize to rift and uncertain the harmony in the country, not knowing the certainty of the Pakistan’s potential to overcome its adversaries.

Knowingly or unknowingly, purposely or unintentional development against the state affairs will lead the anti-nationalist to their culmination. They have forgotten that it is the same soil they are standing on and planning against which was deeply immersed with the blood of the sacred souls, rationally planning to divide it again is imprudence. They are setting their grimy foot against the land whose foundations were set in the heavens and lead by the dedicatedly purified martyrs, and yet the enemies lying within believe to make us fall.

The enemy of the nation has forgotten they have stood up against the nation who is insanely devoted to their country, the fearless determined people whose fervent devotion had once left the world in admiration, will be able to do that again. Standing against a nation like Pakistan, is itself inanity in which consequences can be fatally severe.

The enemies who thought to provoke the nation with its falsely intended agendas, has never known the power of the nation altogether, under the principles of faith, unity and discipline, holding the flag of the Muslim ideology, having a faith on Allah and carrying the blood of the martyrs can become the armor of the world, who is destined to save the world and lead them to the right path.

Author is a born athlete, writer, social activist and a soldier by heart.