The widespread conception that creative artists are oblivious of their surroundings is refuted by Arzu Anthology of Student Voices. When one comes across this newly published book incorporating creative writings by the students of Habib University, Karachi, one does not feel like referring towards readers and writers as “escapists” or people who dwell in a world of their own, far removed from reality. 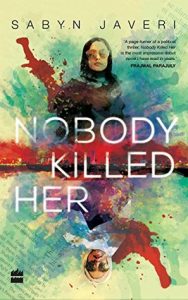 These students tackle issues which until a few years back, were considered taboo and brushed under the carpet, and even if presented on some platform, were presented either with a tag of “parental guidance” or in a sugar-coated manner. Breaking all these restrictions, the students, in this book, address socially relevant and hot issues like misogyny, verbal and sexual harassment, subtle gender discrimination, rape culture, robbery, religious exploitation, adolescence, impacts of colonization, forced marriages, marital rapes, the snubbing of freedoms of expression, action and speech and even very modern topics, characteristic of the younger generation such as procrastination and depression which are always pointed at but never understood.

Considering that the modern era does not take a specific genre as its medium of expression, the book incorporates writings from various literary genres dealt with each student in a different manner by the use of varying writing techniques. Open-endings, free verses, tricky narrators and shifting tenses mark the anthology and make it modern not only in terms of the issues it addresses, but also in terms of the rebellious writing styles it incorporates.

A review being written in English might incline people to think that the book might be a collection of English writings. But not only the editor of the book is herself an admirer of indigenous writings, but has also given an equal opportunity to Urdu creative writers. One finds both Urdu language stories, translations and poems, written both in the form of Ghazal and Azaad Nazam.

It seems as if the chaotic socio-political conditions have equally affected all the people including youngsters, be they readers or writers. Arzu Anthology of Student Voices proves that students are not unreliable novices but are authentic story-tellers with the capability to produce bitter-realistic and relatable writings which may even come as shocking at times. The writings, for once, incline us to revisit our practices and see if we are carrying out our tasks responsibly as humans of Pakistan. They even stimulate us to see if we have in us the mindsets which have now become a culture and such a culture which no matter how much despicable, is respected, carried along and passed on.

Author is a student of M.Phil English Literature and teaches the same subject at GCU, Lahore.

No One Killed Jamal Khashoggi But Impetuousness

Is IMF The Real Solution?