The Unvoiced Threat to Security

In today’s world, data is scattered everywhere from social media applications to different tools used for communication. All the information, data, critical files and even pictures, numbers as well as details about your company projects are at stake. Data is created the moment you click a picture, share any information or exchange details about a project and exactly at that particular point your data becomes vulnerable too.

Today the biggest issue faced by the majority of us is how to keep our data safe and secure. The amount/size of data is increasing drastically and so is the threat of this data being acquired by third parties. In order to protect their data, people started switching to online data storage facilities instead of storing important information in the form of hard copies, as it was considered safer. However, with the emergence of hacking scandals, concerns for data security became more impending than ever, especially with the big companies like Facebook falling prey to the security threats.

The need for better security first became evident when in 2013, Yahoo suffered a serious hacking attack; where almost three billion accounts were affected, in turn plummeting the valuation of the company from a $100 billion to a paltry 4-point something billion. In the same year Microsoft was also hacked but somehow they managed to hush it off the limelight. Similarly, data from 50 million accounts of Facebook, that masters the art of negative publicity, was compromised resulting in massive amounts of information leaked. Was it a hack? Nope. As per the agreement that Facebook has with the user, it was minded, stored and shared, far worse than a hack. In fact not even a single free social media application that claims protection of users data are safe, contrary to the false belief by the users of being ‘safe’. The big names like Yahoo, Microsoft, Instagram, LinkedIn all have been targeted by hackers; as a result, precious data including contact details saved in one’s phones are leaked. 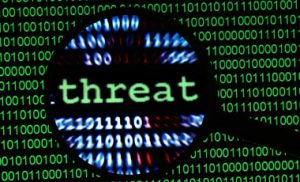 On the other hand, applications with the likes of WhatsApp that gained popularity for their secure encryption among users aren’t as secure as you might be made to believe. Yes! You read that right. Although WhatsApp protects messages through end-to-end encryption but what happens once the message, picture, documents and video reach the other end or in more technical terms ‘terminate at the receiver’s end’? All the transmitted data can easily be breached through the phone once it’s delivered and resides on the phone or the computer. The false sense of security lets the users of major platforms share the data on perhaps the most venerable digital space. WhatsApp made an agreement with its founders not to use the data for five years from its acquisition and after this period WhatsApp can use this data in whatever way Another application, True Caller that is used by the majority of people from CEOs to young adults is an application that within seconds identifies an unknown number, but did you ever put a thought in understanding how this particular app really works? Well! The main idea behind True Caller is that all the registered identities voluntarily give access to their phone book and all the contacts that are saved so when you get a call from a number that isn’t in your contacts, True Caller sifts through the phone books of all the identities in its data base and identifies the number for you. Yes, for someone else it sifts through your phone book as well. We as individuals have absolutely no idea in what other ways this data is being used. This application alone is enough to figure out your social circle and the type of people you interact with including your profession. Unfortunately, we as individuals are fond of using platforms that are free to use.

Especially there is a concept in this region to avoid paying for intangible goods and even if somehow we are convinced to pay, we try to pay the minimum possible amount, thereby, in exchange handing over the rights to our privacy.

A number of big organizations are using free software and applications not only to communicate but also to save and store critical data without realizing the sensitivity of the matter. This data can be used not only against the organization but in worst-case scenario, collectively against nation states as well. It is high time that we develop an understanding about how in the same way we spend a lot of money in trying to secure our physical spaces such as homes and offices, we also need to consciously start spending on securing our data. Platforms that provide data security and protection at a cost must be adopted to ensure individual as well as corporate security. It must become the major concern of the management of any organization to actively seek and adopt platforms that can be verified through data security audits.

The drawbacks of free applications and software are immeasurable. Yet, people are attracted to these free-bees and continue to ignore the consequences associated with these social media applications. Companies continue to ignore this vulnerability to their IT architecture due to their employees using such platforms. The business model of all these free applications solely relies on accessing valuable data of users and utilizing it as per their advantage and need. We intuitively understand the vulnerability of the free apps but still, do not act swiftly. It is now time we take charge of our data and put a halt to the exploitation of our personal or business information.

A passionate content writer, who loves to write about anything to everything.

Uber and Careem Times Up!

Fairness Cream: A Complete package of Absurdity and Falsity