Dr. Arif Alvi – President Should Be the Sole Man with Supreme Authority

The winds of change are blowing forcefully through our great nation. They promise to root out corruption, punish those involved and bring a new dawn where justice and merit will prevail. Quaid-e-Azam Muhammad Ali Jinnah’s dream, which was dying a slow death, may come true.

A major problem with the current parliamentary form of democracy is that the prime minister heads parliament and approves the appointment of the heads of organizations that fall within the executive – the police, NAB, FIA, FBR, SECP and the State Bank. This obvious overlap between the legislature and the executive results in nepotism and cronyism. Corruption in our country is an outcome of these appointments. 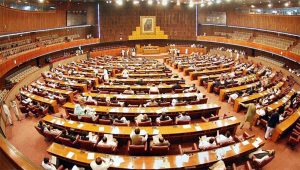 The major advantage of a presidential system is that ministers are selected directly from the pool of experts in the country and there is no need for them to be elected. Third, the role of parliament is restricted to law-making and oversight. Since large funds are no longer at the disposal of MPs, corruption is eliminated.

Moreover, when there would be equality in the provinces, Punajbis would not be considered a threat to Pashtoons, there will be no rift between Pashtoons and Balochis and Urdu speaking people would not be called and cornered as “Migrants” of Pakistan. The ethnic political culture is devastating for Pakistan whereas it was planted in Pakistan since its inception. These reforms should be followed in order to make Pakistan more progressive and sustained.

Although there is no presidential system in Pakistan, but in the parliamentary system, the President is the strongest sign of the federation, He acts on the instructions of Prime Minister but cannot be called suspension or dummy character. He can play his role in bringing a change in the whole country.Dr. Arif Alvi has been chosen the 13th President of Pakistan. Arif Alvi was contesting the presidential election against PPP candidate Aitzaz Ahsan and the candidate of joint opposition JUI-F Maulana Fazl-ur-Rehman.

Remember that the presidency of President Mamnoon Hussain is ending September 8 and Dr. Arif Alvi, the elected president will take his oath on September 9.

In the democratic election, two prominent candidates, including Barrister Aitzaz Ahsan, and Maulana Fazl- ur -Rehman also showed that they had to face political opposition. Yet, there is a respect for them in the heart of the opposition, and it is not just because they are late workers and leaders of the PTI, but their personal and political role began in the beginning of Imran Khan’s politics in the past twenty, thirty years ago.

This man will definitely comply with national unity and all the provinces and political parties. He also has parliamentarians expected but many expectations have been made by Pakistan’s dentist class. After their selection, doctors on the social media congratulate the Dentist gentlemen and have also advised them that if a specialist dentist has become Pakistan’s head, then it will be necessary for the community to do something. People will now call you doctors instead of dentists, particularly MBBS Classes, since it is running propaganda and negative politics and insecurity, so many dentists are also disappointed.

The President will accompany Prime Minister Imran Khan, founder of his party and will give him strong support and start a new era of medical science development in the country. If the history is rotated by the wheel, rotating the country’s change, raise the name of the dentist in medical education. Imran Khan and Dr. Arif Alvi are quite valuable in the health sector, so they will make priority in the field of medical science.

Few things regarding professional career of newly elected President. In 1997, Alvi became a Diplomat of the American Board of Orthodontics. He prepared the constitution of the Pakistan Dental Association and went on to become as its president. In 1981, he was Chairman of the first Pakistan International Dental Conference and was elected Chairman of the 28th Asia Pacific Dental Congress.

He served as Dean of the Faculty of Orthodontics at the College of Physicians and Surgeons Pakistan. In 2006, he was elected as the President of Asia Pacific Dental Federation. The next year, he was elected as a Councilor of the FDI World Dental Federation. Even he is also the President of the Dental Council of Pakistan, such barriers also know what difficulties they may have, due to lack of dentistry education and practice in Pakistan.

The winds of change are blowing through Pakistan and our youth are optimistic that the country will soon become what Quaid-e-Azam had imagined. These winds of change must sweep the system clean of those who have looted and plundered at will. The country has already been torn into two halves in the past by its power-hungry leaders. However, the huge youth bulge in Pakistan presents a window of opportunity that we must not miss. The responsibility of setting things right rests with each one of us and we must rise to the challenge.

Our new President of Pakistan said, he will perform his duties according to the constitution of Pakistan. The whole nation hopes that the president will definitely fulfill his duties with honesty.

6th September-Always Remember Those 17 Days of the Pride

Flaws in the Motorway Management