Amid various conflicts between slogans and actual work; Pakistan Tehreek-e-Insaf has finally made it to the assembly hall. From solo flight to seat adjustments, from criticizing “Politics of Changa Manga” to securing the Independents; Imran Khan’s led PTI has really come a long way.

Despite all the contrasts, PTI has emerged as a party of ‘tabdeeli’ in some sorts. In spite of differences of Chairman’s views and party members’ act, they have managed to gain some faces which are synonymous to the slogan of “change”. Right from his cricketing days, Khan always found some gems by utilizing whom, he got the best results. Keeping his blunders like Mansoor Akhter or “I have found my man (Zahid Fazal) for No.3 position” etc. aside; he regularly got the services of players like Wasim, Waqar, Tauseef Ahmed, Saeed Anwer and the list goes on.

In the pitch of politics, he has also been able to procure some serious potential who can guide Khan’s ship steadily: 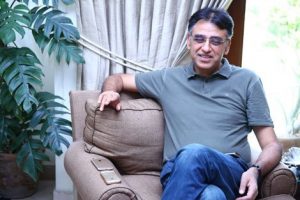 He is undoubtedly Imran Khan’s main man. Days before the elections, Khan nominates him as Finance Minister which reveals his credibility and talent too. He is a proven player as his track record speaks for himself. Being highest paid CEO of Pakistan, gave up well settled life in US to serve his country are some of his credentials which captured the eyes and trust of PTI’s chairman.

His presence is the corner stone of PTI’s building and through him people of Pakistan can intact their hope for a real change. 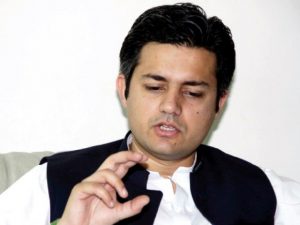 He completed his law degree from SOAS, University of London. He is barrister and has been associated with PTI since 2011 when the graph of PTI had just started to take up lift. He is MNA-elect from Lahore NA-126.He has already laid down block of change through his message:

“As a member of Parliament, I will not take any salary or cash allowance. I will also InshaAllah strive to follow the guidance of simplicity given by my leader Imran Khan”

These words are really a fresh breath of air and an unprecedented act. Hammad has clearly gone past his leader in this aspect. Regardless of brutal criticism on parliament, Khan not only maintained his MNA ship but also received the salary on regular basis. Well through this tweet, probably it’s a reverse gear and now Imran has to get a leaf from his young talent’s book! 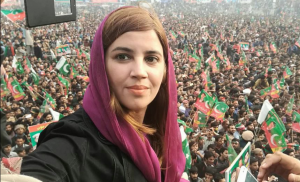 She is also a newbie when it comes to parliament house. She is an MNA-elect from NA-191 Dera Ghazi Khan and member of PTI core committee. Apart from her post graduate degree from NCA Lahore, her victory is remarkable. She has defeated the seasoned politician Awais Leghari which is some achievement. Therefore, Imran Khan has been succeeded to inspire a female talent to the hub of law making.

He is MNA-elect from NA-256 Karachi. Apart from his struggle of being sales assistant in PIA, he now owns a business called Principal Builders which is of construction concern. The best part of him being MNA is that he is among the highest tax payers in the country. He has also gone one step further like his party member “Hammad Azhar”; as he has also announced to dispense with the salary to be drawn from national exchequer.

So Najeeb Haroon is also one of the faces resemble to the word ‘change’. 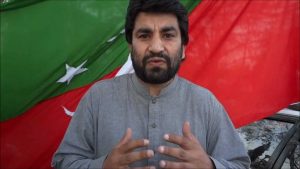 He is MNA-elect from NA- 265 Quetta. Mr. Suri is one of the founding members from PTI Balochistan chapter. He completed his schooling from Tameer-e-Nau school in Quetta. He has done his master’s degree in International Relations.

His credentials not only stop here. He has defeated, like Zartaj Gul, a seasoned politician of Balochistan Nawabzada Lashkari Raeesani. This speaks his efforts to spread the message of his leader in the area, where PTI is relatively an unknown commodity. Therefore it is vividly clear that in Quetta “tabdeeli aa gayi hay”.

These are just a few from each part of Pakistan. The brigade has also procured first ever MNA from Kailash valley from NA-1 Chitral. Then PTI has also brought Farrukh Habib from Faisalabad to the Lower House. Similarly, Adeel Ahmed (Engineer from NED) from PS-98, Arsalan Taj Ghumman (Karachi University graduate alongside ACCA part qualified) from PS-102 and Israruddin from PK-1 Chitral are few names who are elected members for the very first time.

Above named surely are the faces of Naya Pakistan. Before the elections it was all noise of “Lotay” PTI procured to label as Electables. But post 25th July, there seems to be storm of young parliamentarians who will be part of respective assemblies. The goal of Imran Khan to come into politics have pretty much been achieved. All Kaptaan has to do, is to utilize and train them to enable them as first line of PTI’s defence.

For all the newbies, my and general public’s fingers are crossed!