My First Eid In The Mainland Of China

After the whole month of fasting in Ramadan, Eid ul Fitr is the day of reward for the Muslims. It is a token to make the promise to be devoted and caring to all humans especially to the poor and needy.

This was my first time to celebrate Eid overseas, that too in a non-muslim country. I was so excited. I am living in international student’s dormitory of my university and we have many Muslim students here who come from all parts of the world.

Normally, we don’t get much time to sit together but in the month of Ramadan, we were doing iftar together. That was a wonderful experience and the perfect time to know more about each other’s culture.

We all were anxiously waiting for Eid to discover and witness the Eid culture in China. On Thursday, Niujie mosque, the oldest Chinese mosque in the Beijing, announced that the Eid would be celebrated on Saturday in China. After this announcement, the Pakistan embassy announced the Eid Prayer timing of the mosque attached to it.

Similar to Pakistan, in some provinces of China, Eid was announced to be celebrated a day before means on Friday. China also has a Mufti Popalzai, I wondered. This created confusion. We kept contacting Chinese Muslim friends in Beijing and other expats in different provinces to confirm the actual Eid day. 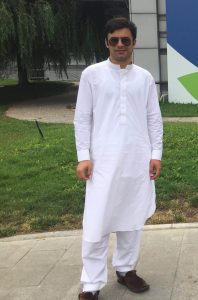 Finally, a senior Pakistani student explained to us that the situation of religion and mullahs in China is similar to that in Pakistan. Some Muftis announce Eid a day before than the officially announced Eid. It mostly happens in the Muslim majority provinces. In Beijing, Eid was observed on Saturday whereas, in Henan and some other Muslim majority provinces, the Eid was celebrated on Friday.

The next morning, the timings of Eid prayer at different mosques were announced. It is compulsory for all Muslim Men to offer the Eid prayer, which is the time of rewards from the Almighty. As the prayer ceremony gets over, the greetings start from the Masjid and last until the last day. At the home, a big feast is prepared. The people visit their friends and relatives to greet them. This is the occasion of huge family gatherings. Friends and relatives are invited to share the feast which I missed the most this Eid. Gifts and greeting cards are exchanged and children receive presents and cash. Eid is a joyous occasion but its underlying purpose is to praise Almighty Allah and give thanks to him. 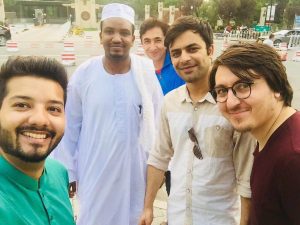 However, this time the whole celebration was different. In addition, this was the last week of the semester which is obviously the time of exams. Students were hoping that Eid falls on Saturday so everyone could go for prayer. Luckily, our prayers got heard and eid was announced to be celebrated on Saturday.

On moon night, Muslim students were communicating to decide where to go for Eid prayer in the morning. In Beijing, there are eight Masjids, including one in Pakistan Embassy while another in Sudan Embassy, are more common to the expat Muslims. Usually, Muslim students go to a nearby local Masjid for Friday prayer but this time, on this special occasion it was decided to go to Sudan Embassy Masjid.

The time of Eid prayer was 8am. We woke up early that day, wore new clothes and took subway train to go there. While, on the way, many Muslims students joined us. After 45mints of the ride, we arrived at the Masjid. People from different countries were there to offer the prayer together. Ladies had a separate portion for the prayer. I must admit the arrangements were outstanding, water, juices, dates, and sweets were on tables as refreshment.  After the prayer, greetings began and everybody greeted each other. I made many new friends that day and I got to know many Pakistani students over there and we chitchat while exchanging contacts. 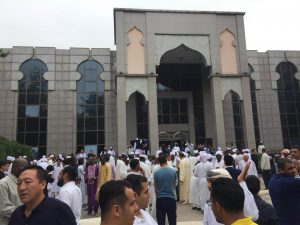 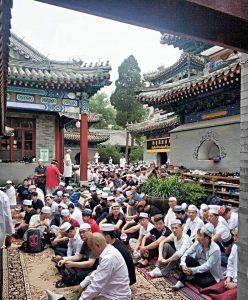 After the prayer is the feast, with the return, preparation for lunch began. Friends were invited, and together delicious meals were enjoyed. The first day of Eid was in fact quite busy, meeting and visiting friends, get together and visited Chaoyang Park later went for Beijing popular meal “Beijing roast duck”.

Furthermore, on the second day of eid my university fellow and dear friend “Muhammad Bilal khan” whose family is here to attend his graduation ceremony invited us for dinner. His father “Masood Sattar khan” worked as the special correspondent from Associated Press of Pakistan to China from 2006 to 2014. He returned to Pakistan when he was promoted to Director News position at APP.

His father arranged Eid dinner at his apartment and invited all Pakistanis, Sudanese and Afghanistani students studying in my university. We reached there early evening on the third day of the Eid. It felt like home. It was a big dinner. They cooked traditional Pakistani food along with sweets and desserts. It was a huge gathering. All of us were grateful for the humbleness of our host which was immeasurable. He told us many stories from his previous stay in China. 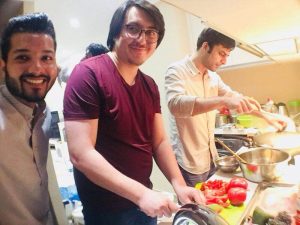 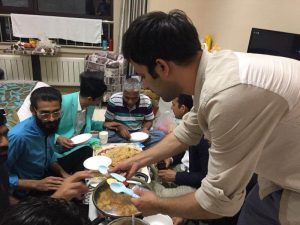 In addition, “Aziz-ud-din” from Afghanistan who is a writer and producer, brought his movie “Letter To The President” to screen on this special occasion. We watched the movie together. Although, the movie isn’t yet released he screened it for us. All of us were impressed, would definitely recommend it to watch. 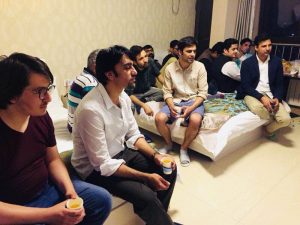 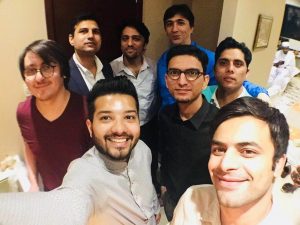 At last, from the deepest of my heart, far away from china to all Muslims around the world

“May the blessings of Allah be with you today, tomorrow, and always. With all the sounds of Takbeer, with all the lights in the world, and with all the children smiles. Wishing that you all had a very happy Eid, and hoping that all the things you wish for, will be yours throughout the year”

England Cricket And Trent Bridge, Nottingham. Made For Each Other