Kareena Kapoor Khan and Sonam Kapoor Ahuja’s starrer Veere Di Wedding was set to release today and we all were looking forward to it but now we can’t watch it in Pakistan.

The Central Board of Film Censors (CBFC) has banned Veere Di Wedding from releasing in Pakistan due to vulgar language and objectionable sexual dialogues in the film.

Kareena and Sonam are playing the lead roles in this movie while Swara Baskar and Sheikhs Talsamia are in the supporting roles. The plot of the movie revolves around the friendship of four friends preparing to attend a forthcoming wedding. 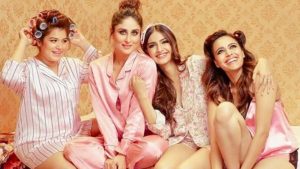 The trailer of the film looks really cool and urges women to take hold of their lives. The girls can be seen using strong language along with sex jokes but is it something we have never seen or heard in our cinemas?

A member of the censor board while talking to an English daily said that This film is not acceptable in our society due to its vulgarity and sexual dialogues spoken by the four girls and so, we decided to ban it.” 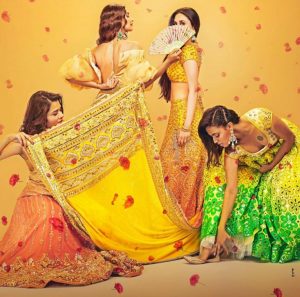 Pakistani girls can enjoy their lives but in the constraints of our fragile cultural values and traditions. Their I-can-enjoy-my-life starts after their wedding. The before wedding period is dedicated to gol rotis practice. Coming back to their I-can-enjoy-my-life period, remember that the wedding should be shudh arranged and the girl should not, in any case, see her husband before the wedding night.

The girl should get pregnant on her first night and deliver the baby boy (only baby boy) exactly after nine months of her wedding. Right after delivery, she should land in the kitchen to make 84 gol rotis for her family, in-laws and the extended family. To serve with the rotis she should prepare white chicken qorma and baingan ka bhurta. To make it more scrumptious, she should also prepare salad, raita, mint margarita and the shahi tukray and of course, children need ice cream. We hope the ladies enjoy their life more this way. 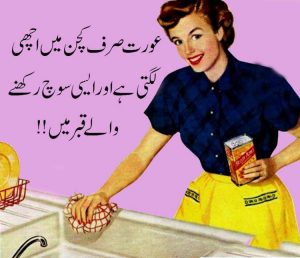 Having friends and spending some private time with them is a big no-no. This practice can cause pain in the stomach the aunties around her.

If you want more enjoyment you can enjoy some recently released Pakistani movies which are vulgar but not as much as Veeray Di Wedding. In one of the movies, the heroine was forced to dance in a mela somewhere in the middle of her way to Lahore. In another movie, you could find a lead role saying aray yeh to gandi filmo ka hero hai but that’s totally fine. That is Pakistani – totally pure.

If it doesn’t bring you the enjoyment you could watch the style awards in which the host praises an actor saying Itna khoobsurat child molester, kaash mein bhi bacha hota. Anything is fine for us as long as it is not teaching you to be independent and take control of your life.

So enjoy your life ladies and forget about Veere Di Wedding because it is not our culture.

The World Order and The Balance of Power