Take a Guided tour to androon Lahore (old city) if you really want to experience something unique, with its history.

Our tour started when we parked our car in front of badshahi mosque.

Our guide was waiting for us in an open-top colorful rickshaw.  He took us around the walled city to show its various gates and we also had a grand view of minar-e-Pakistan and badshahi mosque from an overhead bridge. We were then dropped off at the Delhi gate (Eastern side) of Lahore Fort. From here we walked across the old city. 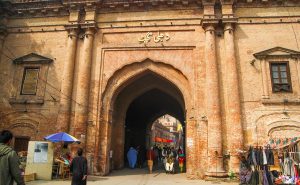 Our first stop was the Hammam of Mughal period built in 1635. This Turkish-like bath was a built by the then Governor of Lahore Ilm-uddin Ansari to clean up the people of the walled city. It functioned as a waqf (funds generator) for the Wazir Khan mosque nearby.  This bath had a Jama khana (changing area), neem (warm water) and garm (hot bath) areas. There were separate sections for men and women. This hammam was a sort of club for the local people, where they gathered in the evening for a chat and a massage. Sunlight from the rooftop bathed the inhabitants below. The restoration work by Agha Khan Foundation was very modern. 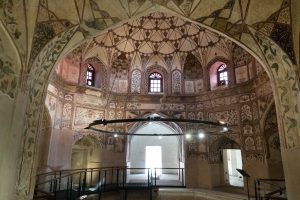 Dehli gate, built in the 18th century is one of the 17 gates surrounding the old Lahore city. Certain portions of the hammam (Turkish bath) were demolished for the purpose.

From the roof of the hammam we could see the spice market established by Emperor Akbar in 1600 to trade with the Europeans. British India Company had a great appetite for spices and Lahore was the center of this trade. It’s after the British Annexed Bengal that the British Empire started dictated their terms of trade in spice. 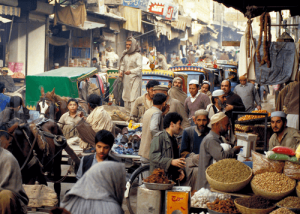 Then we went around the narrow lanes of the old city where at some places, only one person could pass. We went there during 12 Rabi ul awal holidays, so all the streets were decorated beautifully.

While walking on the main street, you can see the well-preserved haveli (mansions) that belonged to the Hindus traders. They were quite similar to the beautiful mansions and bazars’ of Rawalpindi like Rai bhadur soojan Singh.

We then came across a courtyard that used to hold live music sessions in the Mughal days. It was open to the public then.

As expected, close by was the music bazar, which was supposed to have the various musical instruments and dance accessories for the entertainers of the royal courts. Since this trade was strangulated during the Zia’s regime, none of that was visible anymore.

Our guide informed us that the Heera mandi (red light district) close by still caters for tourists and their request for exotic dances. Heera Singh was a royal in Ranjit Singh’s court. One session of song and dance from a famous ‘bazar-e-husn’ lady could cost upwards of 50,000 Rupees.  This bazar has been catering for royal tastes since the 15th century. People are not interested in old cultural dances like Kathak and thumri anymore, he said, and demand latest Bollywood numbers. So much for culture, huh? 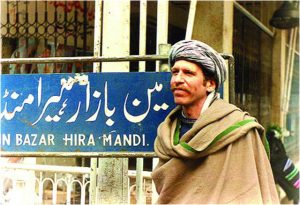 There was another recently built golden mosque in the vicinity but after seeing the beauty of Wazir Khan mosque, we decided not to go there. 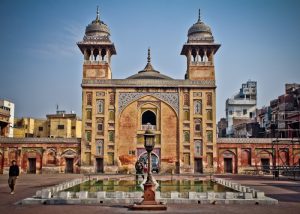 We ended back where we had parked our car.

Two more things that you should not miss in Lahore are Wagah border ceremony and dhol ke dhamal in Shah Jamal’s shrine. Here the dhol beats of the hearing impaired dhol maestro Goonga Sain is mesmerizing.

Androon Rawalpindi is very interesting too but there are no guided tours for it yet. There are many temples, havelis and burial grounds with stories to tell.

Cape Town’s “Day Zero.” What Pakistan Has To Learn ?

Promote the Idea of Live Debates of Premier Candidates on Media