Harry-Meghan Wedding Would be Remembered For Years!

On 19th May 2018, the whole world witnessed the #Royalwedding in which Prince Harry, son of Princess Diana, tied the knot with former American actress Meghan Markle. This was a unique wedding which broke too many stereotypes existing all around the world and set very different standards.

There is one aspect off-course that it was a Royal Wedding, and it is bound to be remembered in years to come because of all the royalty, traditions, materialism, celebrity & royal guests etc.

Meghan Markle belongs to a mixed race. She was an actress and she did pretty bold and explicit scenes in various TV shows.  She is a divorcee and is 3 years older than Prince Harry. But all of this DIDN’T MATTER because the love was true between both of them. 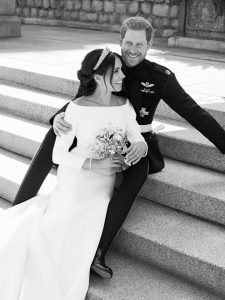 If we look at our society, it is full of stereotypes, the tag of a divorcee make a woman miserable. Also, older women are not in the queue to get married as it is against the “SO CALLED” norms of this society. The saddest truth is that our Prophet Muhammad (SAWW) married an empowered woman, who was 15 years older than him, which we have entirely forgotten and made our own rules that the woman should be younger than the man, beautiful, fair, educated, expert in household chores and whatnot. No one thinks for a moment that these materialistic things are not what you should prefer while looking for a life partner. 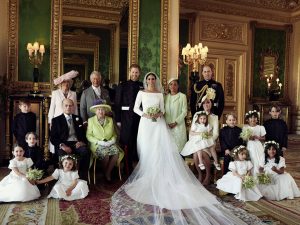 Talking about the wedding, Prince Harry has given us major goals that love is enough to overcome every single thing. And love is the only thing that makes you strong enough to fight the whole damn world!

Our older generation is not adaptive to change or breaking stereotypes, but we, the current generation should make some good use of the education that we attain over the years and break these stereotypes. It would help the society in terms we cannot even imagine!

How Digital Transformation Trudges Public Services During Coronavirus in Pakistan!