Things To Learn From The Royal Wedding

The royal weddings have always been the most watched Television broadcast all around the world and this ritual continued this time as well. According to a report, more than two billion people all around the world watched the live telecast of the Harry-Meghan wedding. It shows that we are in love with the weddings. Isn’t it?

Weddings are fun but when this fun enters into our desi world it turns into an emotional melodrama. I have always been a fan of English weddings where the marriage revolves around the couple. They are given preference in everything from finding their soul mate to the selection of their wedding dress and the rings. In our culture, you are free to choose your wedding dress but not your life partner. Though the situation is changing now that change is very slow. Change is always slow so don’t worry just keep the hopes high.

We can take many things from the royal wedding to make ours a memorable event for the couple rather than a lesser phuppo-manao-event. 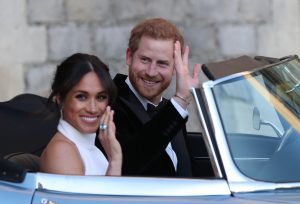 Prince Harry is a rebel like his mother Princess Diana. The lady he married is three years older than him, divorced, mixed race and an American actress.

In our desi world, these issues are the biggest at the time of marriage and guess for whom? Who doesn’t have anything to do with this marriage. many of the families don’t allow their child to marry their love because the love belongs to the different cast. We reject girls on the basis of their color and boys on the basis of their height or income. Or we just reject the choice of our children because it is their choice.We feel pride in getting our children married to the strangers who they get to see on their wedding night. We call this our parampara which should not be broken at any level.

Be confident in your skin 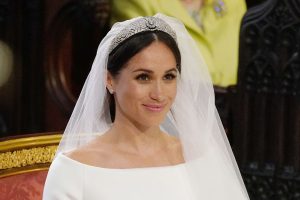 The one thing which inspired me the most in this wedding was the bride’s look. Meghan Markle chose to have a no make-up look as she walked down the aisle. Her freckles seemed to boost up her confidence and made her the real Meghan who prince harry loves.

Our brides are pressurized to be as flawless as they can be on their wedding day, they starve themselves to look thinner. They get the injection into their skin to get rid of the pimples. They apply ubtan to make their skin color brighter and smooth. Can we please break this stereotype of gori chitti bahu and accept our ladies as they are?

Don’t forget the bigger cause 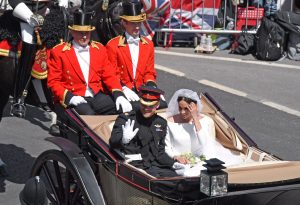 Prince Harry and Meghan Markle invited seven charities to their wedding. The couple asked for donations to the charities, they had chosen, instead of traditional presents.

We also have the salami culture. Salami is normally considered a payback amount. If your parents had given salami on a wedding it’s most likely that the family will pay the same amount to you on your wedding.  At some traditional events, you will even find a man or woman sitting right next to the bride or groom and writing the amount of money each relative is giving as salami. We can be the first drop of rain and follow the steps of Prince Harry and Meghan Markle and donate all the salami we get on our wedding to a cause we are passionate about.

West has its own culture and civilization which is evolving with the time. They are accepting the modern ideals which can make them better as human. We should also embrace their worthy values and get rid of those rotten old values and customs which are giving us nothing but tension.

Isn’t it unjust to justify Nawaz?

What Countries Are Currently At War?

How Digital Transformation Trudges Public Services During Coronavirus in Pakistan!