Whenever there is talk about football, there is always a mention of El Clásico. El Clásico is a Spanish word translating to “The Classic”.

Of course, when explaining this match we have to know about some of the football played in Spain. The name El Clásico is given to any match played between Real Madrid Club de Futbal and Football Club Barcelona. These are the biggest and the most diverse teams of Spain and perhaps the best football clubs in the world.

From a political point of view Madrid represents as a nationalist and Barcelona as a Catalan. These clubs have a very rich football history comprising of a glorious trophy cabinet housing the most valued trophies in Spain which are La Liga and the Copa Del Ray and the most glorious trophy in the Europe, which is the Champions League.

Both teams comprise of the best players in the world with a huge fan base. Players from these clubs are the best football has to offer with key players like Cristiano Ronaldo who plays for Real Madrid C.F and Lionel Messi for Barcelona Football Club. 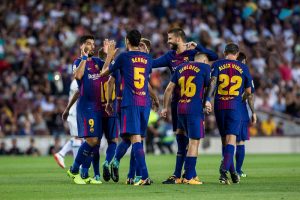 Football is the biggest game watched and played worldwide. Every football fan knows of the El Clásico and look forward to see this match. Now the question arises that there are football games played and watched worldwide but why is this game so special?

The answer to that question is simply the class of football played and satisfaction of winning and be the best. The game played is usually physical and with a lot of fouls thrown by both the teams but we also get to witness the cheeky passes, insane goals and the high I.Q plays. It is simply the elegance and the creativity of the best players that make players from other teams, coaches and fans of other clubs watch this game. 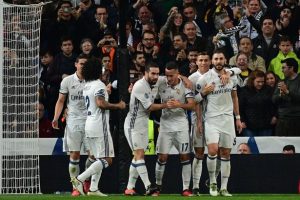 The El Clásico can be witnessed in five tournaments (La Liga, Copa Del Ray, Champions League, International Champions Cup and FIFA Club World Cup). Of both of the clubs, Football Club Barcelona has the most wins that are 111 and Real Madrid has 99. Total matches played between the teams including exhibition matches are 269 and there are 59 draws.

For the people who don’t follow football, still, this match is really fun and thrilling to watch. Many of the fans watch this match to see Messi go head to head against Ronaldo and see who the better player is. 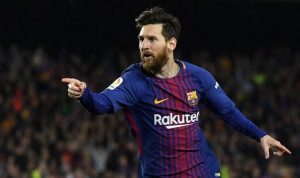 The two football clubs are among the biggest and the richest in the world. Both of these clubs bid for the best players with offers that the players cannot refuse. Even the substitutions and the B squad of these clubs consists of players of international standard. The A squad, also known as the squad that plays officially from the club in championships has the most iconic and creative players football has to offer. The squads of both these clubs are considered as a dream squad capable to lifting any trophy and scoring the most ridiculous and insane plays.

Almost all the players in these clubs have their own world records and are considered heroes on their nation. Among the iconic players, the names Ronaldo and Messi comes every time. Both of these players have an insane trophy collection and fame. When we look at the statistics of both these players, only one word comes out of our mouth which is “Wow”. 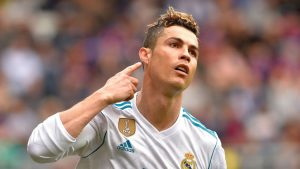 The rivalry of both these clubs came into being in the late 1930s and since then both of these teams have been fighting to be the best. Both of these clubs have refused to back down and competition gets fierce every year.

The rivalry started due to the political clashes between the Spanish nationalism and the Catalonian nationalism. The rivalry grew fiercer after Madrid beat Barcelona 11-1 in the 1943 Copa Del Generalismo semifinals. Before this Barcelona had beaten Madrid 3-0.

After that, both of these clubs fought with each other in football displaying the best rivalry the sports has ever seen. In this season there have been two El Clasicos in the Spanish liga. Among this Barcelona won the first one with a score of 3-0 played at the Real Madrid home ground, the Santiago Bernabeu. In the second leg, Madrid was able to make a minor comeback and were able to draw the match to 2-2.

Among the squad of Barcelona, the most notable players are Gerard Pique, Ter Stegan, Phillipe Coutinho, Luis Suarez, Andre Iniesta and Lionel Messi. Among the Madrid players, the notables are Gareth Bale, Karim Benzema, Sergio Ramos, Luka Modric and Cristiano Ronaldo. A few years before it was quoted that almost 400 million people watch the Clasico and the number has been gone up by 650 million viewers till now.

Abdul Rauf is a student of Bahria University, Islamabad.

For The Pakistanis, The Nobel Prize May Not Be So Noble After All!