Undoubtedly, Pakistani spectators have been privileged to see one of the best T20 competitions going around the globe. Whether it’s Big Bash, CPL or any other high profile tournaments, PSL certainly has created a huge impact. From Afridi’s boundary catch to Jordan’s diving grab and from Hassaan Khan’s last ball six to Asif Ali’s three consecutive sixes; PSL has produced every possible drama; a cricket fan can crave for. Moreover, in terms commercial substance and increase in viewership, PSL 2018 definitely have secured A+ grade. While PSL fever has ended as Islamabad United crowned as champions for the 2nd time; past five weeks have given Pakistan tremendous amount of joy and happiness which is described in more detailed as under:

Kudos to Najam Sethi who took a brave decision to hold last three matches of PSL chapter 3 in Pakistan. Similarly, salute to all the law enforcing agencies of Pakistan who worked tirelessly to make that decision a success. There were clouds of concerns as to whether the foreign players would visit Pakistan this time and those concerns were somehow shaped into reality when Quetta Gladiators’ Shane Watson, Kevin Pietersen and Ben Laughlin refused to come. But it was really heartening to know that all players of Peshawar Zalmi and the majority of Islamabad United and Karachi Kings put their hands up to tour Pakistan. In fact, the plan was planted last year when final of PSL 2 was held in Lahore and this time we were able to enjoy the fruits of that plantation. So, from now onwards, peace will prevail for more games in future. 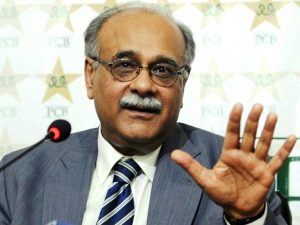 With the unity of all top domestic performers under one roof, Islamabad’s on-field display looked like as if they were coded as binary 1 and 0. They have covered all the chapters of the curriculum to face every worst scenario. For Rumman Raees (vice-captain) and T20 specialist all-rounder Andre Russell, they had Faheem Ashraf, Hussain Talat and Amad Butt in their ranks. Similarly, Misbah’s absence was beautifully managed by young Hussain Talat and Asif Ali with the foreign aid of JP Duminy and Samit Patel. While Mohammad Sami and Luke Ronchi performed like 1 (binary on) throughout the tournament. Therefore, programming off the field during draft pick and on the field through deliverance made them a case study for other franchises. 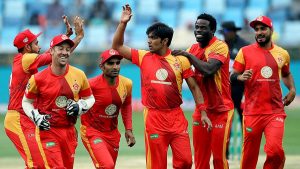 Consistently inconsistent! Lahore Qalandars were really the highlight of this season. While nothing new was offered from them, they looked much more polarized this time as compared to previous two occasions. Head coach not accepting the failure, captain’s readiness to give up captaincy mid-tournament with unsettled batting lineup, Lahore as a team looked totally messed up. There should be synchronization between the coach and captain to take best out of the team, but Brendon McCullum and Aqib Javed’s thought process were in complete disarray. Even with this fuss, they were able to produce goods in the likes of Agha Salman, Sohail Akhtar, and Shaheen Afridi. With hat-trick of finishing last on the table, Lahore Qalandars were exceptional as a troll product. 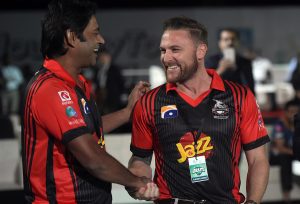 Peshawar Zalmi yet again managed to get into the finals of PSL. While playing with half-fit captain Darren Sammy and bowling-less Mohammad Hafeez, they were really street smart in terms of utilization of resources. For initial games, Hasan Ali was unfit and they called up Umaid Asif who was superb with the ball. Similarly, their emerging picks in shape of Ibtisam Sheikh and Sameen Gul really performed out of their skins to produce goods for the men in yellow. Similarly,  Dwayne Smith usually plays as the opener but he was forced to bat at one down position. Winning four out four knocks out games to qualify for the final was an uphill task but their realistic approach (as described above) and on-field shrewdness by Sammy made them second best of the tournament. 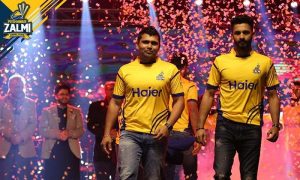 Never ending, the friendly but old rivalry between two big cities kept the tournament lit. Fans of both the teams hardly missed any chance to troll each other. This time they came in front two times in the league stage where both managed to win one game apiece. Surprisingly, one of the games which went to the super over was against these two arch-rivals. Wicket on the last ball, then revelation of that delivery as no ball, then a great over by Sunil Narine to restrict Karachi; all the happening in that one single game made that competition unforgettable. Similarly, playoffs in Lahore showed one spectator with placard taunting Karachi on cleanliness and in reply during the Final, a placard was raised showing how Karachi as a whole looks clean. This banter would never end but surely it creates more fun and gives precious smiles. 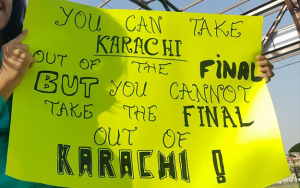 PSL really is one of the best things happen for Pakistan in recent years. Whether commercially or entertainment wise; PSL has become a huge brand for the country as a whole. Now it is just a matter of time when entire tournament would be organized in Pakistan and cricket deprived nation will quench their thirst to see international stars in front of them.

Is Your Child A Slow learner?

Aakhri Station: The tales of hope and courage end but the fight continues