Zindabad by Call and the Drummers of Pakistan – A timeless classic

Call and the drummers of Pakistan regardless of their age have come together and celebrated Pakistan Day in style. The song called Zindabad although recently released (23rd March 2018) can be considered a timeless classic because although it’s new Zindabad will be remembered for many, many years to come and go down in history books as one of the most memorable, energetic and unique rock performances ever. 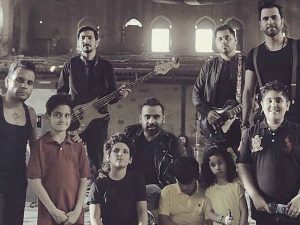 On 9th March 2018, they posted a call on their official Facebook page for  a competition in which fifty lucky winners would be selected and have the once in a lifetime opportunity to perform Zindabad together by answering one simple question which was that in which year Call’s first album Jilawatan came out (The answer is 2005). Zindabad also features many talented drummers from all over Pakistan. 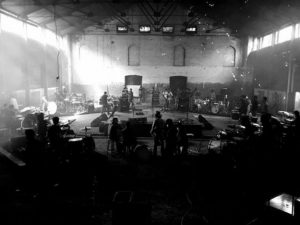 Because of the contribution to energize Zindabad, it would be unfair to mention a few names because each and every one of them played their part well and made their presence felt. Gumby, Allan Smith, Fahad Khan, Salman Albert, Fifu, Kenny, Paulie, Bilawal Lahooti, Yusuf Ramay, Daud Ramay, Mansoor Lashari, Usman Sheikh, Hassan Salman, Faizan Bukhari, Shahzeb Khan, Mishal Faheem, Samad Rahim, Ali Murtaza and Sharoon are on drums.

Abubakr, Waleed, Ahmed Hasan, Sinnan Salman, Omair Farooq, Shahrez, Zaigham, Zeeshan and Kashif do a marvelous job with the toms and dhols. Veeru, Zaigham, Zeeshan, Kashif, The Quadram gang (Saad Sarfaraz, Umar Saud, Daud Randle and Atif Saaed) are responsible for percussions and making it seems like child’s play. A talented lot from The Guitar School is present as well which includes Fahad Omer, Kabeer Salman, Rumman Farhan, Hamza Jaan, Leila Rumman, Rayaan Ali Rana and Agha Mir Ali. The kids present in the music video cannot be described in words here; one has to see the music video to experience it themselves because if they’re the future of the Pakistani music industry then it is indeed very bright.

The music video which is directed by Murtaza Niaz goes really well with the song. Not only that but it’s just the right amount of energy to celebrate a memorable event such as Pakistan Day. Aamir Mughal is the director of photography of the music video while Muhammad Ibrahim is the executive producer. One of my favorite parts from the music video of Zindabad is when the flag of Pakistan is hoisted down and Junaid Khan’s energetic voice says the two words Pakistan Zindabad with a lot of passion and then the cameras move towards the band and the entire drum circle displaying a show of unity arranged perfectly.

The music video was shot on 19th March 2018 at Bradlaugh Hall in Lahore.

This is Call’s second song released after Hum Zalmi after 7 years ever since the band released their second album Dhoom. The band released the music video of Teri Haar Hum from the same album last year marking the band’s return. Prior to the release of the music video of Teri Haar Hum Zulfiqar Jabbar Khan (Xulfi) promised in a Facebook video message that Call will release new music soon and they are living up to their promise. 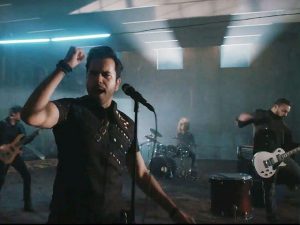 The band performed in Norway last year for the first time and was well received by the audience. Call also performed Jila watan in the second edition of Pepsi Battle of the Bands however quite different from the original Jila watan because it featured a drum jam which has now become the band’s new signature sound. The Pepsi Battle of the Bands version of Jila watan garnered international attention as well. International vloggers such as Robin and Jesper and The AIM were all praises for the band. 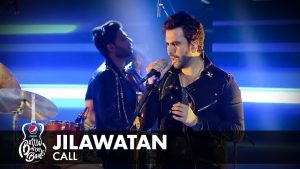 This year they released the official anthem for the Pakistan Super League cricket team Peshawar Zalmi titled Hum Zalmi which received a lot of acclaims.

With Zindabad, Call has set the bar high and we cannot wait what surprises the band has for us in the near future.