Pakistan Super League is continuing to unearth the potential cricketing talent in Pakistan. In past, we have seen so many youngsters draining out from the domestic circuit due to lack of opportunities but thanks to PSL who has become a substantial platform to showcase new talent.

A recent instance of this platform is young, energetic and sensational Shaheen Shah Afridi. He came to PSL with a great reputation as he was one of the stars of Under 19 World Cup in New Zealand. Although the start for him, this year, was not as good as was expected from him but in the game against Multan Sultans, he certainly announced his arrival. 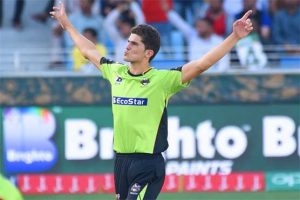 He came, he saw and he conquered! Shaheen turned this quote into reality. With record-breaking debut figures of 8 for 32 in Quaid-e-Azam trophy, he suddenly grabbed everyone’s attention. He was the leading wicket-taker in the Under-19 Inter-District tournament which earned him the place in national Under 19 side for the world cup. Since then he never looked back and is just continuing to impress the cricketing universe. 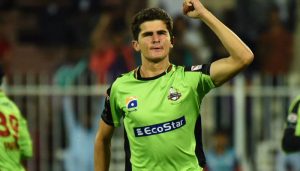 Federally Administered Tribal Areas (FATA) is carrying a rich cultural tradition as far as cricket is concerned. Shahid Khan Afridi aka Boom Boom Afridi also belongs to the same region. What he did for Pakistan, what he achieved in international cricket and how he performed at the international arena is as clear as crystal.

Although he played his entire cricket in Karachi but he inspired a whole generation of FATA towards cricket. Currently, Usman Khan Shinwari is a recent example of talent from the Tribal region of Pakistan. With zero infrastructure and deprivation of opportunities this area still, has become a factory of producing raw talent. 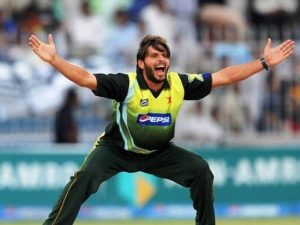 The most heartening aspect about Afridi is his ability to bowl Yorkers in the death overs. With almost a decade, Pakistani bowlers have somehow forgotten to bowl toe crushing Yorkers consistently which once had the hallmark of our bowlers, courtesy Wasim and Waqar. But this young lad has got all the abilities which a pace bowler must possess. Talking about the Lahore-Multan game, Shaheen stunned the power-packed batting line-up of Multan by taking four wickets in one over (mostly through Yorkers). He was able to stumble the opposition from 64 for 1 to 114 all out.

Another healthy aspect of him is his superb athleticism in the field. Generally, fast bowlers are not supposed to dive or throw themselves in the outfield. But Shaheen does know how to make his presence feel.

Against Karachi Kings, Shaheen did an amazing tag team effort with Umar Akmal. He jumped at the boundary line and threw the ball back in the field where Akmal made no mistake and dismissed Colin Ingram. 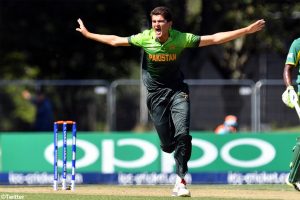 Moreover, very few people in Pakistan know that Shaheen Afridi is the brother of Pakistan’s ex-fast bowler Riaz Afridi. Riaz played 2 test matches for Pakistan against Sri Lanka back in 2005. Riaz was also one of the performers for Pakistan in Under-19 World Cup held in the year 2004.

During an interview, Shaheen told that he is inspired by his brother and follows his advice. He also revealed that due to lack of proper grounds in his hometown, he practices on mountains’ uneven surfaces and tries to bowl as fast as he can. 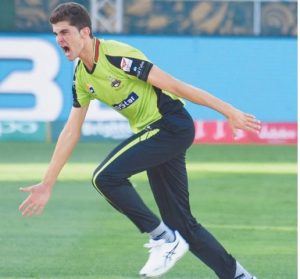 At the moment, he is just 17 years of age and lot to offer. He is already on the radar of national selectors. With impressive Under-19 performances and ability to handle pressure situations at PSL stage, Shaheen unarguably is a star in making. His efforts for Qalandars in remaining matches would be crucial both for his team and in person.

Thus one thing is for sure, he is a living example of “IQBAL’s SHAHEEN”.

Correcting the history: Rewriting the memory of being a Pashtun and a Pakistani

Look at the Bright Side!

Why is history important?