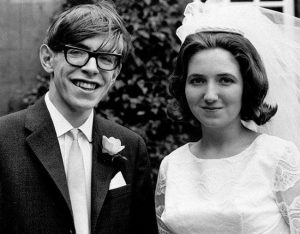 rking of the Universe is mind-blowing.

First, along with Penrose, Hawkings showed that a collapsing Universe like ours will collapse back to a single point eventually. This is quite interesting to know that our universe is also thought to have originated in one instance (Big Bang). It’s the Theory of Relativity that implies this fate of our universe that it started with a big bang and will end in black holes.

Secondly, he documented Black hole mechanics by saying that black holes have their own set of laws that mirror the more familiar laws of thermodynamics. His conclusion was that black holes were hot and that information vanishes when some heavenly body falls into the black hole. On the other hand, radiation does escape out of black hole’s enormous gravitational pull. 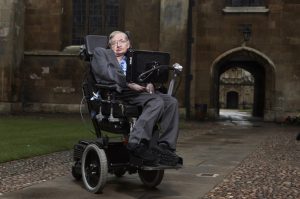 Thirdly, he proved how black holes can vanish by combining quantum and relativity theory. He showed why black holes were not black, instead were glowing like hot bodies. As they emit heat and would eventually vanish by emitting too much. Near the end of their lives, black holes release heat at a spectacular rate i.e. in the last tenth of a second, a black hole could explode with the energy of a million one-megaton hydrogen bombs.

Fourth, he visualized how galaxies expanded exponentially after the Big Bang. By using quantum fluctuations concept and effect of gravity to form heavenly bodies he explained the sequence of events after the bang. Recent mapping of the expanding heavens has also picked up the faint afterglow of the big bang. 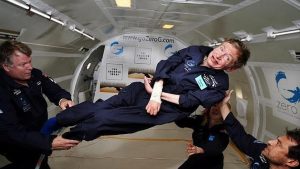 Sixth, the unified theory explains the conditions that were present at the beginning of the universe as well as the features of the physical laws of nature. When humans develop the unified field theory, said Hawking, they will “know the mind of God.” “I believe the universe is governed by the laws of science. The laws may have been decreed by God, but God does not intervene to break the laws.”

“If aliens visit us, the outcome would be much as when Columbus landed in America, which didn’t turn out well for the Native Americans.”

“Science predicts that many different kinds of universe will be spontaneously created out of nothing. It is a matter of chance which we are in.”

“The whole history of science has been the gradual realization that events do not happen in an arbitrary manner, but that they reflect a certain underlying order, which may or may not be divinely inspired.”

“It is not clear that intelligence has any long-term survival value.”

“It will be difficult enough to avoid disaster in the next hundred years, let alone the next thousand or million…Our only chance of long-term survival is not to remain inward-looking on planet Earth, but to spread out into space.”

“Time travel used to be thought of as just science fiction, but Einstein’s general theory of relativity allows for the possibility that we could warp space-time so much that you could go off in a rocket and return before you set out”

“Artificial Intelligence would take off on its own, and re-design itself at an ever-increasing rate. Humans, who are limited by slow biological evolution, couldn’t compete, and would be superseded.”

“Because there is a law such as gravity, the universe can and will create itself from nothing. Spontaneous creation is the reason there is something rather than nothing,

“I regard the brain as a computer which will stop working when its components fail…There is no heaven or afterlife for broken down computers; that is a fairy story for people afraid of the dark.”

PSL 2018: Future Potential Big Guns for Pakistan in the making