When the news broke that ex-provincial assembly member Fariha Razzaq had been murdered in a horrific incident in her home on 1st February, 2018, alongside her husband, the media was more interested in discussing the details of the crime rather than focusing on why the loss of the victims was so tremendous. While it is okay to report on a high-profile crime, it is also important that people be informed about who the victim was so that it humanizes them. 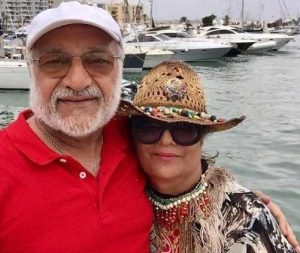 Here is a glance at the illustrious life of FarihaRazzaq, a Pakistani woman who, despite all odds, rose to become a role model for women in the country.

The birth of an icon

Fariha Razzaq was born on 15th November, 1956, to Abdul Razzaq and Nishat Afzal. She grew up during the 1960s, the Ayub Khan-era which was marked by rapid economic growth and a socially tolerant environment. 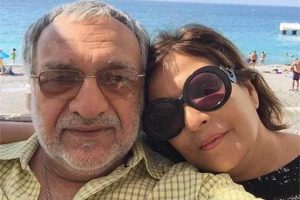 She studied at the prestigious Covenant of Jesus and Mary in Murree, from where she went on to the National Defence University. She supplemented this by studying Communications & Journalism Innovation at Stanford University, USA, and English Literature and French from Kinnaird College Lahore, Pakistan. She also completed a Fellowship in Social Justice & Democracy at University College London, UK. What she witnessed during this period influenced her views for the rest of her life.

A series of life-changing events

Eventually, the 1970s rolled around, and she was witness to a coup d’état that toppled the legendary Pakistan Peoples’ Party Prime Minister, Zulfiqar Ali Bhutto. Seeing this horrible injustice, and the collapse of the peaceful and tolerant Pakistan she had grown to love under the dictatorship of General Zia-ul-Haq, she was driven to politics. 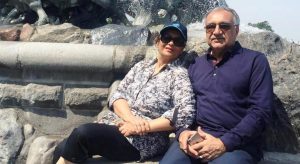 She initially became a journalist, and she quickly gained prominence. Razzaq earned a number of steep accolades, including the Pakistan Newspaper Society Award in 1994 and the Outstanding Journalist in South Asia Award in 2000. She became a recipient of the Lorenzo Natali Prize for Journalism in 2000 for a Dawn Magazine article titled ‘Women Are Falling Behind‘.

After her successful career as a journalist, she took her career to the next level by successfully getting elected to the Sindh Provincial Assembly in 2002 as a representative of the same party as her life’s icon, Z.A. Bhutto, the PPP. Her time as a representative of the people was very successful, demonstrated by the fact that in 2004 she was awarded the coveted Madar-e-Millat award by the Government of Pakistan and the Annual Muslim Award by the House of Lords, UK. She was also recognised in the esteemed Pakistan Power 100 list for her commitment to democracy and human rights.

This was the illustrious life of Fariha Razzaq; a woman who should not be remembered by a gruesome crime so much as she should be for her hard work in the interests of Pakistan.

Maria Narejo is a writer and a feminist. She loves swimming and badminton. When she is not doing that, she writes and studies the politics of the country.

Aaroh has hit a century with Jeet