Aaroh has hit a century with Jeet

One year after the band officially reuniting Aaroh has released its second single Jeet which is a tribute to Pakistani cricket. The release of the song coincided with the much awaited third season of Pakistan Super League (PSL) which was the perfect time for the song’s release. 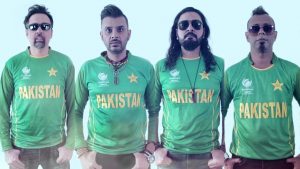 The music video, which has been directed by Maaz Maudood, is colorful in the sense that it is not an official anthem for any team of the Pakistan Super League as one can see the kits of the band members changing after a few shots – but that it celebrates the essence of Pakistani cricket. The music video contains a message that no matter which team wins the PSL, Pakistan will come out victorious regardless. Tayyab Iqbal is responsible for the styling.

The lyrics by S.K Khalish and composition are an excellent combination of creating a soulful pop rock melody. With Jeet, the band has stayed original to their roots. It is a perfect song to celebrate the spirit of Pakistani cricket. 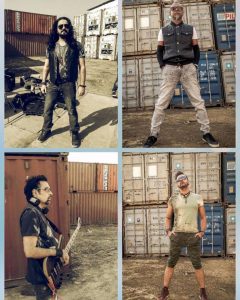 According to an official statement from Aaroh;

“Cricket runs in our veins. Cricket hamari rug rug mei dorta hai. This is the only brief we had in mind for the video and its hit the nail on the head. We are Pakistani, we love this country and we wanted in our own way to pay tribute to PSL. The league has done wonders for Pakistan and its image; from not having any local matches to a point where international players are playing in Pakistan. PSL has revived the national spirit. This is why we have paid tribute to everyone involved in this game – from players to fans to even the organizers. This song is about passion and winning spirit.”

Aaroh entered the mainstream music scene of Pakistan after winning the first season of Pepsi Battle of the Bands in 2002 beating runners up Entity Paradigm (EP). Ever since then, the band released two critically and commercially successful albums namely Sawaal in 2003 and Raag Neela in 2006 and has a lot of popular singles under its belt such as Na Kaho, PyaarKaJaal, Raag Neela, Jeeyay and IkChah to name a few.

The band returned in 2017 with the release of their song Main Nahi Manta (Dastoor). In 2018 Aaroh released their second song Jeet. This gives a clear message that the band isn’t going anywhere and here to stay and entertain us with more surprises.

Political horse trading is a behavioral reflection of the Pakistani society