Shahmeer Amir is the world’s best white hat hacker who has become the biggest inspiration for our young generation especially from the third world countries who want to earn more name and fame. He has got the privilege to hack some high profile and most popular sites which also include Google, Facebook, Twitter, and Microsoft. 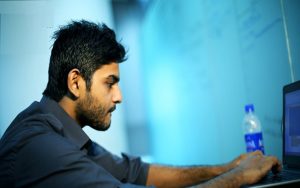 This smart hacker can find multiple holes in strong security systems, and can intelligently prevent the information to reach its destination before even informing the company. This is included in the form of ethical hacking, these big hackers find the security holes and then rewarded lots of money by the companies who hire them for hacking.

The world’s top hacker Shahmeer’s story is a good inspiration for all those who want to change the world with their intelligence.

Shahmeer grew up in Multan, a beautiful historical city of Pakistan. He completed his early education from Rangers Public School and then enrolled for intermediate in engineering from the Government Degree College. It’s unbelievable for many people that this hacker guy has rejected by almost 17 universities. After facing rejection, he got admitted to Usman Insititute of Technology from where he successfully completed his Bachelor’s in Electronic engineering.

How did he discover his passion for computing?

In his early life, he got Pentium 3 computer which had countless problems. He tried to solve those complicated problems by himself and figured out the ways to resolve the issues arisen by him. By this practice, he understood the computers and their software. 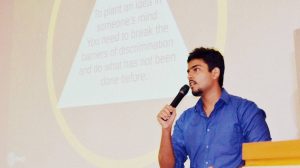 Later on, Shahmeer Amir attended a cybersecurity workshop at his university and that was a moment of change for him as he decided to enter the field of white hat hacking. When he grew up and got the chance to learn more about this intended field, he found that there are thousands of websites which had different flaws in their security systems. After that, he decided to report the errors and explored more techniques to hack them for getting the desired information.

CEO of his company Veliliux

Shahmeer Amir introduced his own cybersecurity company with the name Veliliux.It is a startup company that tends to help the companies secure their businesses and helps strengthen their security at the highest level. 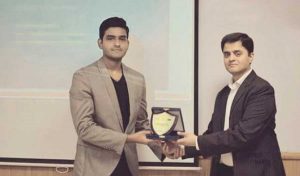 This best hacker of the world is based in Lahore, Pakistan and working hard for his new startup, Cyphlo. Its foundation is being laid by Plan9 which is a project by Punjab Information technology board.

Shahmeer has also attended a convention named ‘DEFCON’ in Nevada which is considered as the world’s largest hacker conventions.

He has recently contributed to the seminar in Ukraine and represented Pakistan in Pakistan Cyber Security of the year 2017.

Ambreen Sajjad is a technical content writer in VoIP Terminator since 2007. She has a passion for helping people in all aspects of Digital marketing, Call center industry and VoIP services etc. In addition to writing for different high profile blogs, she also provides SEO training and consultancy to fresh graduates who are looking to boost their career.

5 signs your property purchase is a real estate scam