Today international women’s day is celebrated across the globe. It started in 1975 when the United Nations officially declared it. However, it was celebrated prior to that as well in USA and Russia. The day reminds us of the long arduous struggle made by the magnificent women from all nooks and corners of the world. It takes our mind hundred years back when women were considered as mere chattel. They were not provided voting, property and marriage rights. Then feminist movements started and women started realizing that the shackles of slavery and male chauvinism need to be broken. They stood up against the edifice of patriarchal structure of society and recorded their protests. This resulted in a massive awareness among women and gradually they emancipated themselves from the archaic, orthodox and brutal customs. 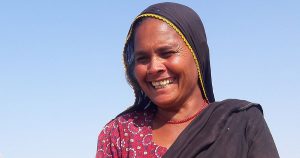 But this is only one side of the coin. Even today women are targeted, assaulted and forced to face gender based violence. It does happen all over the world. Recent campaign initiated by Western women against sexual predators exposed the hollowness of the claims of gender equality in West. It proved that zombies like Harvey Weinstein are present everywhere and they can target women with a sense of impunity. But kudos to those brave women who dared to step out from the cage of brutality.

In our country, women are considered as second and third class citizens. They face the wrath of society in case of any misdeed done by their male family members. They are killed in the pretext of honor; they face acid attacks, rape, gang rapes and violence. We are proud of the great women of Pakistan who challenged the parochial mindset and proved their worth in all fields of life.

The daughter of East, Benazir Bhutto, dared to stand up against the draconian regime of Zia at the times when fear was prevalent around; she refused to prostrate before the dictatorship. She died with honor and the world has recognized her mettle. 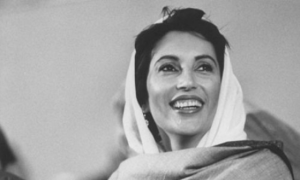 How can we forget our daughter Malala Yousufzai who challenged the inhumane and brutal ideology of Taliban?She faced murder attempt but it failed to deter her from her mission. She is a Nobel laureate today and the whole World acknowledges her contribution towards peace and education. 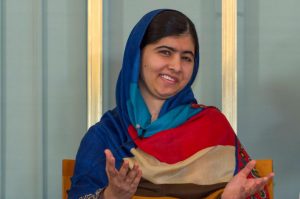 Asma Jahangir is another example of courageousness. Her powerful voice and logical arguments were eye opener for the public. We have thousands of brave women who paved way towards emancipation and liberty for their fellows. But still the Pakistani woman is facing huge challenges. She is being impeded to move forward and prosper. Her protesting voice is gagged. There seems to be a callousness in men regarding violence on women. We need to stop this practice. 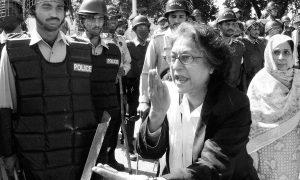 An organized campaign against this mindset is need of the hour. Let the Pakistani woman breathe in free air, let her live according to her choice and she will prove herself.

Quaid-e-Azam said, “No nation can rise to the height of glory unless your women are side by side with you. We are victims of evil customs. It is a crime against humanity that our women are shut up within the four walls of the houses as prisoners. There is no sanction anywhere for the deplorable condition in which our women have to live”.

Tahir Iqbal is a law graduate from Punjab university Law college currently serving in Punjab Police. He has a deep interest in social, cultural and religious issues.

International Women’s Day: Let us Press for Progress by not depriving women of their basic rights

Why the Police struggle in Pakistan