You don’t need a title to be a leader

In 1963, Singapore officially merged with Malaysia after the end of British colonial rule. But the merger was brief, ending in 1965. Malaysia saw it fit to separate from a country lacking in the wealth of natural resources such as Singapore. The separation from Malaysia was an emotional blow for Lee Kuan Yew. Nevertheless, he braced himself and vowed to transform Singapore from a poor third world country to one of the best developed nations of the world. 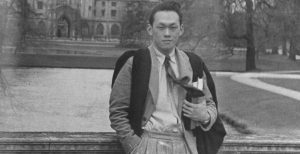 Lee Kuan Yew swore to his nation; his future and Singapore’s future would be one and the same. He wouldn’t let the common people die of starvation and busy himself with building his personal wealth. His life and death would be in and for the country. His future and Singapore’s would be aligned. There will be no sanctuary for him in the world other than his own country. Undertaking this oath to his people, Yew became fixated in transforming his dream of Singapore into a reality. And the same generation of Singapore saw the country take a phenomenal leap in progress from starvation to skyscrapers. The country which lacked in access to clean drinking water back in the day became the fourth biggest commercial centre of the world.  Singapore’s progress transformed the country not only from a third-world nation to a developed one, but to one of the richest countries of the world.  Span of only 40 years is a limited time-frame, even for personal prosperity; Lee Kuan Yew succeeded in remarkably changing the face of Singapore and the world status of his people. Lee Kuan Yew is thus said to be the new face of Singapore and the founder of new-age Singapore. 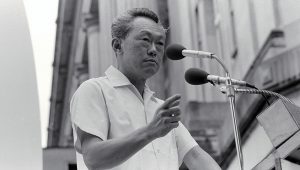 I have travelled many countries of the world but one thing that particularly astonished me about Singapore was that you do not need to buy bottled water in the country at any point and place. This is because tap water in Singapore is clean and hygienic as per the international standards for drinking water. While drinking water I never failed to recall that Singapore lacked the source of drinking water at the time it came into being.

Lee Kuan Yew passed away on 23rd March, 2015. Three years have passed since Yew’s passing but the Singaporean people still find him in everything they relish. During the last rites of the great leader’s funeral, the people spent days standing in queues spanning miles to pay their respect to the late father of the nation. The nation is grateful to Yew; he fulfilled his promise to them. Not a single eye in sight was tearless on the passing of their beloved leader. 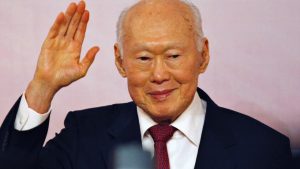 Singapore was blessed with one good leader and they scaled the heights of glory. On the other hand, Pakistanis witnessed a protracted list of big names; including the Qaid-e-Millat, Qaid-e-Awam, Mard-e-Momin, Mard-e-Haq, to the Quaid e AzamSaani. The nation saw the Qaid-e -Inqalaab, the Qaid-e-Tehreek, Khadim-e-Aala and even the Kaptaan; however, none of them bothered to think through the real issues of the nation. Whether East or West, this is certain that actual progress never requires a league of leaders rather single, worthy person would be good enough. All he needs would be faithful intention, exposure, enthusiasm, and ability to turn possibilities into opportunities. The picture in Pakistan is flip-flop though and thus the reason for the comparative retrogression. Here if someone admires infrastructure, he would spend his life building bridges and introducing modern buses or trains and the others who venerate atmosphere environment would strive bring tsunami of trees clearly visible over Facebook pages. There is another category spilling blood, sweat and tears to make “Mohajiristan” out of Pakistan and yet another who is busy fighting for Afghanistan. The so-called revolutionists deem thirty years a trivial time to make a country like Singapore and desire an extension of at least thirty more years. Half of the Pakistan is asking for, “why disqualified?” and rest of it is answering the question. Lending an ear on the judiciary would reveal that leaving ten lac pending cases behind judges are tied up to rectify administrative and political subjects. 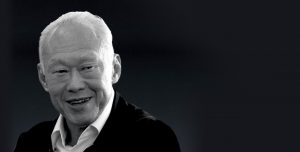 Is it how Pakistan would become a country like Singapore, China or Turkey? And why would the nation’s state change after all? None of these manufactured leaders accepted Pakistan’s future as their own, nor did they accept the country to be their true abode. Some have their wealth secured in the foreign lands, others their own kin. Why would they endanger their life for the good of the country when they don’t accept it to be their “home”, in the truest sense?

Pakistan does not need a fleet of such leaders to see prosperity; it only needs a leader who envisions and aligns his own future with that of the nation – who would live and die for Pakistan, and have no other abode than the country itself. It’s been ages since the dew drops echoed the cries of the blooming flower. It is high-time now that someone hears the laments of this blooming flower and vows to protect it. People of Pakistan want nothing but the Pakistan that was promised by Quaid-e-Azam.

Wasif Malik is an author, columnist, blogger and journalist. He is the recipient of several awards from various national institutions – NAB, FIA and Federal Interior Ministry.

Why Pakistan sees Afghanistan as its fifth province