‘Khaani’ is a trigger that fantasizes emotional abuse

Social media, nowadays, is flooded with posts related to the ongoing drama serial Khani. Its OST (Original Sound Track) has crossed 10 million views on YouTube. One becomes so curious of what’s inside this super rated drama, while repeatedly seeing news about the serial on their timeline. Let me clear one thing, romanticizing emotional abuse in the form of TV entertainment is a big question. On one hand there are campaigns held by media to cater with sexual abuse, and on the other hand the same media is creating a pleasure feel for emotional abuse. Isn’t it contrasting? 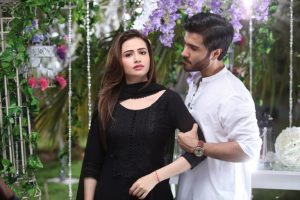 The most interesting part is that Mir Hadi who is a feudal landlord’s son, a male chauvinist and the killer of heroine’s brother is being fantasied as a Disney hero by youth. As when he fell in love with the same girl whose brother he had murdered, he left no stone unturned to get that girl. Neglecting the emotional pain which he is giving to the girl and her family just to get her, people are going crazy for the storyline of the drama. So the core message which I have derived from this drama is that if a guy, no matter if he is your brother’s murderer, is going bonkers for you, you are the luckiest girl. 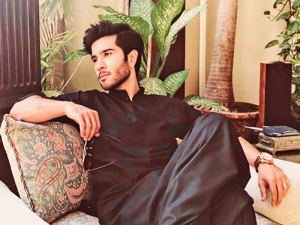 There went a trend when each and every drama was focusing to romanticize the concept of ‘rape’. Now, this drama, carries the concept of ‘lunatic love’. The thing is that our society is seeking pleasure in pain. People are trying to escape from the real life situation by comforting them with these types of relaxers. Nothing will happen but this will surely upraise the level of love fierceness among the coming generation at a subliminal level. It will communicate a message that just because you are a landlord’s son you have every right to get your desired thing, no matter by hook or by crook. 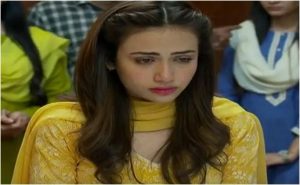 It’s very sad to know about the rising figure of self-killings of teenage girls and boys in the country if they fail to get their love. I have heard a lot of stories in which the boy firstly kill the girl and then shot himself dead. I am afraid that dramas of such types would increase that suicidal trend. We need to understand that emotional abuse and love are two different concepts. Nobody has the right to approach anyone without their consent.

I am repeating again that media shouldn’t fantasize the idea of mental torture in the name of love. Just because everyone’s TV is switched on at the prime time on every Monday, doesn’t mean that this is a success. Inserting the wrong idea in the minds of people is no achievement. People should make themselves self-aware of what they and their kids are digesting. We have to consider the deep rooted effects it will engrave on the minds of little ones. Unhealthy entertainment should be discouraged.

Muqaddas Ilyas is a Media Studies graduate from the University of The Punjab.

Infidelity in the virtual world