Despite leaving Jal, one of Asia’s most popular pop rock groups former lead vocalist Farhan Saeed has had a successful solo career due to his musical prowess delivering hit after hit including songs like Khawahishon, Pi Jaun (featuring Momina Mustehsan) and the critically and commercial successful Roiyaan among many other songs as well as lending his voice to the popular Hum TV television series Udaari alongside Hadiqa Kiani with the title song Sajna Ve Sajna. Apart from that he sang Rab Rakha for the 2017 Pakistani film Punjab Nahi Jaungi and sang for some Bollywood films including Creature 3D and Half Girlfriend. 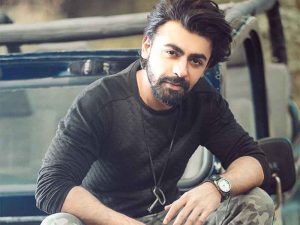 What is remarkable about both the video and audio of Dil Hua Panchi is that they have been kept simple and both do justice to one another. That is what makes Dil Hua Panchi a treat to listen to. The music video was shot in New York City and features Farhan Saeed and Sana Serai. The subject of the song is love at first sight and the music video does complete justice to the subject it has been based on. At the end of the music video a text is displayed that “love is simple” meaning that there is no need to complicate even matters such as love. The lyrics of Dil Hua Panchi which have been written by Shakeel is basically trying to emphasize that love should not be complicated and be kept simple and pure. Farhan Saeed and Sana Serai present a perfect chemistry in the music video and the beautiful backdrop of New York City makes their chemistry and the entire music video even more breathtaking.

The song is a signature Farhan Saeed track.

The music video for Dil Hua Panchi has been directed by AsimFarooki.The song has been produced and composed by Adrian David Emmaneul.The bass is played by Aamir Ally in the song and the posting and grading has been done by Sami Rafiq and Zeeshan Ahmed.

Aside from singing and acting, Farhan Saeed is also set to make his directorial debut and will be directing the music video for Musician Hamza Malik’s new song O Jana.

My dream date with the Princess of Hope

Pakistan’s television industry needs to up its game