As a non-custodial father, I request the judiciary to address the troubles we go through

A healthy relationship is required not only for a long lasting marriage but also for the kids who are born out of wedlock. However, once the relationship turns toxic and differences cannot be sorted out then couples either opt for divorce or separation, which may not be a smooth journey for everyone. These choices not only affect the couple’s psychological state, but in most cases permanently damage the personalities of the children who are dragged into the conflict and alienated from the non-custodial parent in one way or the other.

In comparison to our society, cases of divorce in western societies are carried out in a smoother manner. Here, your whole life is spent fighting multiple litigations. Women accusing her husband in the western society without any evidence may have to face serious legal consequence predefined by the legal system.Whereas in our country, it is a typical practice to convict the father for kidnapping kids using lethal weapons even in the absence of any evidence. Fortunately, military grade weapons are not common as otherwise a non-custodial father may have ended up with charges of possessing tanks or a nuclear weapons and an organized militia in cases of a fake allegations of child kidnappings. 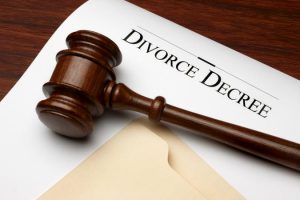 Alienation from the other parent or disruption of contact between child and non-custodial father is widely practiced by the other parent. The most serious post-divorce dispute is the custody of minors whether interim, permanent or any visitation plans as ordered by the honorable courts.Being a non-custodial father one undergoes a highly painful journey of at least getting a visitation right within the court premises.

Once the court allows the meeting between father and children it takes another month or two– or even more– for the execution of the orders as most custodial parents, if not all, come up with random excuses about the said child’s inability to appear in the courtroom for a meeting with the father, either due to exams or medical reasons or excuses without any credible proof. This helps the custodial parent to alienate the child from her/his father.

On the other hand, a father may be allowed to have 24-hour custody against security bonds that may have a worth of a million rupees, more or less, in different cases. Those amongst the non-custodial fathers who can’t afford to submit such form of security may not be able to avail this opportunity. While the non-custodial father can do little to prevent the abuse his children are facing, the responsibility shifts to the honorable judiciary to take appropriate actions.

If you are lucky enough to secure a meeting with your kids,even one within the courtrooms, you may have to wait for hours before your child finally shows up for a meeting. An order by the honorable court about specific timings for child meeting with father is straight away ignored in most situations.

In many cases, children are often brought in for a meeting when they are tired enough and fail to actively engage with their fathers, following what appears to be deliberately designed delaying and alienation strategy that not only frustrates the minors, but is also equivalent to taking the order of the courts for granted. Once in the court room, you may face other sets of challenges while meeting your children.

Unfortunately, there is no independent body that may keep a check on the physical and mental health or the academic progress of the children. A father with the assistance of his lawyer is required to move an application requesting the honorable courts to check the health and academic status of the child. The application will then be answered by the defendant, which may take a few weeks and is often nothing more than an added piece of paper to the file.

For the well-being of the minors there must be some inspection procedure or an auto check on whether the child’s maintenance fund is being used properly by the mother or not. For example, in my personal case I have been paying maintenance regularly as ordered by the honorable court. Shockingly, however, I received a text from the educational institution of my kid instructing me to submit the fee due for four months and threatening to remove the name of child if not received.

A copy of the message is posted below for the readers to understand and feel the trouble a child may go through and how helpless a non-custodial father would feel in such situations.

Another dark aspect that engulfs a child who is either kept away from his/her father or is merely allowed to meet for a few hours in a month, is the issue of sexual exploitation. How many of us in the society would let our minor daughters or sons be exposed to such threat?If not, then how can we let these minors forced to be kissed, hugged or sit in the lap of their stepfather, his male friends or relatives in disconcerting ways. There are countless stories by individuals sharing the childhood trauma they had to go through either due to being left at the mercy of a single parent or being denied the natural rights of equal parenting.

For instance, who will keep a check on the minors that are unable to express their feelings and are left to struggle and fight the abuse or accept it as a fate, in instances where the mother remarries? Who will ensure that the five year old daughter is not forced to share the same room with her mother and step father where the couple freely practices the privileges of their relationship and while the mom is away the minor, whether boy or a girl, isn’t sexually exploited.

According to some researchers, New Zealand children reporting childhood sexual abuse were more likely to live with step-parents before the age of fifteen. Similarly, a community survey of 933 women in San Francisco reports that one in six stepdaughters growing up with a stepfather were sexually abused. According to the same study, the presence of a stepfather remains the strongest correlate of victimization. In another place, according to one researcher, nearly half of the girls living with a stepfathers were sexually abused by someone.

My intention is not to portray all the singles mothers or those that have remarried in a negative manner. The argument I have attempted to make rests heavily on the factual grounds that children in broken families are subjected to all sort of violence, whether sexual, mental or physical, by their stepfathers and the chances of such violence can be curbed by putting an equal parenting system in place.

You may dismiss my outcry if you believe it is tolerable to see your minor girl or boy walking around with a stranger on the other side of the road. You are helpless in the knowledge that raising any inquiry would lead you to face multiple criminal charges concocted by the mother who enjoys full custody of the children with the stepfather. Furthermore, if as a society we are happy to name our children as Zainab without addressing the causes that lead to such an inhumane and violent act that the minor girl went through or if it’s perfectly humane to murder the dreams of minors and emotions of a father by providing unchecked rights to the custodial parent.(Note: Granted, Zainab’s case was not related to divorcee parents) 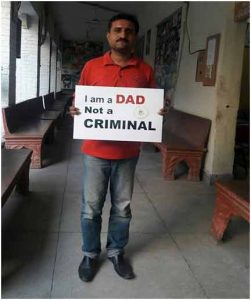 I therefore humbly requested the honorable judiciary that kindly take into account the series of abuses these little souls go through and consider an equal parenting system so that in a decade or so we may have healthier minds rather than damaged souls who were once denied to have an equal parenting right. Moreover, only the judiciary has the authority to ensure that going through guardian cases have no Zainabs in them, who, God forbid, in the coming years of their lives are more likely to be victimised just because the custodial parent was either ignorant as a revenge of divorce or was too busy with her new partner and newborns. If such behavior is tracked, and abusive parents are taken to task, then we may have a ray of hope to foster millions of souls who currently have a dim future.

The author is a University College Birmingham grad and is currently associated with a school in Gujranwala.

Getting to know the incomparable: Zahraa Saifullah!

What the police means to a common person