Amber Alert: How the Punjab government is working on making us all feel safer

On the afternoon of January 13, 1996, nine-year-old Amber and her brother went to ride their bikes in Texas. After a short period of playing around the abandoned grocery store, the brother headed back home leaving his elder sister to cycle alone. Jim Kevil, a 78-year-old retiree was witnessing what happened next from the backyard of his property. Police was happy and hopeful for Jim Kevil’s eyewitness account, but that did not help in their investigation efforts.

Shortly after discovery of Amber’s body, a caller to a Dallas radio station posed an interesting idea that why doesn’t the law enforcement team up with media to quickly provide information to the public when a child is abducted? The idea was very well received among the authorities that eventually led to the creation of the Amber Alert. It was sad for people that it took an incident like this to get the Amber Alert up and running and it was relieving for the people that they won’t have to face the same situation again. 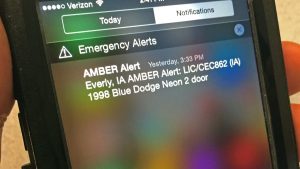 When abductions are carried out by strangers, they are regarded as the most difficult cases to solve. History is filled with such cases of maniacs. Every country has a unique history of killers and abductors and there usually is a terrible story behind great ideas just like amber alert in the US. Countless cases had been solved and a lot of cases remain unsolved even in advanced countries like the US. In a period between 1972-1974, five black children were murdered and mutilated in Manhattan. No one was ever sentenced, but one suspect, Erno Soto, confessed to one of the murders. Unfortunately, he was considered unfit to stand trial and committed to a psychiatric hospital. Another one of the most notorious serial killers of all time, the Zodiac Killer made a name for himself as he killed at least five people and taunted local newspapers with letters about his crimes. Multiple suspects have been named, however, the case remains unsolved and inactive. Hence, even in the first world countries where they usually use smart technologies of the time to trace and solve cases, countless cases are still open or the killers have not been spotted or traced yet.

Had it not been for the Punjab Forensic Science Agency (PFSA), the suspect would not have been caught, CM Shehbazwas quoted as saying. He said a DNA matching conducted for the second time had confirmed that the arrested suspect is the only culprit. Along with that, he thanked various ministers, officials and civilian and military intelligence agencies for tracking down the rapist-murderer after a 14-day effort.

People kept on pointing at the police and Punjab government for not being able to provide safety and security to the children of the same city where a huge scandal had been pointed earlier. Sadly, the efforts made by the government went unnoticed and proved to be futile just like many other cases in the world. But this time round, they had pressure from people, media and activists alike. And luckily, that pressure resulted in success in the case. What’s good in this whole situation is the fact that Punjab government has announced to form an Amber alert on the same mechanism as the American one in order to point and trace any abduction right away.

Zainab was among top trends on social media. People did not talk about anything other than Zainab. During the same time, the body of Asma was found dumped in a sugarcane field near her house in Mardan on January 14 after she went missing while she was playing outside her house. But people, media, journalists and activists chose Zainab. They talked about Zainab for their own respective reasons, every one interrogated Punjab government as key suspect but soon after the press conference of Shehbaz Shareef, everything flipped. People, journalists, media, activists had a new topic to talk about. Asma is also daughter of this nation. She was also abused, raped, murdered and dumped and our little brains process things what has been shown and showcased through media. Asma’s blood wasn’t any less precious. She too needs justice. Why wasn’t she a priority of the nation? 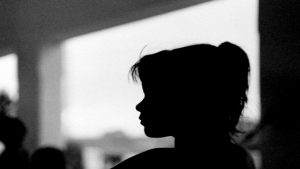 Who doesn’t know how badly our country needs reforms in Police department. This in my opinion is the only department that needs reforms from its very core. However, in situations like these it is duty of a common man to encourage the departments. The more you urge and boost their morale, the more they try to perform and deliver. We live in a modern age where if they ever try to mess around, they might as well get fired for the inconvenience they cause for us. Hence, we as nation need to change the habit of overly criticizing things and making the circumstances even worse. Not only the family of the murdered was in trauma but the whole nation as well as the departments was traumatized because of the unnecessary leg pulling and criticism that went on for days and days and days.

The Child Protection and Welfare Bureau is also working in province of Punjab providing services regarding the protection and welfare of neglected children, reunification of the rescued children who were either kidnapped, ran away, lost, missing or trafficked. As many as 19,000 children have reunited with their families in and outside the country by the bureau so far. 75 kids have been given in temporary custody to families for adoption. Almost 108 domestic violence victims have rescued. The bureau is also working to provide psychological support to these children. Amber alert system should be adopted by the whole country. People and media should act more responsibly. That might not help in reducing the grief but it surely will help the institutions to act sanely and people to feel less miserable.

The writer is a journalist by profession. She is also a blogger, pursuing her MPhil degree in journalism.

Embracing pluralism is necessary for the world’s collective survival

Despite the recent brawl at Punjab University, student politics shouldn’t be banned