Mahatma Gandhi is one of the most celebrated men in India and abroad in recent history. He preached peace, tolerance, freedom, and love for others which earned him praise globally.

His disregard for violence and oppression helped Indians push the foreign masters out of the sub-continent. In this course, he envisioned a state that would contribute to the collective good and peace of the world. But, he seems disappointed and deceived.

If we look at today’s India, we come to know that it’s moving in a direction quite opposite to the one Mahatma envisaged for the country.

Indian political elite has been misusing Gandhi to present a better and a peaceful picture of India for decades. Repeated reference to Mahatma’s principles can be found in the official’s speeches and overtures. 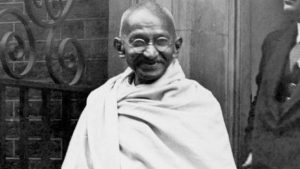 But, it’s nothing more than an instrument of exploitation in the hands of political, military and religious elite. Nothing but just a rhetoric paving their way to materialize the desired objectives.

Gandhi detested violence and preached peace as evident from his saying “Nonviolence is the first article of my faith. It is also the last article of my creed.” But, when we take stock of India’s policies locally and abroad, we reach the conclusion that it’s violence which is largely at play. 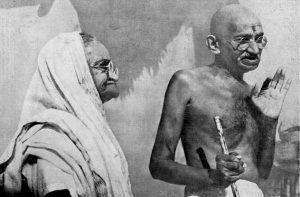 Brutal oppression of minorities at home (Gujrat massacre), blatant use of military force and violence in IHK killing innocents, and sponsoring terrorism across borders stand in stark contrast to what he proposed.

Moreover, India’s unprovoked firing and shelling along the line of control resulting in causalities of civilians do not send a message of peace, but that of war and violence. 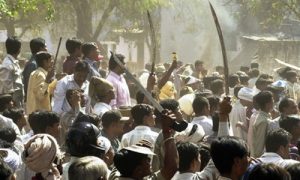 Does today’s Indian being the world’s second largest standing army (after PLC) satisfy his dream? The answer is a straightforward No.

India, currently, is the fifth largest country in terms of its defense expenditure and the first, by far, in accounts of arm imports. This outstanding military posture strikes the founder of the nation down and it might hurt him knowing that militaries are raised to fight.

Another front at which Mahatma stands defeated and disappointed is India’s standing on the Palestinian conflict. In 1938, Gandhi wrote, “Palestine belongs to the Arabs […] It is wrong and inhumane to impose the Jews on the Arabs.”

In contrast, today, India’s chauvinist leadership has discredited Gandhi by not just being a silent spectator on the Palestinian fate but by extending a hand of cooperation in different avenues including defense which is at the heart of Indo-Israel ties.

The recent visit of Israeli Prime Minister, Bibi Netanyahu, might have added salt to Bapu’s injuries as the content of the visit entailed only defense and economic deals. 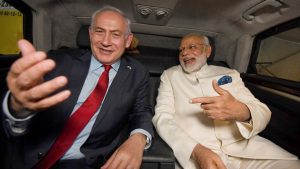 There wasn’t any reference to Gandhi’s views about the fate of Palestinians despite the protests against the ruthless and unjustified occupation of the Muslims’ territory.

Why? Because it could have come in the way of arms deals.

Apart from violence, oppression of minorities, militarization, and disregard for Palestinians’ rights, India has also failed to take lead in efforts to address environmental issues.

Currently, India is the world’s 7th largest emitter of pollutants, accounting approximately 4pc of the total emissions. This failure too might irk Gandhi whose love for the mother nature can be gauged by his saying “Earth can fulfil everyone’s need, but cannot fulfil everyone’s greed.”

In short, the foregoing disquisition maintains that the father of the nation is disappointed. And this will continue until the country’s leadership realizes the true meanings of what he said, “Be the change you wish to see in the world.”

Zafar Khan is a student of International Relations (NDU, Islamabad) and a freelance writer. He has worked at the Canadian High Commission in Islamabad. He is currently pursuing CSS.

Don’t ask a depressed person to ‘be happy’. Ask them to consult a psychiatrist

Man with a Plan: How captain Sarfraz managed to win all seven T20I series

Is India an Unreliable US Ally?