Lamenting the state of mind that nurtures sexual abuse in Pakistan

Kasur saw the twelfth soul terrifying murder, kidnapping, rape, molestation and brutal murder of a seven-year-old innocent girl. Innocent enough to not know for what devilry and lust she was taken away. In 2015, sexual assault of 300 children below ages of ten was filmed that enraged people worldwide. Sadly, the chain of child sexual abuse seems unstoppable and is usually left unpunished under political influences and by customary slothful nature and incompetence of Police and other law enforcing institutions. 12 girls below the ages of 10 had been kidnapped, sexually abused and brutally murdered, episodically in a year, and that rapist and murder is still at large. 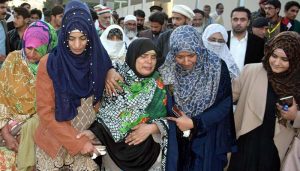 The grief is so grave that I am short of words. It seems that all the perverts, hypersexual psychopaths and pea-head misogynists have gathered from all around the world in our country. I am darkened and do not know what to lament; the deplorable murder of Zainab and other innocent girls or the regressive judgmental reasoning of the people of this nation.

Unfortunately, there are many people who are playing the blame game in their drawing rooms and in inboxes. I am referring to the common man and woman of this country, condemning, playing resentful and then tagging blames to the ignorance of the parents, especially about the way they left Zainab unattended. Usually these witless discussions by witless minds conclude with the dress code of sexually abused girls. I literally appreciate the people with underdeveloped minds, who go under such struggle to blame a 7-year-old’s dress when she was kidnapped, which might have lured the rapist (note: sarcasm). 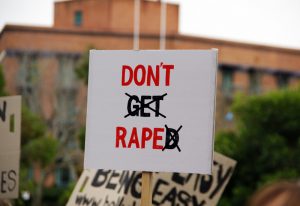 Dressing decent is a right but no one should blame a dress for a rape. Such people belch and comb their beard with their fingers and blame media for showing semi-nude women and her thighs which entice these rapists to rape a child or a woman. What about the willful watching of adult sexual content by them? If the media is showing such things, why do you bother watching it in the first place?

To them, a girl being alone outside in the street enticed him to rape her. Are these excuses to justify increasing rapes of innocent girls? This is how you will justify if your daughter gets raped? Are these excuses enough to justify the heinous acts of rapist or any man that harasses any girl in street, goes around showing his manhood to women in public?  Tell me, how can a toddler be inviting to a rapist or do you think little boys raped by perverts were wearing revealing cloths?  If this is your argument, then you are a walking shame to your country and religion. 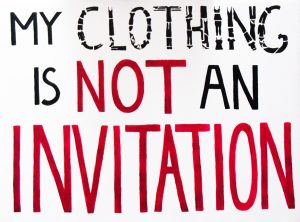 Maybe Zainab was not your daughter, and perhaps, that gives you peace of mind to judge a situation like that. If you think wearing a veil, hijab, staying inside the house is the only solution; then all zealots, plagued by pride in their gender, to whom children and specially women are more of a commodity than a human, born to satiate their lust, should advocate covering cats dogs and chickens. If wearing a veil is a solution, then these animals have the equal right to wear it.

Rape is a mentality, a mindset, more than it is an act. Now is the time to realize it. Realize before the malady reaches your doors. Only chasing these rapists will not help; the people have to change their mindset about rape and its victims. It is a criminal who is to blame; not the victim. It is the thief who is to be blamed for the stealth rather than the man who was not at home.

Changing the channel will not help.It is your mentality that needs a change.

Ayesha Noor is a student of English Literature, loves to read Urdu literature and write about social issues.

Don’t ask a depressed person to ‘be happy’. Ask them to consult a psychiatrist