“The application of scientific knowledge for practical purposes, especially in industry”; this is how they define the term‘modern technology’, and the tenor of this definition indeed depicts the ownership over it of the Western civilisation. Beginning from the age of enlightenment, the spurt of scientific innovations emanating from West continues to this day, allowing human beings to explore more beyond mere subsistence. Not unsurprisingly, this span of time, between 16th to 21st centuries, also overlaps with the period of dominance of the Occident over the Orient.

The fact that, from then onwards,Asian people, particularly Muslims, could never really compete with their European and American counterparts despite having unrestricted access to modern technology is enough to conclude that people from this part of the world have been taking technology for granted since the outset. Being the architects of much of the lateral scientific advancements, the Westerners continue to take pride in what is an oft-quoted phrase “civilised world”, which should be taken as a pejorative by most of the Muslim countries dubbed as “third-world”. But it is not the case. Not because Muslims are magnanimous enough to concede their inferiority to the West, but because they do not simply subscribe to what has been owned, developed and declared by the ‘evil’ West. 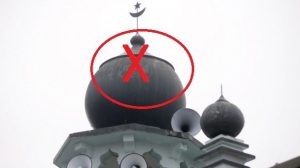 And this dilemma remains the core reason behind stagnation of the Muslim Ummah today in terms of socio-economic and political stability.

Ownership is important. It is a no brainer that we, the humans, tend to preserve, adorn and take care of the things that we have acquired through hard work and dedication. Viewing from an individual’s lens, let’s take for instance a car. A person who has bought a car from his hard earned money will never forget to carry out timely maintenance activities essential for facile running of the vehicle. On the contrary, when the same person allows his son to drive that car, the son would in all likeliness wreak havoc on his father’s well-maintained ride. Being consciously or sub-consciously aware of the fact that the car is not owned, but rather used, by him, the lukewarm son will treat it as callously as it gets.

Similar is the relationship between Muslims and modern technology, the latter being used and abused by the former incessantly over centuries now. Look around. One can find concrete manifestations of how this atrophy is being perpetrated in Muslim societies day-in and day-out. Youth in the Middle East is completely swayed by online games; abuse of scientific miracle that are vehicles is rampant on roads, making driving the most debilitating task in life; watching porn seems to be the most commonly cherished use of technology in Muslim countries; pirated versions of movies are downloaded as if these movies have been created ex nihilo; despite several efforts to make corporate processes automated, so called professionals continue to find ways of how to tinker with stats. The abuse of smartphones by the indifferent Muslims remains the most painful sight of torture being inflicted upon modern technology. 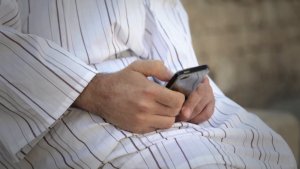 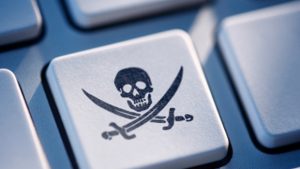 Allama Muhammad Iqbal, in his first Reconstruction of Religious Thought in Islam lecture, presciently gave following remarks: “European culture, on its intellectual side, is only a further development of some of the most important phases of the culture of Islam. Our only fear is that the dazzling exterior of European culture may arrest our movement and we may fail to reach the true inwardness of that culture”.

Iqbal’s only fear, unfortunately, has turned out to be true as “the dazzling exterior of European culture” has indeed arrested Muslims’ dynamism and “the true inwardness of that culture” keeps eluding  the Muslims of today.

In Iqbal words also lies a solution to the ownership predicament. By reminding and convincing Muslims that “European culture, on its intellectual side, is only a further development of some of the most important phases of the culture of Islam”, they can well become more responsible and more circumspect while using technology. Religion may or may not be a productive force, but it remains the most potent tool when it comes to providing legitimacy to certain sceptical matters, and modern technology is one of them. The legitimacy crisis confronting the modern technology in Muslim societies ought to be addressed in earnest.

The author is a marketing graduate and a journalist with keen interest in sports.

How nuclear energy can help Pakistan protect its environment