Fake encounters: If police violate law, they have no right to be described as its custodians

Extrajudicial killings, carried out by the Police on a daily basis in Pakistan, are not only illegal, unlawful and inhuman but also highly condemnable. It negatively affects faith in our legal system and courts.

It is not only in violation of law, but also a brutal and inhuman act on the part of the police officials, which shakes the legal framework of society and which in turn loses its trust in our judicial system.

Under the law, police are to arrest the criminals and to investigate the crime, but they cannot exceed their limits, they can use reasonable force to arrest criminals, but killing of a person in form of fake encounters, before arresting him, is a sheer illegal act. 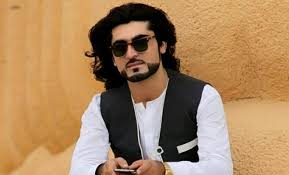 It is the collective responsibility of the police and the judicial magistrates of the area to have effective control over the local police so that they perform their duties within their powers.

Magistrates are empowered by the law, to direct the superintendent of police to take suitable measures for the protection and detection of crime.They are also empowered to inspect police stations in their jurisdictions.

However, it is correct to suggest that the majority of magistrates prefer to continue to maintain harmonious relations with the senior police officials, instead of urging them to impress upon their subordinates to attend to their duties effectively.

It is the duty of the Inspector-General of the Police of each province to check and control crime and to see that all the officers subordinate to him perform their duties in accordance with law. 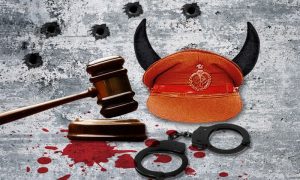 It is also his duty to check that the gazetted officers personally supervise the investigations to ensure that it is faithfully carried out and to keep an eye on whether or not they check the case diaries and make inspections of the police station and post falling under their jurisdiction.

The Police Rules specifically require that every police officer shall keep his temper thoroughly under control, shall act with courtesy on all occasions and shall not allow his composure to be disturbed by the behaviour of others towards him, and while defending himself or lawfully enforcing his authority, shall act with calmness and shall use as little violence as possible.

Police should be used strictly for the purpose for which it is established and tire law should be enforced in its real spirit.

Section 29 of the Police Act says that a police officer who is guilty of any violation of any duty of willful breach or neglect of any rule or regulation or lawful order made by competent authority or offers any unwarrantable violence to any person in his custody, shall be liable to three-month imprisonment, besides being proceeded against departmentally. 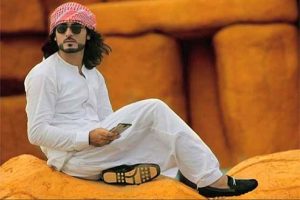 Under Article 9 of the Constitution of Pakistan, no person shall be deprived of life or liberty, save in accordance with law.

Article 10 of the Constitution provides safeguards against arrest and detention. It provides that no person who is arrested shall be detained in custody without being informed, as soon as may be, of the grounds for such arrest and every person who is arrested and detained it, custody shall be produced before a magistrate within 24 hours of such arrest excluding the time necessary for journey from the place of arrest to the court of nearest magistrate and that he shall not be detained in custody beyond the said period without the authority of a Magistrate.

If any police official is involved in extrajudicial killing, he must be punished under the strict clauses of Police Rules 1934, Police Order 2002, and Pakistan Penal Code 1860.

Extrajudicial killings are a disgrace of law and cannot be condoned. If the police itself violates the law, they have no right to be described as custodian of law.

It is alleged that whenever any complaint is made to the higher police authorities about excessive use of force, they try to shield and protect their subordinates with the result that people lose all confidence in the departmental enquiries.

Hardly any serious inquiry appears to be conducted by the police to find out the truth behind the extrajudicial killings.

Arsalan Raja is a Karachi-based barrister-at-law and an advocate of the High Court.

Why is ‘Baaghi’ projecting Qandeel Baloch as a bechari aurat?