Chupan Chupai review: Ahsan Khan is the most versatile actor in Pakistani cinema

In Chupan Chupai, Ahsan Khan plays Babu Bhai, a kidnapper with a who falls in love with Pari, which is brilliantly played by Neelam Munir – a remarkable debut performance.

Ahsan Khan proves his acting capabilities with yet another marvelous performance in Chupan Chupai. Playing a comical role, his ability to jump from one aspect of his character to another, flawlessly, is a skill that is learnt with immense hard work and diligence. 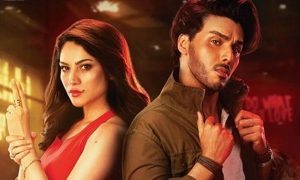 We have seen Khan as a romantic hero, followed by a groundbreaking performance in a negative role in Udaari which gained him numerous best actor awards.

With this performance, Ahsan has once again proved that he is the most versatile actor in Pakistani cinema who can mould himself into any character.

The subtleties of approaching a character like this aren’t taught in any film school.You can’t learn it by watching other performances either.

Comedy is probably the most difficult genre to execute, because if you fail to make the audience laugh, your career is over.Fortunately, ChupanChupai and Khan’s acting had the audience in stitches.

Chupan Chupai is directed and co-written by Mohsin Ali who previously directed Wrong Turn.The movie will leave you in a hysterical state with its perfectly timed hilarious punchlines.

The movie revolves around Babu(Ahsan Khan), Teeli (Vajdaan Shah), Koki(Ali Rizvi) and Faddy (Zayed Sheikh).The four decide to kidnap an honest minister’s not-so-honest son Faizan Khawaja and end up in a fix, landing them at the wrong side of the notorious police officer SHO Chaudhary (Adnan Jaffar). 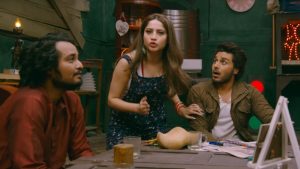 Adnan Dhool and Rabi Ahmed (SochThe Band) have done a marvelous job with a melodious soundtrack.They managed to compose and produce chart toppers such as Sadqa and Jhoom Le.

Every actor looks great and played their characters exceptionally well, particularly the new faces.Except for Ahsan Khan, this was a debut movie for the rest of the main cast, and they managed to leave a lasting impact. Ali Rizvi in particular is a face not to be forgotten soon and we hope to see more of him on the big screen.

NeelamMuniris also a new entry in cinema.And throughout the movie she looks stunning and has proved herself as an actor. 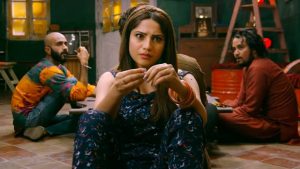 If you are in a mood to laugh and have a good time with your family, then head to the cinema and watch Chupan Chupai.

Zahra Khan is a law graduate and a home based translator at LokVirsa heritage Museum. She can be reached at zahra.ali.khan786@gmail.com

The real face of ‘Maulana Diesel’

Why was “Aurat March” inevitable?