Hillary Clinton has written a book about her defeat in the November 2016 American presidential elections. The name of the book is What Happened. Both the book and the behaviour of Hillary after losing presidential election to Donald J. Trump, if observed carefully, can be dubbed the English version of mujhay kyun nikala? (Why was I ousted?). These are the words of the ousted prime minister of Pakistan Nawaz Sharif (NS), which he has mostly uttered in public gatherings following his disqualification from premiership, after being declared ‘dishonest’ and ‘unfit to govern’ by the Supreme Court. We will try to address the similarities between Hillary Clinton not accepting her defeat against Trump and NS not accepting his disqualification from the premiership. 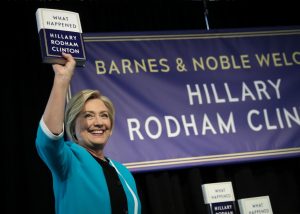 Both NS and Hillary Clinton (HC) have seen long terms in public offices. Both have been in power corridors for decades. They both have understood politics and what it actually is all about. They have learned how to cheat, bend and abolish the systems to their own favour. 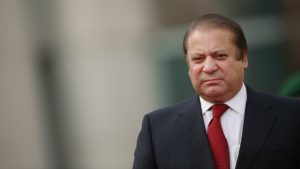 Barak Obama once told us, during the election campaign of 2016, that “Hillary is the most qualified presidential candidate ever in the modern democratic history of America”. In another speech Mr. Obama (then President Obama) said while addressing a public rally that he will consider it a “personal insult” to his legacy if the people who have voted for him, won’t vote for Hillary Clinton. After listening to this,the audiences booed, to which Obama said –that became his trademark in the later stages of 2016 presidential campaign – “Don’t boo, go vote!”. He knew exactly what Hillary Clinton was up to. He knew exactly what Donald J. Trump was talking about. Obama knew from inside that whatever Trump is saying without being ‘politically correct’ actually is the cry of the common American. He knew Trump’s sermons were shaking the walls of Wall Street, which are made by collecting the tax from the poor Americans, and are made by stolen tax money.

In addition to all this, Bernie Sanders’ speeches were shaking Hillary Clinton’s fake gratitude from inside. Sanders was bringing a revolution of its kind that can be brought in a capital society.

And then came Nigel Farage, a rebellion from United Kingdom, who can be said to be the sole creator of Brexit.He addressed a Trump public gathering, and that seven and half minute speech of Nigel Farage actually awakened the Americans from the dream – and they were hit by the reality called Trump. Hillary Clinton now says that Nigel Farage was also a big reason in her defeat. 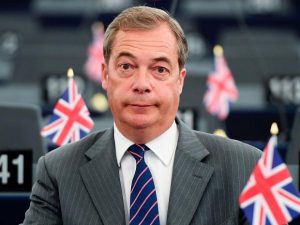 It is, by the way, strange that both of them (Obama and HC) had been competing against each other for a presidential nomination in 2008. If there are ‘beauties’ of Pakistani politics, American politics also is not short of these ‘beauties’. And how beautifully Nigel Farage smashed the theory of being ‘politically correct’,after Trump’s victory.

“Look at the last presidential election in USA, what was the big ideological fault line that existed between Obama and Mitt Romney … I couldn’t spot them… It didn’t actually make a fundamental difference whether you have Obama or Mitt Romney as American president”

He begins his speech as:

“Now how I got involved in this? I was in business. I had a proper job before politics. How about that? The Westminster is full of group of college kids who go straight into houses of parliament in their early 20s. They had never a job in their lives…and they are professional career politicians… what they worry is getting re-elected. What they worry about is playing safe. And because of that, and because of the direction of the media we have suffered for decades of being politically correct…they are frightened of being criticized…and as far as British political system has become, we are run by a group of people, who all went into the same handful of schools, who all went to the same university, who all studied the same degree, who all went straight into politics, and who all married each others’ sisters. That has whathappened to British politics”.

That is actually the pain Hillary Clinton is feeling, the same pain that Nawaz Sharif is feeling. This is the same pain all the rich politically classes in almost all the countries will feel if they are beaten in any election by someone that is less powerful and less influential than them. And the pain is: how were we thrown out of the politics even after becoming experts in cheating the system. How can we be beaten after still being so filthy rich? That is the shock which both Hillary Clinton and Nawaz Sharif are going through. And they both must have been genuinely unable to find the answer. After spending so much time in power politics, they must have forgotten how the cry of the poor can abolish the palaces of richness.

It is described that Pakistani politics has been the division about Bhutto: anti and pro Bhutto. The same can be said about the 2016 presidential elections in America. The 2016 election was not about Trump; it actually was the about the love or hate for Hillary Clinton (love or hate for the establishment). It wasn’t the love for Trump that has enabled him to win, but it actually was hate for Hillary Clinton in the rural parts of America that has cost the Democrats an election. This was the pure greed of Hillary Clinton for power and money that has made Americans take revenge from establishment through the ballot. It is still believed that Bernie Sanders would have been a very strong candidate against Trump as Hillary Clinton was considered as an establishment candidate. The exact is said by the journalists who have been near Nawaz Sharif that he has the same stubbornness, greed, lust for power and money and ruling style like an emperor. That may be the reason that still being in a democratic country, his family is written as shahikhandaan(king’s family).

It is said that it was Hillary Clinton who has made even the Democratic Party less popular. The same is true for Nawaz Sharif. In a very shallow rooted democracy in Pakistan, the transfer of power must be smooth after elections. This has become the utmost desire of Mr Sharif that some military should intervene so that he can blame that all the cases against him were politically motivated. 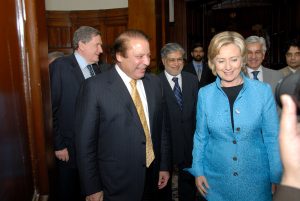 So both HC and NS think that they are more important than the system itself. Neither Nawaz Sharif nor Hillary Clinton believe what happened to them. They are searching for the causes outside themselves – but the causes are within.

The weakness was inside Hillary Clinton. The poor Americans have gone to polling stations in November 2016 election, and have cried through the ballot paper and have registered their resentment against the political class that Nigel Farage was talking.

Good luck to you both Hillary Clinton and Nawaz Sharif. May you both find an answer of to “What Happened” and #MujhayKyunNikala.

It is certain that you will never be able to find the answer, because the glasses with which you look at the world is different. And even if you both know from the inside as to why you were ousted from the political systems, you still won’t admit it. Because if you do, that will be the death of all the principles on which your whole life has been based.

Yaaser Awan is an NGO worker who has done his Masters in Political Science and Rural Sociology from Punjab University. He writes to record what he thinks. He tweets @Yaaser_awan

A brief history of Pakistani film industry – and its revival(s)

Instead of the annual ritual of pinning hopes on the New Year, it’s time we Pakistanis embraced hard work