Veteran guitarist Asad Ahmed has ended 2017 on a high note with the release of his music video Rebirth. It is the second music video after Animal from the guitarist’s debut solo album titled Rebirth. The music video was released on EMI Pakistan’s YouTube channel on 17th December and on other platforms the next day. 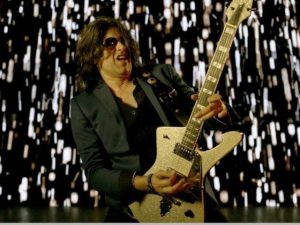 The music video which is directed by Amaan Ahmed from Uncut Studios does absolute justice to the instrumental track. Simple, yet beautiful, would perhaps be how one would describe it. Asad Ahmed in a social media video says regarding Rebirth, “The story is about a wonderer who is on a path of self discovery”.

The music video and the instrumental track greatly captures the scenic beauty of Pakistan and makes one want to go to the Northern Areas for a solo, quiet and peaceful vacation. That is the kind of mood Rebirth attracts. 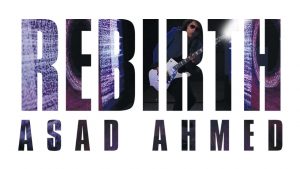 Asad Ahmed is a Pakistani guitarist who was a part of The Barbarians which is regarded as Pakistan’s first rock band. He was also a member of the pop rock trio Awaz which included now solo musicians FaakhirMehmood and Haroon Rashid. He was a founding member of the rock band Karavan. He was one of the house band members in Coke Studio from Season 2 till Season 6. He has also played alongside other musicians including Junoon, Vital Signs, RahatFateh Ali Khan, Sajjad Ali, Ali Zafar and many more. He also appeared in the finale of the second edition of Pepsi Battle of the Bands and performed on guitars with Shahi Hasan on the Vital Signs’ song Na Mumkin. He is currently a solo artist. 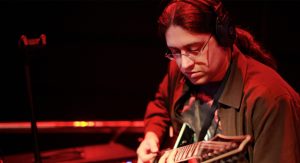 He released his debut solo instrumental album in July this year. The album titled Rebirth which consists of 10 instrumental tracks was released by record label EMI Pakistan in July this year and has gained positive reception both in Pakistan and internationally. Two music videos have been released from the album so far namely Animal and Rebirth. 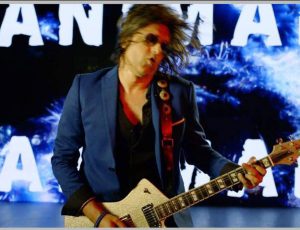 The music video of Rebirth takes you on a journey to the undiscovered places of Pakistan and tells you that there is more to the country than one that meets the eye. It has been perfectly executed from every angle. Amaan Ahmed has done an excellent job with the music video and JunaidMehmood has proved to be a phenomenal DOP (Director of Photography). It suits the sort of atmosphere that Rebirth is aiming to provide which is about discovering yourself. Both the music video and the instrumental go hand in hand with each other.

Let’s hope that Asad Ahmed keeps on entertaining and providing the fans with much more in 2018.

Shammi Kapoor was at his finest in ‘Kashmir Ki Kali’