Shammi Kapoor was at his finest in ‘Kashmir Ki Kali’

There are very few films in Bollywood which can qualify for both accounts of superb acting and great music. This film is one of them.

In the first half of the film, the plot is simple, even from the starting point the destination to be reached in due course can be seen, but the second half of film is full of surprises and twists. Usually when a film has a plot which is predictable one loses the interest partially if not completely; in such cases the acting has more responsibility to shoulder. The first half may have been predictable but the acting of Shammi Kapoor and Sharmila Tagore didn’t let this thing bother the viewer for a second. 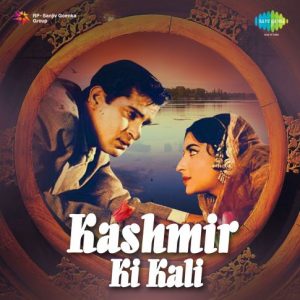 The film starts from the scene where Rajiv is sitting on the stage with his mother and a huge crowd is cheering, could be anything, at first the impression is that it is a political rally but turns out that Shammi is owner of a factory and the people in front of him are employees, gathered to celebrate the silver jubilee of factory. In this scene, many things become clear to a viewer. Shammi Kapoor is playing a role of a rich man and once he has delivered his speech another fact emerges that he is not a typical kind of rich which is often portrayed in Hindi cinema. He is gentle and sort of a commie. 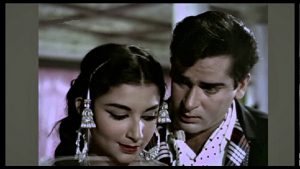 As it was a custom and still is in the subcontinent that when one reaches the age of twenty-five and has started earning he must be married off. The mother of Rajiv has been shown as a typical lady who holds to her old-school values staunchly. She suddenly desires that now his only son Rajiv should be married to a girl of her choice and this sudden desire of her looks a bit unnatural, not because of its content but timing. Another scheme should have been devised to jump from this final scene of initial phase to the next.

With this song playing in the background, Rajiv is now going to his house in Kashmir so that he no longer has any need to face his mom on his marriage issue. He meets the heroine while on his way and the first interaction between them is, however, a tad bit bizarre, but it is still as joyful to watch as it is to watch the pastoral views of the location of this film. 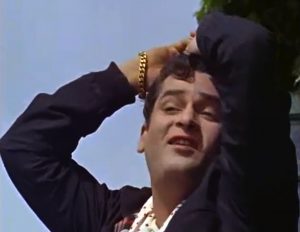 This film has numerous funny scenes to keep the viewer entertained;the tainted eyes of a sceptic viewer will get a good rinse by these scenes.  Shammi Kapoor well-shaved, in a crisp suit and with a little shaky amble can never be assumed as an actor who could have full command of comical acting – but he has it, perfectly. The overall environment of this film, when it is not romantic, is comical.

Sharmila Tagore who is a flower-selling girl in Kashmir develops a below-the-surface affection for Shammi Kapoor and didn’t let it out until a time, which if had been altered by the scriptwriter could have put-off the viewer. It was love at first sight from Shammi Kapoor, almost, but Sharmila only voiced it after a couple of get-togethers. 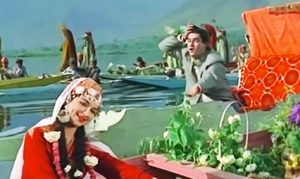 The final half of the film is full of surprises. The twists of fate and dawning of little extra-dramatic realty give the film a taste of irony and shock from the viewer’s perspective. This part of the film obviously demands a very different kind of acting from the actors who previously were immersed in their own worlds taking little notice of their surroundings. Gladly they haven’t disappointed.

The best scenes are many in this film and from every phase of it one or two can be put on display, but the most influential scene in the film remains when Rajiv has to gulp down a bitter reality about his real parentage with a big peg of single malt whisky. He doesn’t drink as another scene from the beginning of this film confirms, but here to pacify the shock of truth he finds no other way better than this.

This film is fine on emotions, good on acting and great on the storyline. It is not every day that gems like this are brought from imagination into solid reality.

The author is a journalist, bibliophile and a news junkie

Neither Sattar, nor Kamal – Why MQM needs to quickly figure out how to finance its politics

Instaggression: How social media is affecting our lives