Arth Review: It’s a must watch for Shaan’s fans! 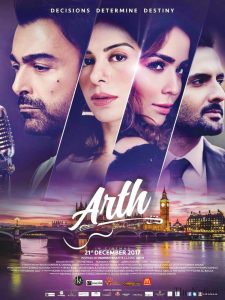 In Shaan Shahid’s remake, the film takes on a modern twist to the existential crises of has-been singers and modern housewives and mentally ill female celebrities. Shaan uses ample doses of self-deprecatory humor, powerfully relevant dialogs and soulful music to create a pertinent, fresh take on relationships and fulfillment.

The story begins with Uzma, played by Uzma Hassan, who is wife to Omar, played by Mohib Mirza. Uzma is a millennial housewife who has to struggle with various pressures of trying to look thin, be supportive of her producer/filmmaker’s ventures while her own dreams and wishes are set aside. There is a fantastic relatability to her dialogs and even though Uzma’s drama presence is far better than her film presence and while she spends most of her time crying or screaming on the screen, there’s still something likeable and lovable about her that many women, who have had to set aside their own careers to support their husbands, can relate to.

The husband, Omar, is a manipulative, charming one-dimensional man besotted by his film’s lead “Umaima” (Humaima Malick) and leaves his wife for her. Mohib’s role was initially to be played by Humayun Saeed who dropped out of the movie due to his other commitments. Perhaps it was a good decision on Humayun’s part because the audiences recently saw him as the charming but faulty Fawad Khagga in Punjab Nahin Jaungi and the year 2017 would be Fawad Khagga’s year, instead of a shadow of Humayun as Omar in Arth 2. Omar’s role is brief but significant – and Mohib Mirza has done justice to it.

Umaima’s role is written in the same way as Omar’s – they supply the soulless glitz to the film. Humaima looks great and shines in emotionally vulnerable scenes but the insistence of getting most of the dialogs between her and Omar in English are a little bit unnerving. They seem more unnatural than the alliance and the chemistry between the two. The sexy, sultry and mentally unhinged Humaima constantly dipping in and out of her bathtub create a better story than her obsessive pursuit of a married man. I found myself more interested in trying to figure out Umaima’s childhood or years in the industry than her relationship with Omar. 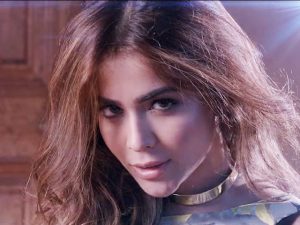 It is Shaan, however, who saves the many glaring problems in the film with his star persona and sheer screen presence. Regardless of his social media meltdowns and his controversial statements about various other artists in the industry, Shaan as Ali is likable, vulnerable and palatable. Despite his many years onscreen, Shaan’s still able to pull the audiences and when it is him onscreen, he owns it. Even if he is stumbling or fumbling, Shaan is a powerhouse of talent and good looks. In his recent films, we have seen Shaan as the angry, grumpy, fighter commando, a look that was getting far too tiring and repetitive; in Arth 2 there is a happy departure from Commander Killjoy look and it is a pleasant surprise for the new age of Pakistani film, that Shaan can make the audiences laugh and smile and fall in love with him rather than just making them chant war slogans. 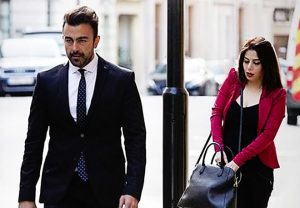 Shaan’s direction of the film is an artistic pursuit and apart from the lingering shots and the drawling scenes that at times take away from the momentum of the entire film (you might scroll through your phone while the many montage-like songs take place), the film is a visual treat. One of the biggest problems with most Pakistani films is that they never look like ‘films’, instead look like expensive dramas or high-budget telefilms. The grading, cinematography and photography, the long shots, the attention to detail (especially in Umaima’s home scenes and sequences) and camerawork are far superior to most films released this year in Pakistan. A lot can be learned from Shaan as to how Pakistani directors can appeal to an audience who have spent hundreds of rupees to go watch a feature film on the big screen – and not a home drama reproduced for the silver curtains.

The music of the film is composed by Sahir Ali Bagga and has some very powerful tracks from RonayDeh to Murshad Jee, which embody the sufi, folk melody that is very native to Pakistani audience. A similar strength is found in the cameos by Ali Azmat, Yasser Hussain who crack inside jokes that Pakistani audiences will enjoy thoroughly. 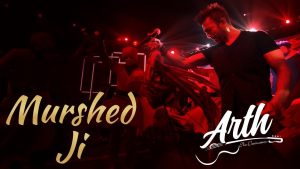 In the classic Arth, the story arcs were slightly different in terms of the choices the main characters made towards the end but there will be no spoilers in this review. You’ll have to watch Arth to find out.

Overall, Arth is a good watch and one of the better films to come out of Pakistan in the year 2017. For its powerful dialog and inviting performances, the film is 3/5 stars and definitely a film you shouldn’t miss out if you are a Shaan fan.

Neither Sattar, nor Kamal – Why MQM needs to quickly figure out how to finance its politics