Jinnah was the only option Muslims had at the time

If not Jinnah, what were the other options?This is a question which is never asked. Those who favor Jinnah don’t want to ask it and those who criticize him while blaming him for partition and all the misfortunes of Pakistan and the world do not have any answer to what would have happened if Muslims of India had rejected Jinnah and followed another of the Muslim leade 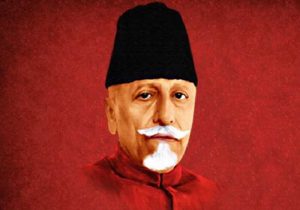 The question is who else could they have followed? Well among the available stock at that time the strongest candidate was Abu-al-Kalam Azad. He is also the present day poster boy of the anti-Jinnah brigade. One dear learned friend recently called him farsighted. Some even consider him a prophet who predicted all the problems of Pakistan.

All this makes me wonder how naïve and ignorant people are. It looks like none of those who admire him know anything about him besides that he opposed Jinnah and the idea of Pakistan. For these are those who are vigorous opponents of Islamic fanaticism and terrorism and claim that if Pakistan had not been created in the name of Islam this could have been avoided.In other words, if Muslims had listened to Azad instead of Jinnah we would all be living in a secular, peaceful India where Hindus and Muslims would be living side by side like brothers.

Alas such fantasies are a product of unrealistic imaginations. Let us look at what AK Azad stood for and what was his vision.

A bit of a mysterious character to start with, Abul Kalaam Ghulam Muhiyuddin Ahmed as he was named at birth is said to have been born in Mecca, moving to India when he was two. In his youth he started writing poetry and calling himself Azad (free). Son of a religious scholar, he was taught Quran and Hadith in depth, and for the rest of his life insisted that Quran and Hadith were the perfect guides for life. 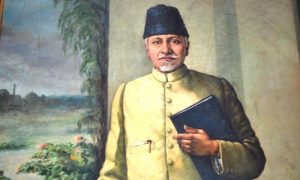 However, Azad was a radical.He rejected the traditional Muslim scholars who were happy living in India under the British and he fused his Islamic fervor with passionate anti-colonialism. And for this he wholeheartedly promoted the need for Jihad. Azad passionately believed that Muslims should not live under oppression and in such a situation it is obligatory for them to rise in Jihad to get rid of the oppressor.

As India was under British rule, Azad and others of his thinking considered a Jihad against them was the need of the day. And he did not restrict it to this, in his vision (farsightedness sic) al the western powers were enemies of Islam and what was needed was that the entire Muslim ummah unites to launch a global Jihad against the West. 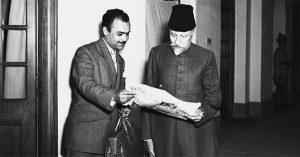 In a rousing speech in Calcutta on 27 October 1914 he compared the Muslim community like a human body and a pinprick sustained by Muslims in a distant corner of the world was felt by entire ummah. Now can the Azad-loving Anti-Jinnah people tell me what is the difference in this ideology and that promoted by ISIS, Taliban,etc?

And given the choice between a leader like Jinnah who says religion should be kept out of politics and someone who says that all Muslims should rise up in Jihad which one will you chose?

Azad, like the Jihadists of today, repeatedly warned the evil design of the Western Christian nations on the Muslim lands who they wanted to subjugate. Through his journal Al-Hilal he promoted the stories of brave Muslim Turkish warriors in Balkans fighting against savage hordes of Christians who were committing unspeakable atrocities against Muslims women and children. These writings were the forerunner of the present day Al-Qaeda/ISIS recruitment videos which show torture/rape/murder of Muslims by non-Muslims to ensnare young men to the cause of universal Jihad. 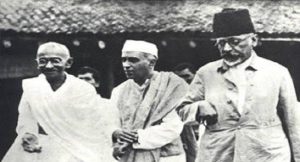 Hezbollah is a notorious group of Islamic jihadis in the Middle East. Perhaps it is worth noting that the first person who wanted to establish the Hezbollah was Mr Azad, but the British stopped him and jailed him.

What befools the ignorant is Azad’s comradery with Hindu Congress leaders, they mistake this for his secularism and universalism. The reality is rather different. In Azad’s Islamic concepts of Jihad this can only be directed against an oppressor, and since Hindus were not oppressing Muslims (at that time) but were themselves victims of the same oppressors, it was allowed to be allied with them. And for this he gave the example of Prophet Mohammad’s alliance with the Jews of Medina. I am sure our Azad loving friends know what happened to these Jews in the end.

All the above can be verified from the writings and speeches of Maulana Azad, what we need to speculate on is his long term vision, his farsightedness (LOL). And IMO this can tell us the reason for his opposition to the idea of Pakistan.

We should keep in mind that Azad did not just talk, he took practical steps to put his ideas into action. Along with Maulana Mohammad Hassan of Deoband and his colourful disciple Obadulah Sindhi he was involved in the Silk Hankey conspiracy the aim of which was to bring all Muslim areas under the Ottoman Caliph (anyone who knows how these degenerates behaved would have a fit at this idea). And then they tried to get the Afghan King Amanullah to invade India at the head of a Muslim army to liberate it from the Kafir British. 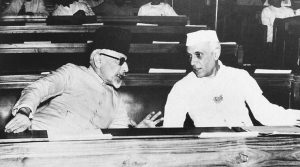 This was not a joke.For, urged by Azad, thousands of Indian Muslims sold all they had and moved to Afghanistan doing hijrat and later when Amanullah declared he had no intention of invading India they lost all they had.

And this is where I think Azad decided he cannot beat the British. He may have been a Jihadi but he was not a total fool, he realized that whatever Muslims say about divine power, the truth is that the British are too strong – so he went for plan B.

In my opinion Azad was not dreaming about a post British India where Hindus and Muslims would leave in peace as equals, but a return of the Muslim domination of India as it was before the British. And for this it was vital that Western part of India which was to become Pakistan remained intact for only through this can be links formed with Muslim states of Afghanistan, Central Asia and Iran and thus military help possible to re-create Muslim rule over India.

So what would have happened if it was Azad and not Jinnah the Muslims followed in India? Well in my opinion nothing but chaos. All the anti-Pakistan parties like Ahrars, JamatIslamietc were of the same Jihadi mind set as Azad. And all they would have done was to launch jihad and try to get Muslim states in the West of India to help them. 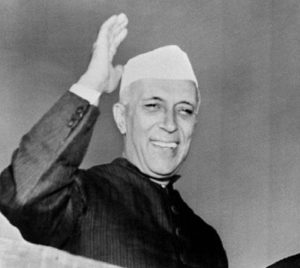 Contrary to those who claim that the Modi India is a reaction to Islamic thereat, I feel that Modi India would have come much sooner if there was no Pakistan and thus no need to appease Indian Muslims.

And thus to conclude I state that for what was available at that time Jinnah and his Pakistan was a better choice (call it the lesser evil if you want) than the Jihadi options of Azad, Ahrars or Maudodi.

Yes, it did not work out as Jinnah thought it would, it became Islamic and Jihadi, but at least Jinnah tried to prevent it.At least he took a chance rather than just giving in to the Jihadi inevitable, which the other choices it would have entailed.

No, it is not Jinnah who is the cause of Pakistan’s Islamic Jihadism, it is people like Azad, Ahrara, Maudodi and those who believe in scriptures as the guide to life.

Jinnah gave you a chance to break away, to be free of dogma.You squandered it, it is your fault.

The author is a doctor based in the United Kingdom. He is currently a consultant dermatologist for National Health Service. His interests include history, poetry, music and politics.

PKLI: The one project that can singlehandedly vindicate Shehbaz Sharif’s health reforms