Benazir Bhutto, the first and the only female democratically elected as the Prime Minister of Pakistan at the age of 35, not only once but twice, was assassinated on December 27, 2007, ten years back.

This great lady was born in Karachi and was the daughter of Zulfiqar Ali Bhutto, Former Prime Minister of Pakistan from 1971 to 1977. She took over as a chairperson of Pakistan Peoples Party (PPP) in 1982. After her two stints as a prime minister in the 1990s that were ended early amongst charges of corruption, she spent numerous years in exile in London. She returned to Pakistan on October 18, 2007 when President General PervaizMusharaf granted her exoneration on all corruption charges with plans to participate in the 2008 general election, but was killed during an attack at a PPP rally in 2007. 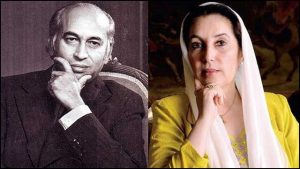 If we talk about the early life of Benazir, we see that her life was full of tragedies. Though she was born in Pakistan but at the age of 16 she went abroad for studies. After completing h 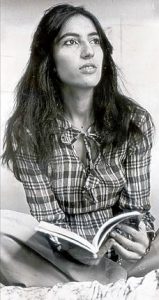 er education abroad when she returned to Pakistan, her father was elected as the Prime Minister of Pakistan.After a few days of her arrival,martial law was imposed in Pakistan by General Zia-ul-Haq and her father was imprisoned – in 1979 he was hanged to death.

She was also arrested many times over the following years, and was imprisoned for three years before being permitted to leave the country in 1984. She established herself in London, and along with her two brothers she founded an underground organization to resist the military dictatorship. When her brother Shahnawaz died in 1985, she voyaged to Pakistan for his burial, and was again arrested for participating in anti-government rallies.

After her release, she flew to London and when martial law was lifted in Pakistan at the end of the year and anti-Zia demonstrations resumed,she took advantage of it and returned to Pakistan in April 1986.The public response to her return was riotous, and she publicly called for the resignation of General Zia Ul Haq. 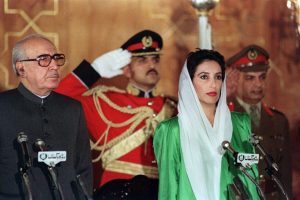 In 1988 she herself became the Prime Minister of Pakistan. After her arrival from London she also married wealthy landowner Asif Ali Zardari who also became the President of Pakistan, after the assassination of Benazir, due to sympathy votes. 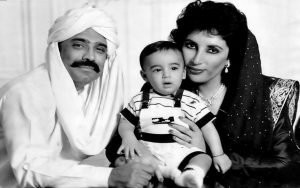 After two years into her first term, President Ghulam Ishaq Khan terminated her from office. Then, she started an anti-corruption campaign, and in 1993 was re-elected as Prime Minister. 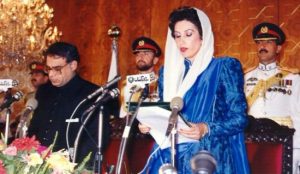 While in office, she brought up electricity to the rural area and assembled schools all over the country. She made hunger, housing and health care her top priorities, and worked hard with the aim to modernize Pakistan.

During that time, she faced continuous opposition from the Islamic fundamentalist movement. Her brother Mir Murtaza, who had been separated from Benazir since their father’s death, returned from abroad and leveled charges of corruption at Benazir’s husband, Asif Ali Zardari. Mir Mu 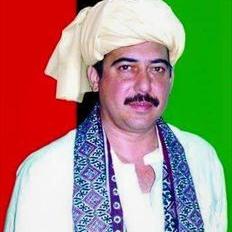 rtaza died when his bodyguard became involved in a shoot-out with police in Karachi. The Pakistani public was shocked by this crack of events, and PPP supporters were alienated over the charges against Zardari.

In 1996, President Leghari dismissed Benazir Bhutto from office, alleging her of mismanagement, and dissolved the National Assembly. The re-election proposalby her failed in 1997, and the next elected government, headed by the more conventional Nawaz Sharif, was defeated by the military. Her husband, Zardari, was imprisoned, and once again, she was forced to leave Pakistan.

For nine years, she along with her three children, Bilawal, Bakhtawar and Asifa, lived in exile in London, where she continued to advocate the rebuilding of democracy in Pakistan. Asif Ali Zardari was later released from prison in 2004 and joined his family in London. In 2007, in the face of death threats from radical Islamists, and the hostility of the government, Benazir Bhutto and her husband returned to their beloved country. 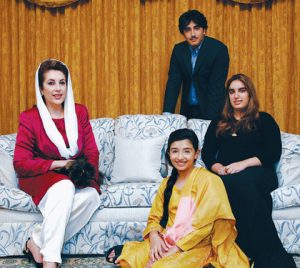 Though she was greeted enthusiastically by the crowd, but was attacked by a suicide bomber in which hundreds of people were killed but she was saved. But in the second attack when she was shot by a gun in a rally held in Rawalpindi, she succumbed to death.

Her death left the whole nation shocked. The country was at high alert and there was unprecedented grief among the supporters and lovers of Benazir Bhutto. 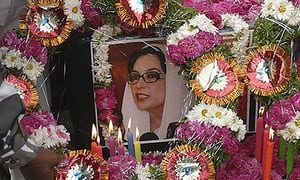 Before her death she once declared Bilawal Bhutto Zardari, her son, to be the Chairman of Pakistan Peoples Party after her. Later after her death, President Pervaiz Musharraf was forced to resign and her husband Asif Ali Zardari became the President of Pakistan.

Benazir Bhutto is seen as a symbol of women empowerment and her career has been celebrated as an accomplishment for women in the Muslim world.  Her aim was to modernize Pakistan and she once said that:

Author is a student of BS in Media and Communication Studies at University of Central Punjab. She has keen interest in current affairs and loves to write articles on different issues.