Remembering the martyrs of Bangladesh

December 16 might seem like a normal day to anyone,just like any other day in the calendar. But this day is very important to every single person from Bangladesh.After 9 months of struggle we got our own identity on this very day in 1971. This day is celebrated as Victory Day of Bangladesh.

On August 14, 1947, two countries, India and Pakistan got independence from the British rulers. At the time Pakistan was divided into two zones, Western and Eastern. The Western zone was popularly (and for a period of time, also officially) called West Pakistan and the Eastern zone (modern-day Bangladesh) was called East Bengal and later, East Pakistan. 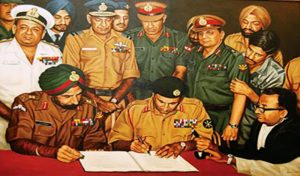 After that East Pakistanis gradually became more conscious of their rights and they were becoming stronger in protesting against West Pakistan that went beyond their privilege. Several years later, after the night of March 25 in 1971, when the Operation Searchlight was started, the West Pakistani Army killed thousands of Bengali people in only one night and as a result, the Bangladesh liberation war broke out. On that night, the main reinforcement was Dhaka, Khulna, Chittagong, Comilla, Jessore, Rajshahi, Rangpur, 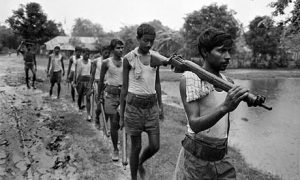 Afterwards, the war for liberation began, this war was not just for the separation of East Pakistan from the control of West Pakistan, but was a war for identity and self-respect, and to gain their own rights and Independence. 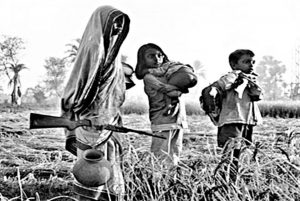 West Pakistan was empowered with well-equipped Military forces whereas East Pakistan had a few well-trained Military and manpower. But the Bengali people had strong will and courage, so people from all walks of life joined the liberation war and they fought fiercely to maintain their identity. After a long hard fight and lots of sacrifices from both the freedom fighters and innocent Bengali citizens, a new nation with a new flag got her recognition in the world map.

This year we are going to celebrate the 46th Victory Day of Bangladesh to remember all the martyrs who sacrificed themselves for Bangladesh. The 16th is not just a day,it’s a day that represents our pride.

Farzana Binte Iftikhar is from Bungladesh. She is currently doing Masters in tourism from China.

How to cure the yellow fever of journalism

Dear APS martyrs, it didn’t take us long to forget you. But please do forgive us