For any nation in the world, its culture and traditions hold supreme importance as it distinguishes it from the rest of the world. But at the present hour, the world has become a global village, because of the advancement man has made, and this development is also affecting the cultures and traditions of some nations at an incredible pace.

Pakistan is a country which came into existence on August 14, 1947 after the remarkable struggle of our great leader Quaid-e-Azam Muhammad Ali Jinnah, on the basis of Two Nation Theory which states that Hindu and Muslims are separate nations religiously, culturally and traditionally.

“The Muslims demand Pakistan where they can rule in accordance with their own system of life, their culture development, their traditions and Islamic laws.”

But now, if we compare the current situation of our country with the past, we can easily see that our youth has forgotten the struggle of our elders. Our youth is adopting things which are against Islam and our culture. The culture in Pakistan is on a gradual decline and the media in general and Indian channels in particular are playing a fundamental role in this regard. 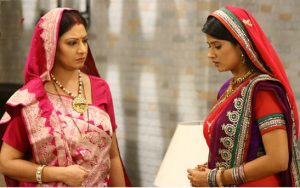 Indian movies and dramas are brainwashing the younger generation of Pakistan, as these youngsters follow the culture shown in Indian movies and dramas at the expense of their own cultures and traditions. We all know that the Islamic culture is different from that of Hindus. But our so called “modern” youth of Pakistan has forgotten this difference. They celebrate the festival of colors in universities which is known as Holi among Hindus, as well as thanksgiving for a good harvest. This is the result of films and dramas, because the youth in Indian culture celebrate this festival in an attractive way and our youth finds it quite enjoyable. No doubt, all the Hindus are allowed to celebrate it in Pakistan, but this is not applicable for Muslims. 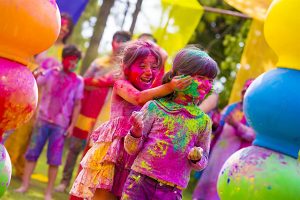 Indian movies are easily accessible in cinemas in Pakistan which is pretty alarming as it is destroying our local culture. Indians love to promote their culture and never miss a chance to promote it throughout the world. But if we talk about the Pakistani film industry, we observe that we have adopted the Indian and western trend more than our country’s very own traditions. Even our Pakistani kids have memorized their propaganda and are not familiar with their own country’s national anthem.

Our Islamic tradition teach us to say salaam to everyone but if we see our film industry has forgotten it completely and instead of salaam they show the artists greeting each other with “hi and hello”. Our culture does not allow our men and women to touch “na-mehram” without marriage. But now in our own Pakistani films we show hugging and showcase the touching trend, which is being followed by the western countries. 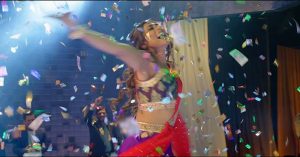 If we talk about our elite class and upper-class societies, this trend is very common. They do not bother to say salaam even to their elders and hangout with their friends forgetting their limits. This is also leading them towards sin. Zina, which is the biggest sin in Islam, is becoming very common because our youth is following the western culture more than its own.

Have you ever seen any country overlooking their own culture and following others? If we talk about India, they promote their language, their dresses,and their beliefs all the time. Everyone in the world is well-aware of their culture. Coming towards Pakistan, Pakistanis themselves are not well aware of their own traditions.

The dresses worn by us are mostly of western style. Girls who typically wear shalwar kameez are called “Behn Jee” in our modern colleges and universities. How can one be insulted for wearing our national dress? Our youth is somehow promoting the western trends which are the actual motives of the West, as we all know that western countries and Indians are against Pakistan and they want to destroy us and our culture.

We also see a language issue as well. Urdu, which is our national language for which our Quaid fought with the Hindus, is now considered as a language of poor people, especially by our elite class. They think that if they communicate with each other in Urdu it will spoil their reputation and people will consider them as “Paindus”. 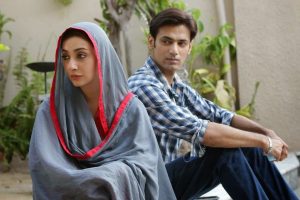 Why are our tradition, culture, beliefs and even language not accepted by us? Why do we disown our true identity? Why are we adopting the traditions of Hindus and West again? How can we forget the fight and struggle of our elders for winning a separate country where Muslims could live peacefully? Are we really ashamed of being Pakistanis? If our generation had to adopt the culture of others, then there was no need a separate homeland for Muslims for the promotion and practice of their culture freely.

Wake up people! Don’t let your identities of being a Pakistani be destroyed by adopting other cultures.

Not only Indians, but also Arabs, the British, Africans and even Chinese people love to promote their culture. Why can’t we?

Being Pakistanis, it is our duty to practice our culture and tradition without any hesitation and show the world how beautiful our traditions are.

Author is a student of BS in Media and Communication Studies at University of Central Punjab. She has keen interest in current affairs and loves to write articles on different issues.

Downfall of music in Pakistan

Despite tall claims, Sindh government is making citizens drink poison instead of water