‘One is not born, but rather becomes, a woman’

This statement is from French existentialist philosopher and feminist Simone de Beauvoir’s book The Second Sex. The book was published in the late 1940s when women were demanding equal rights in the French society. The Vatican placed it on the list of most forbidden books. A year before the publication of the book the French legislation granted women the right to vote. The book played a vital role in the emergence of second wave feminism. In which women demanded the right of abortion, equal wage and property rights. Second wave feminism led to the rise of women in every field of knowledge. 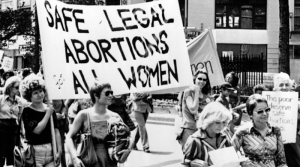 But the issue of gender inequality is still prevalent in the developed world. United States of America, the birth place of waves of feminism has been unable to produce a single female president in its whole history. Recently Hillary Clinton was a tough candidate for Presidential elections, but Trump’s unique style and unpredictable behavior attracted the masses and eventually became the forty fifth president of United States of America. The highest position served by a woman in the US government is secretary of state. And among the 59 secretary of states, only three were women. Until 1997 no women served as secretary of state in the whole US history. Last three are Madeleine Albright a democrat secretary of state from 1997 to 2001, Condoleezza Rice from 2005 to 2009 and Hillary Clinton from 2009 to 2013. Apart from this the US armed forces, the largest in the world, are predominantly run by male generals who have a final say in the major policymaking decisions. Ironically, developing countries like Bangladesh, Pakistan, India and Burma have been ruled by a female leader up to some point in its history. The promoters of Western idealism should acknowledge the developing world progress in terms of gender 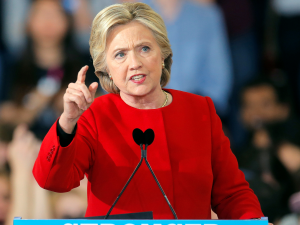 equality.Furthermore, North Atlantic Treaty Organization (NATO), the premier security organization of Western world, has never been headed by a female secretary general. And it is true that many female military officers are serving in the organization but most of them are for nursing and logistic purposes with no formal combat role.According to Forbes, all of the top ten richest people in 2017 are male. The founders of Microsoft, Facebook and Amazon are present on the list. There are female billionaires but the number is minimal. And majority of the global corporations are headed by male executives.

Simone de Beauvoir writes in her remarkable work The Second Sex, “I must of all say: I am a woman; on this truth must be based all further discussion. A man never begins by presenting himself as an individual of a certain sex; it goes without saying he is a man”. Her work laid the foundation of distinguished identity for women, before that women were treated in relation to men. All of history is written by men and women are absent from the scene. Simone de Beauvoir believed that women are not born weak, but instead made a weak creature by society. 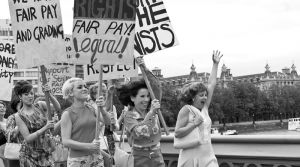 The most astonishing fact today is that feminism has been labelled as hate for men.The rise of feminism was not based on hate for men, but giving equal representation to women in social, economic and political life of the country. The second wave of feminism led to the rise of women in all affairs of the state. The notion that it is the destiny of women to give births and work in house was challenged. Before second wave of feminism, the consciousness of women was solely restricted to her house and children. After the successful struggle women started taking part in every sphere of life.

Though today women in the western world are better than before. Germany is run by a female chancellor and Great Britain by a female prime minister. But achieving full gender equality is still a distant dream.The developed world should stop beating the doldrums of gender inequality in the third world and start focusing on their own house. Because the issue of gender inequality is not only confined to the developing nations, but the whole world is facing this menace.

Our obsession with English, and inferiority complex, is pulling us back