We all remember it as the flight Junaid Jamshed died on, but there were 46 other souls on that plane. Sitting across from Shah Fahad, my legs trembled and quivered as he talked about the loss of his youngest sister, Ayesha.

A 24 year old, full of life and joy, her whole life ahead of her, she was on the flight to go receive her M.Phil degree from Quaid-i-Azam University prior to joining her husband in Canada to start the next chapter of her life. Unfortunately, tragedy struck and she embraced martyrdom on the Islamabad bound flight PK 661 as it crashed in Havelian. 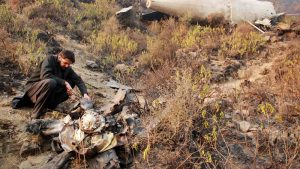 Amazed at his courage to talk about his sister with complete strangers time and time again, I was more so in awe of his strength in maintaining his composure when he expressed not only his loss, but also the anger, frustrations and the hurt he has faced since her passing at the hands of PIA, the government, and the various institutions he has been made to interact with since the accident.

Having gone back and looking at the pictures of the crashed flight after meeting Shah Fahad, I could not help but imagine being in his place. Looking at those pictures and then recalling some of his stories and experiences, I too, felt angry and frustrated. I doubt, however, I will ever be able to comprehend the true extent of his loss, his anger or his frustrations. I can only but convey his grievances, and attempt to articulate his resentment towards those with whom he has had to deal with in order to get justice for his sister. 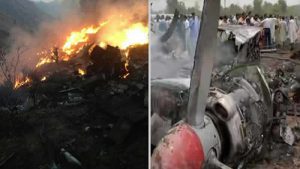 The first set of challenges he faced was in trying repatriate his sister’s body back to his hometown, Chitral, from where the ill-fated flight took off. Misinformation, delays, being sent from hospital to hospital, all fail in comparison to the story he shared about being forced to have his mother’s blood brought over from Chitral so that a DNA test could be conducted.

He shared how his brother-in-law made the treacherous journey, on the mountain roads of Chitral, in the middle of the winter season, ata time where one of the most dangerous roads in the world is covered in snow. I very much suspect this image will stay with me forever. Not one of us could imagine making this journey,especially so in such emotional and distressing circumstances, a situation which is compounded by politicians, bureaucrats, government officials, and heartless doctors, all trying to hog the limelight.

My heart broke when he told me that rescue workers delayed moving the martyrs’ bodies for almost two hours, just so a famous politician could come, visit and have his picture taken. Similarly, before releasing the bodies, a similar delay occurred, as another politician was apparently tied up in a meeting in Gwadar and wanted to be present for the photo-op the moment the bodies were released to their loved ones. 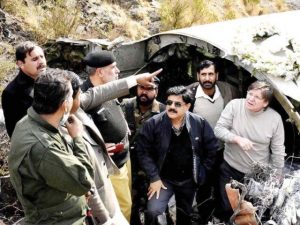 Despite all the challenges, and being made to do the run-around, Shah Fahad persisted. Going from hospital to hospital, he finally found his sister. She was returned to him in a sealed coffin. Failures on the part of our government led to the bodies of the victims to be stored in a facility not designed for body storage, but for storing fruit. This caused the bodies of the martyrs to deteriorate and they all had to be buried in sealed coffins. Such indecency, lack of respect, and impersonal attitude sent shivers down my spine.

His strength further impressed me when he told me that he accepted what happened has happened by the will of Allah and he takes no issue with it. What he holds issue with now is mainly two things; release of the inquiry report and the results of the DNA tests.

Despite his acceptance of the fact that it was his sister’s time to leave this world, he does want to know why the accident happened and if it could have been prevented. Questions only the inquiry report can answer. The investigation report which followed the accident has not been made public. Despite promises to the contrary, the report either remains incomplete, or has been hidden. A fair and impartial investigation and inquiry committee will surely reveal the cause of the accident and hold the people responsible for the accident accountable.

Somewhere in my mind, and I imagine in his mind, lingers a very unpleasant thought. Is her sister really in the coffin? He told me the story of how one of the other victim families figured out the coffin they were given did not belong to their loved one. This thought has festered in my mind and in the minds of all the families of all the victims. A refusal on part of the authorities and the hospitals to release the DNA results only feeds this thought. Why are they refusing to release the results?

Whenever Shah Fahad, or any other victim family, has tried to approach the authorities or the PIA, they have been met with nothing more than sheer hostility, rudeness and apathy. The attitude of PIA is especially hurtful and shocking to see. How heartless one needs to be to be so callous, rude and apathetic towards people who have died as a direct result of your actions. PIA should be ashamed of their behavior and the governmental institutions need to ensure they take steps to ensure such issues are redressed in an appropriate manner. Throwing money as compensation at the problem is not going to make it go away. Compensation, which despite having been promised by the PM over nearly a year ago, still remains unseen by almost half of the victim families.

December 7, 2017 marks the first anniversary of the tragic loss which faced not only the 47 families, but the whole country. Shah Fahad’s and the victim family’s requests are simple. They request the government to make public the enquiry, to make public the DNA test results, and ensure the compensation promised is paid out without further delay. Not only to allow Shah Fahad, his family, and all other families to move on with the knowledge and comfort that they have indeed buried their own loved ones, but also to give all of them, especially the widows and the orphans, a means to move on. Though the financial compensation as promised by the PM will not make the families whole, it would certainly be a good start in making up for all the hurt, anguish and the pain they have been put through.

Sindh education minister’s comment on NTS-passed teachers is either a terrible joke, or downright abuse