Dishonour killings: The extrajudicial jirga system needs to be eradicated

In 2016, the documentary A Girl in the River: The Price of Forgiveness won an Academy Award in the Best Documentary Short category. It is about a nineteen-year-old girl from the Gujranwala district who survives an honour killing attempt at the hands of her father and uncle. After a strong reaction to the film, the Pakistani government decided to review its laws on honour killings. 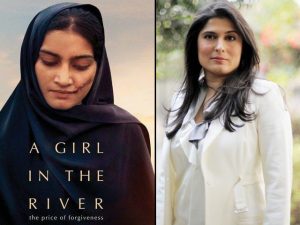 In the same year a joint session of parliament unanimously approved anti-honour killings and anti-rape bills moved by Pakistan People’s Party (PPP) senator Farhatullah Babar as reported by Dawn. The bills included stricter punishments as compared to before. But one year passed and the cycle of honour killings still continue in the country with recent cases in Multan, Dera Ismail Khan and so on. Although, the culprits have gotten arrested in both cases it still doesn’t change the fact that these will stop – and one wonders where next? The dishonour killing of Abdul Hadi, 24 and Hasina Bibi, 19 being killed on the orders of a Jirga (Tribal Council) on 27th November is the most recent case.

Abdul Hadi and Hasini Bibi were newlyweds who married against their family’s wishes. They hailed from the Kohistan district in Khyber Pakhtunkhwa district and married in Karachi a few months ago. Their bodies were found in Karachi graveyard on 26th November but the tragedy took place about a week ago. Abdul Hadi’s father and other relatives were arrested who confessed to killing the couple with knives on the orders of a Jirga for dishonouring their culture. What’s ironic is that November 25th, a day close to the discovery of the dead bodies of the couple happens to be International Day for Elimination of Violence against Women. 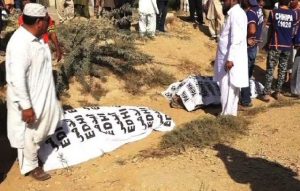 Despite strict laws adopted last year, honor killings still take place in the country and violence against women is rampant. Although strict laws are essential for such cases, it is also important to change this mindset that a woman is either seen as property or something that is equivalent with honor and not as a living, breathing human being. The Pakistani government, human rights groups and the media should take responsibility for educating people and changing the mindset regarding killing for honour and show that the real shame and dishonouring is in murdering someone for studying, working or freewill marriage.

Another menace is the Jirga. People especially in the conservative areas need to educated about the illegal Jirga system and that they must not rely on them. The Pakistani government and the police must take action against such groups for making their own laws and so called judicial system because it is against the law and is an outdated and dangerous concept that has no place in modern society.

RIP, the writ of state in Pakistan

Divorce highly condemnable but is in vogue