On 16th December 2014, a deadly and horrific attack took place in the army-run Army Public School in Peshawar, Pakistan which killed 141 people including 137 children. The incident shocked the entire world. In response to the tragic event, Pakistan increased operations throughout the country particularly in the Federally Administered Tribal Areas (FATA), authorized military courts to try civilians and lifted the moratorium on the death penalty. 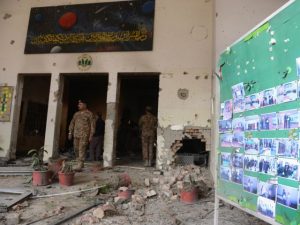 While there’s a drop in terrorist incidents due to strict measures taken up by the Pakistani government and the military, bringing back the death penalty has little to nothing to actually do with it.

Initially, after the horrific Peshawar incident it was thought that the death penalty was only reserved for those who have been committed of serious terrorist offences. But that is unfortunately not the case. According to a report by Justice Project Pakistan (JPP), a non-government organization (NGO) working for prisoner rights about 483 prisoners have been put to death which includes mentally challenged people and juveniles and about 8,200 people in the country are on death row. Aftab Bahadur Iqbal was convicted when he was only 15 in 1993 and was forced to confess to a crime he did not commit, according to human rights groups. Despite his lawyer’s efforts into bringing new evidence, he was executed on 10th June 2015 after 22 years since his arrest. Similarly Zulfiqar Ali, a former physical training instructor at the Pakistan Navy was arrested in 1998 after shooting two armed robbers in self defense. He did not have enough money to afford a lawyer and a court-appointed attorney represented him who abandoned the case when he was unable to pay him additional money. His appeal was rejected by the Supreme Court in 2002 and he was executed on 5th May 2015. These are just some of the examples which show that death penalty is a cruel act where there will always be cases of people who are either innocent, mentally challenged or have not reached the legal age yet.

In its report titled Trial and Terror: the Overreach of Pakistan’s Anti-Terrorism Act by the JJP, it explains the loopholes in the Anti-Terrorism Legislation, which includes an unclear definition of terrorism, extraordinary police powers, torture and forced confessions. The Pakistani justice system is quite flawed. The police are more concerned about solving cases quickly rather than actually trying to properly investigate. The executions are also seen as case of trying to prevent overcrowding in prisons. Yet it has failed to serve its original and main purpose which was to stop terrorism. 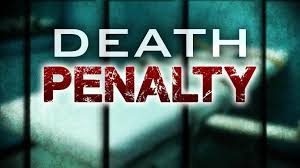 The death penalty is not an effective punishment and in Pakistan has done nothing to stop terrorism. It’s also a violation of human rights when people accused happen to be either innocent, mentally challenged or young. Life imprisonment is a more effective solution, as the torture of being confined in a single room for prisoners long enough is a huge amount of torture for people committed of serious offences. The Pakistani justice system needs reforms, so the Police and other relevant organizations are able to do their job more properly. Prisoners should not be forced or tortured into giving false confessions and more effective methods should be brought up in bringing the culprits to justice. The death penalty is an outdated law which has no place in the society today. It is also a violation of human rights and needs to be abolished.

Was the chaos in Islamabad caused by the power shift within the House of Sharifs?

Review: Daniel Chidiac’s ‘Who Says You Can’t? You Do’ will give your life direction

Divorce highly condemnable but is in vogue