Faiz is, and will remain, Pakistan’s greatest poet

Faiz Ahmed Faiz, who passed on from this world 33 years ago is, and will remain, the greatest poet who called Pakistan his homeland. And yet Faiz as a poet had arrived well before Pakistan was created.

Analysing his own poetry Faiz divides it into three distinct phases, all of them created by the specific situations he faced and which made him aware of new sensations, dimensions and feelings. These he used to create his poetry.

The first of these phases was love. Faiz’s poetry between 1928 and 1934 is by and large derived from romantic love. Initially it was all love of women though the object of desire was often in the past (a girl who lived next door to him in Sialkot and was married off to someone else) or unattainable which was his close friend’s wife Dr Rashid Jehan. Towards the end of this period, under influence of Dr. Jehan and others Faiz moves on from love of beautiful women to love of humanity as a whole. The fruit of this phase was Faiz’s first collection of poetry Naqsh-a-Faryadi. 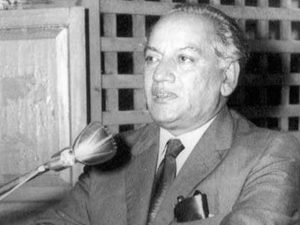 The second phase of his evolution as a poet was the result of the four years he spent in jail during the 1950s. Faiz considers this a very important event in his poetic development. He tells us that when one is incarcerated a lot of forgotten things come back to us, like the beauty of a starry night and the wonderment at the blueness of sky. And then one has a lot of time to reflect on these and using them to create poetry. Faiz’s experience in captivity resulted in two books of poetry, Dasta-a-Sabah and Zindan Nama.

The third and final phase in Faiz’s poetic career came from the experience of exile. He was forced to leave his beloved homeland and the city of Lahore. The events led to his final book Meray Dil Meray Musaffir.

It is said that the more the things change the more they are the same and in a way humans are no exception. During a reasonable lifetime great men like Faiz sahib and ordinary mortals like us go through many experiences which shape our behaviour and the decisions we take. For most of us there is no permanent record of our thoughts but for poets and writers what they write becomes an everlasting record of their thoughts at that time, even if these change later in life. 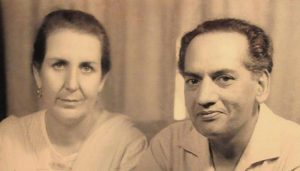 Yet even after many changes we can never divorce ourselves from out past. For Faiz sahib, despite his universal fame and admiration, he never grew out of his simple childhood spent in the cobbled street of Sialkot.Interestingly these were the same streets where my grandfather and my father would have spent their childhood and which connects them with each other.

And no doubt towards the end of his life Faiz returned to his roots by spending has last days in Lahore and visiting his birthplace a village near Sialkot city.

The author is a doctor based in the United Kingdom. He is currently a consultant dermatologist for National Health Service. His interests include history, poetry, music and politics.

Human Rights – Do we even have them in Pakistan?